A new 'lie detection system' will be developed to detect slight movements of facial muscles and detect lies with high accuracy. 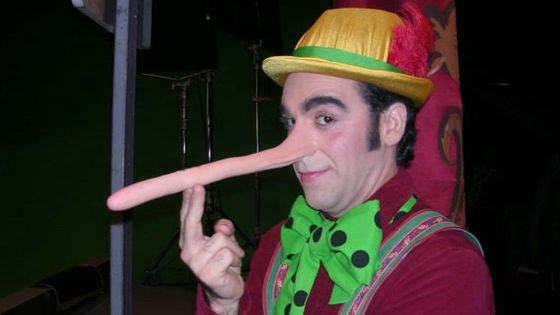 An Israeli research team has developed a system that uses electrodes attached to the face to detect lies from the electrical activity of the facial muscles. Although research is in its infancy, it is reported to have achieved the highest level of accuracy for this type of technology.

Lie to my face: An electromyography approach to the study of deceptive behavior --Shuster ---- Brain and Behavior --Wiley Online Library
https://onlinelibrary.wiley.com/doi/10.1002/brb3.2386

The lie detection system newly developed by a research team led by Professor Dino J. Levy of Tel Ahib University uses a sticker with electrodes to monitor and measure muscle and nerve activity developed by Professor Yael Hanein who participated in the research. This sticker with electrodes has been commercialized by healthcare company X-trodes Ltd. as a 'sleep monitoring device', but this time Professor Levy decided to use this device as a lie detector. The research team conducted an experiment in which 48 subjects were asked to lie by attaching stickers with electrodes in question to the cheek muscles near the lips and the muscles above the eyebrows. The subjects form a pair of two people, 'the role of lying' and 'the role of spotting lies', and the role of lying is instructed by earphones using two words meaning 'line' and 'tree'. I lied or didn't lie. If you don't lie, say it as instructed, but if you lie, say 'tree' when you get the instruction 'line', and say 'line' when you get the instruction 'tree'. As a result of the experiment, it was found that the role of detecting lies cannot be detected, but when the authenticity was judged from the muscle activity measured from the sticker with electrodes, the maximum was 73%, which is the best class for this kind of technology. I succeeded in detecting the lie with the accuracy of.

Professor Levy has positioned this experiment as an early stage, 'this was the first study, and the lie itself was very simple.' 'There are many signs of lies, and we have two of them. I just found it. ' Regarding future prospects, he said, 'In the future, we are developing video software that determines the movement of facial muscles from the appearance and identifies lies, so that we can eliminate the need for electrodes.'