'Ability' is activated when you collect people of the same class with different weapons. 'Despot's Game: Dystopian Army Builder ' is a game that builds the strongest team and clears the dungeon. It is being distributed as an early access game, but the review is 'very popular', so I actually played and confirmed what kind of game it was.

You can see how you are playing 'Despot's Game: Dystopian Army Builder' in the video below. All battles are auto battles, and all you can do is acquire the passive skills that your army strengthens and watch your army fight against the enemies that appear one after another.


The start screen of 'Despot's Game: Dystopian Army Builder' looks like this, and it is a game that supports Japanese. First, press 'New Game'. 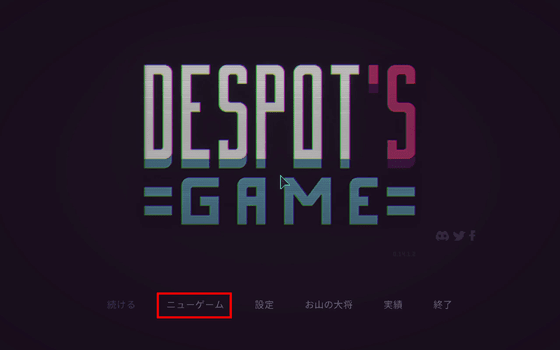 Keep the difficulty and game mode as they are, and press 'Start' to start the game. 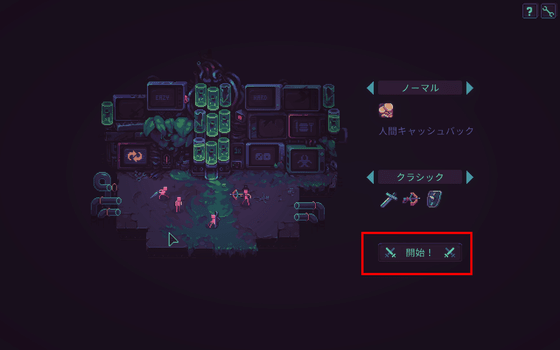 At the start, the game starts with '4 humans' who are combat personnel. The humans that make up your army are characters who change jobs to different professions depending on the weapons they have. 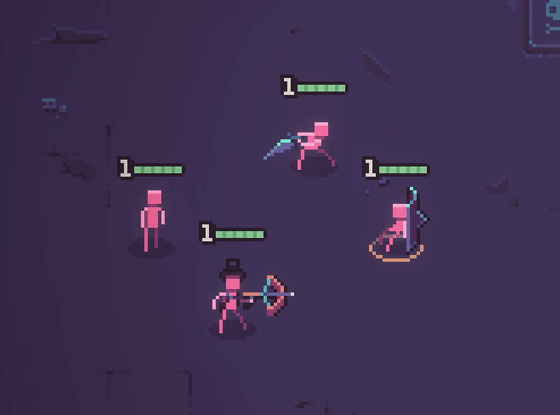 There is nothing left in the start area and there is nothing to do, so you need to move to the next area. Area movement is possible with the 'WASD' key. The red frame in the image below, the arrow and the green line are the 'closed gate', and press the W key to go to this gate. Then I moved to the next area. In the center of the right side of the screen is a red skull and crossbones, which means that enemies will appear. The lines of the upper and lower gates are red, and you can not go through the gate unless you destroy the enemies that come out. Before the battle ..., you can change the formation before the battle. For example, it is better to place a highly defensive tank in front and a shooter who is good at long-range attacks in the back, and to rearrange the character, just left-click the character and then right-click the place you want to place. It can be done easily. However, if you press and hold the 'Q' key, everyone will be automatically placed in the appropriate position, so if you want to finish quickly, you can rearrange by pressing and holding the Q key. 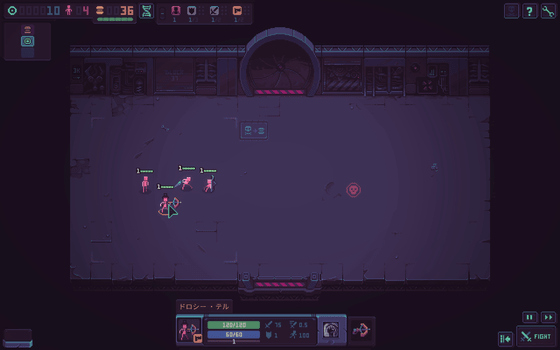 When you are ready, press the 'FIFGT' button at the bottom right or the 'F' key to start the battle. 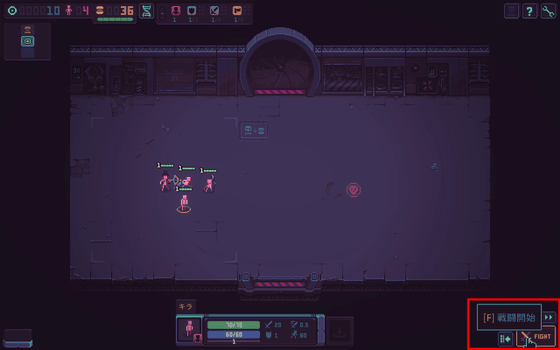 The battle is an auto-battle in which the character automatically performs skills and attacks, and the player can only watch over his own army. The HP of each character is displayed overhead, and if you annihilate the enemy before your army is annihilated, you will win. 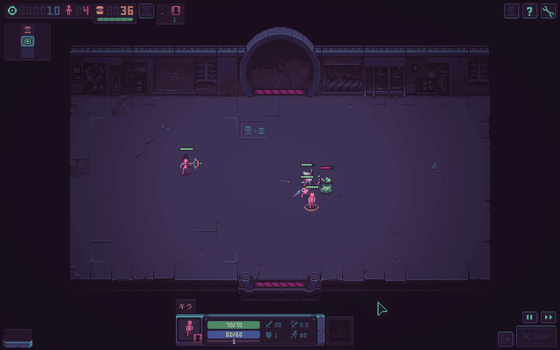 If you win the battle, you may see the shop like this. All items displayed in the shop can be purchased by consuming 'tokens' obtained by winning battles. I currently have 19 tokens. The icon at the top of the item indicates the occupation, and the number at the bottom indicates the selling price. First, buy a weapon for a newcomer who doesn't have the item and remains weak. This time I will buy a 'dark cloak'. You can purchase and equip a weapon by clicking and dragging it to a newcomer, or by holding down the 'Ctrl' key and clicking on a weapon. Newcomers equipped with dark cloaks have changed to 'cult followers' positions. Once you get a job, it doesn't change until you die, and you can't remove your weapon. Since I had some tokens left, I will buy a new one and one weapon to expand the party. It doesn't make much sense to buy only weapons or newcomers, so you need to consult with the remaining tokens and prepare a set of newcomers and weapons. If you don't have a weapon you like, you can adjust it well by 'rerolling' to replace items and 'upgrade' to increase the appearance probability of rare weapons. 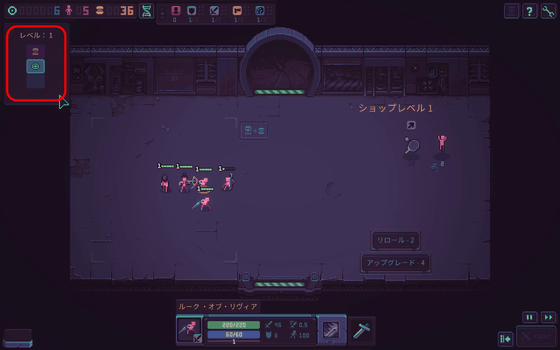 It's a battle again. It should be easier to win by giving newcomers weapons and increasing the number of humans. I won successfully. This area has a food shop where you can buy food with tokens after battle. I currently have 31 foods. This number decreases by the number of humans each time you move the area. Food management is important because when you run out of food, you will be

debuffed by increased damage and eventually become stuck. If you run out of food, you can thin out humans and turn them into food. Shops have reappeared in the next area. Buy one newcomer again and buy and equip a weapon like a laser gun with a sniper icon on it. With two shooters and two humans equipped with different weapons, the shooter has gained the ability of 'Attack Speed Aura (Level 1)'. Attack Speed Aura (Level 1) is the ability to increase the attack speed of all allies by 15%. In this way, by gathering multiple people of the same occupation and with different weapons, you can acquire powerful abilities. In addition to purchasing items, tokens are also used to build a skill tree called 'mutation'. It is necessary to use different tokens for mutations that have a positive effect on all humans and for purchasing weapons and food that power up each individual. If you continue exploring for a while, you will reach the area where the 'boss' is waiting. Event areas may appear on each level. I was told to look for a person infected with 'T virus' ... Various events are waiting for you, such as talking with the 'surviving boy'. There are basically five areas: 'item shop', 'food shop', 'event area', 'boss area', and 'empty area'. Battles basically occur outside the event area. This game is a roguelike game where you can enjoy different developments for each play, but if it is wiped out, you can acquire skills that can be used only in the next game, and you can make a 'slightly strong new game'. 'Despot's Game: Dystopian Army Builder' is a very strategic game with simple operations, such as collecting weapons and activating abilities while paying attention to food management and mutation construction. It was 'Surumege' that time had passed when I noticed that I was playing with Chimachima.

The price of 'Despot's Game: Dystopian Army Builder' is 1520 yen including tax. It is released as an early access game on Steam.