What is a project to talk to whales using artificial intelligence? 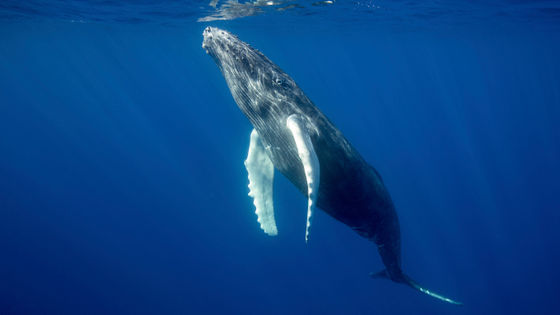 It has been confirmed that whales have high intelligence, emit unique sounds, and communicate with each other. A project is underway by oceanographers and machine learning experts to analyze this sound called 'whale song' with AI, decipher what kind of communication the whale is doing, and try to talk. increase.

Are We on the Verge of Chatting with Whales? | Hakai Magazine

In 2017, the concept of the project 'CETI (Cetacean Translation Initiative)' to decipher whale songs started at the one-year interdisciplinary exchange 'Harvard University Radcliffe Institute for Fellowship Program' held at Harvard University. Did. Michael Bronstein, a computer scientist at Imperial College London, who participated in the program, met with Israeli cryptographer Shafi Goldwasser and others, and AI processes human language. While talking about the progress of his abilities, he solidified the idea of deciphering the whale song.

Later, David Gruber, a marine biologist at City University of New York, who came up with the idea with Bronstein and others, contacted a biologist who recorded a large number of sperm whale songs around the Caribbean Sea, and he was very much in contact with him. He said he tried a simple analysis. Although the analysis yielded the expected results, millions of song data were needed for a deeper analysis.

There is also the fundamental question, 'Do animals other than humans have a language?' Hakai Magazine, a scientific media, raises three points about the relationship between animals and language.

1. 1. Do the words spoken by animals have meaning?
If each animal's bark has a meaning, it can be said that it is 'communication in language', at least from the viewpoint of 'communication in meaningful words'. In fact, some animals are said to speak meaningful words, and the Siberian bird Siberian jay has 25 different barks, some of which have meanings such as 'warning.' matter.

2. Is there a grammar in the words spoken by animals?
It has long been thought that animal communication lacks sentence patterns. But in 2016, The Graduate University for Advanced Studies researchers is, tits that is the cry that sounds emitted there is a difference of meaning by the order and combination shows , this is it and can be seen as a 'grammar'. 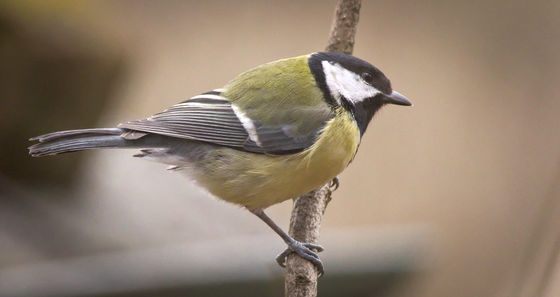 3. 3. Are the words spoken by animals innate?
Hakai Magazine points out that if an animal's bark is innate, it is not called a word. Austrian biologist Konrad Lorenz said, 'Animals are born with a large repertoire of expressions, but these are unconscious behaviors comparable to human smiles and yawns, not comparable to human spoken language.' I was arguing.

However, some animals are known to 'learn' words after birth. Such animals include birds that call each other by name and dolphins that acquire a unique bark.

In addition to the above, Bronstein et al.'S CETI research team has developed a bark to communicate in the deep sea of total darkness, and the whale's brain is the largest in the animal kingdom. Based on the above, it was judged that 'it is worth deciphering the whale's bark'. 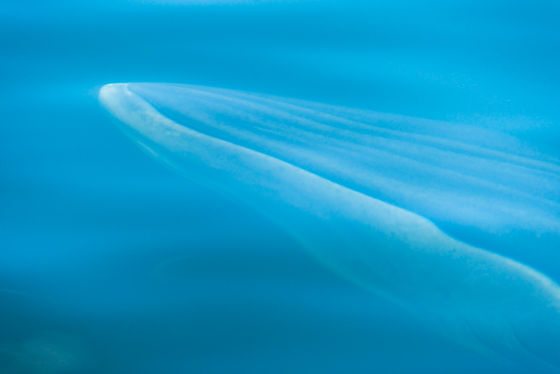 The research team has

a track record of continuing to chat with humans without getting caught, and is using the high-precision language model 'GPT-3 ', which is also called 'too dangerous', to learn the bark of sperm whales. is. However, the number of 100,000 kinds of bark data collected from sperm whales is not enough, and the goal is to expand the data. In addition, he is planning to develop a system that interprets the collected calls grammatically correctly and creates free sentences.

However, even if all of these ideas work, the problem with this system is that 'humans cannot understand the content of the conversation.' For example, if a whale makes a certain pattern of bark, humans can derive the correct answer from the research data so far, 'This is the correct bark as a response to this bark,' and it seems that communication was possible by making it toward the whale. You can 'show' it. However, there is no way for humans to know whether the meanings of the words actually exchanged are 'Thank you', 'Welcome', 'Goodbye', and 'Tomorrow', and it is like a 'Chinese room ' in a thought experiment. It becomes. To solve this problem, researchers give detailed annotations to the data, 'where, to whom, and what kind of reaction was there,' and how to automate this. I'm looking for.

CETI states that there are some technically undeveloped areas, such as sensors that monitor the location of individual whales and the construction of recording systems. For technology development, CETI has successfully raised five years from TED 's funding program, known for hosting global lectures, as well as many such as the National Geographic Society and the MIT Computer Science and Artificial Intelligence Laboratory. He said he is drawing the organization into the project. 'I think it's very arrogant to think of Homo sapiens as the only intelligent and perceptual creature on the planet. I discovered that there was a big civilization in front of us. If so, it will probably bring some changes to our awareness of environmental issues, and perhaps even greater respect for the world. '