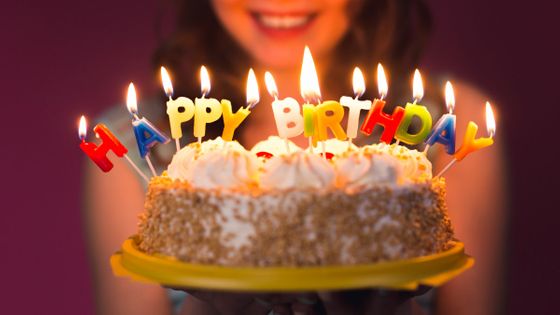 'Glossy dust', which is used to decorate the appearance of cakes and desserts, can be sprinkled directly on foods or mixed with butter extract to give the surface a glittering luster. However, in the United States, it has been reported that children became addicted to heavy metals such as copper due to the glossy dust used in cakes sold at bakeries.

In October 2018, six children aged 1 to 11 who attended a birthday party in Rhode Island, USA, complained of symptoms such as vomiting and diarrhea. Symptoms began 30 minutes to 10 hours after eating the birthday cake, and one of them visited the emergency department for treatment because the symptoms continued for more than 10 hours.

According to a study by the Acute Infectious Diseases Epidemiology Center in Road Island, those who attended the birthday party but did not eat the birthday cake or the frosting (icing) that covers the surface of the cake vomited. It turns out that he has not suffered from symptoms such as diarrhea and diarrhea. He also attributed the birthday cake frosting to the children's symptoms, which were consistent with heavy metal poisoning.

The birthday cake in question was purchased at a local bakery, and investigators checked the cake-making process at the bakery. When frosting the cake, the bakery spread a mixture of butter extract and glossy dust with a brush, creating a thick layer on the surface. This is a picture of the birthday cake taken by the investigator. You can see that the surface is fully frosted and has a luxurious appearance. When investigators examined the glossy dust used in the frosting, the label labeled 'Rose Gold' did say 'Non-toxic,' but at the same time, 'Non-edible (Non-edible). It was also written as 'non-edible' and 'For decoration only'. 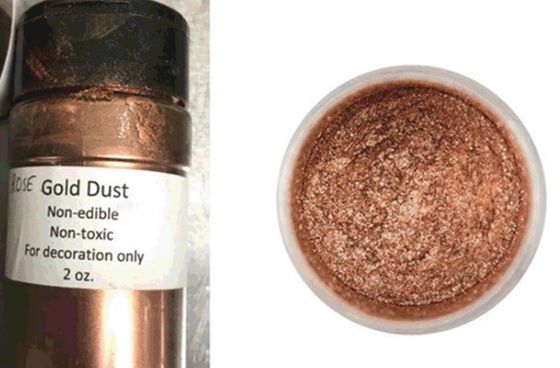 Subsequent investigations revealed that the glossy dust in question was copper powder manufactured as a metal pigment used in consumer goods such as flooring, not edible. A test conducted by a Rhode Island laboratory found that it contained 22.1 mg of copper per gram of frosting with the glossy dust in question, with a copper content of about 900 mg per piece of cake. The recommended intake of copper by the National Institutes of Health (NIH) for adults is 0.9 mg, and the amount of copper contained in a piece of cake is about 1000 times the recommended intake for adults.

In addition to the glossy dust containing copper, it was found that the bakery in question used glossy dust containing aluminum, barium, chromium, iron, lead, manganese, nickel, zinc, etc. It turns out that dangerous, non-edible, glossy dust is also widely used in bakeries. Following the findings, the U.S. Food and Drug Administration (FDA) made recommendations to bakeries: 'Most edible glossy dust is declared'edible'on the label. The label is simply'non-toxic'and'decorative.' Do not use the product in foods without a list of ingredients. '

However, in May 2019, in a case study of elevated blood lead levels in a one-year-old child living in Missouri, the cause was the lead contained in the primrose decoration used to decorate cakes. Turned out. This decoration was sold by a cake decoration company, and the label said it was 'non-toxic,' but analysis revealed that 25% of the decoration was lead. The CDC warns that lead is a highly neurotoxic substance and there is no 'lead intake considered safe'. 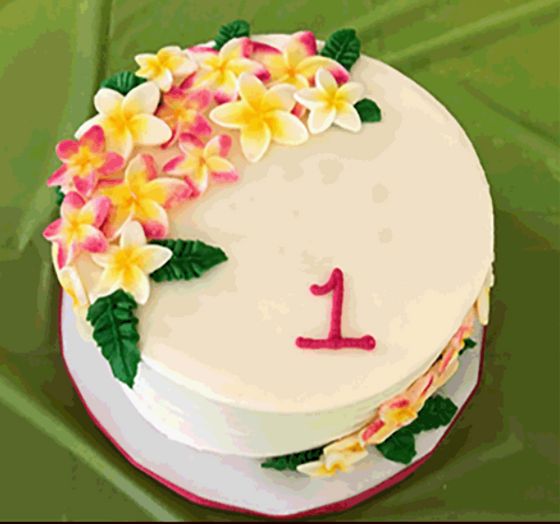 'Some glossy dust is edible and can be safely used in food, but many others are neither edible nor safe,' the CDC reported. 'The label indicating that the product is non-toxic is It does not mean that it can be safely consumed. To prevent unintended illness and addiction, it is necessary to explicitly label non-edible foods as unsafe for human consumption. '