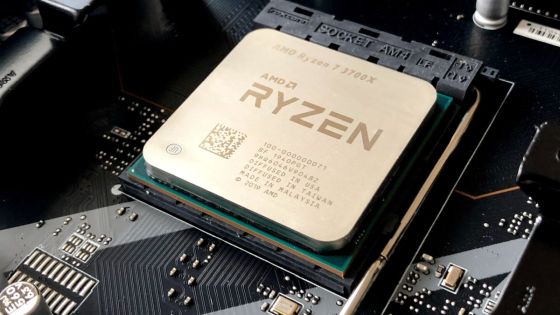 AMD, a major semiconductor manufacturer, reported its financial results for the third quarter of 2021 (July-September). According to the financial results report, due to the strong performance of Ryzen, Radeon, and EPYC, overall sales increased 54% year-on-year to $ 4,313 million (about 492.2 billion yen), and operating profit increased 111% year-on-year. It is said that it has reached 448 million dollars (about 108.2 billion yen). 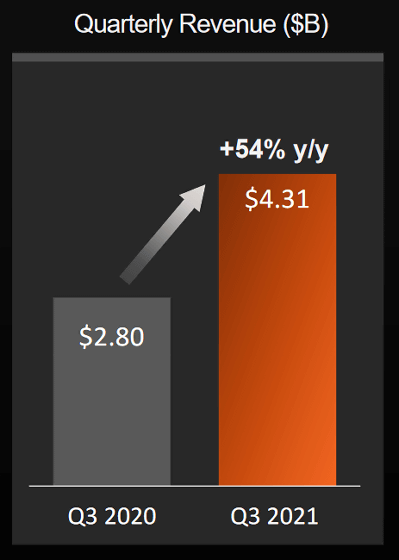 In addition, sales in the Enterprise, Embedded and Semi-Custom divisions increased 69% year-on-year to $ 1.9 billion. AMD has

adopted the 'EPYC 7003' series, which is the third generation product of the CPU 'EPYC' for servers , in cloud computing services of Microsoft and Google, and companies such as Cloudflare, Netflix, Vimeo are the third generation EPYC. It appeals that it has announced the adoption. In addition, CEO Sue said, 'AMD's data center division sales have doubled as shipments of third-generation EPYC processors have increased significantly.'

Below is a graph showing AMD's quarterly sales trends. If you look at the graph, you can see that AMD's sales have continued to grow since the first quarter of 2020. AMD released a forecast in its financial report that 'sales in the fourth quarter of 2021 will reach about $ 4.5 billion (about 513.8 billion yen), up 39% year-on-year as all businesses grow.' However, I am confident in my future growth.