The trailer of 'Uncharted', a live-action movie of a popular game starring Tom Holland, has been released 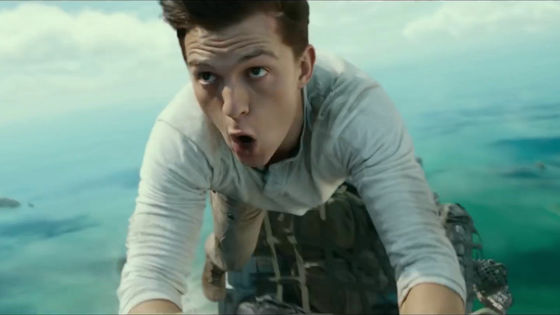 The trailer for 'Uncharted, ' a live-action movie of the

popular action-adventure game Uncharted series, which has shipped more than 21 million units, has finally been released.

Can you reach the place where the treasure worth 5 billion dollars sleeps ── #PlayStation game original ????

The trailer starts with a scene where the main characters Nathan Drake, played by Tom Holland, and Sophia Ali (acting: Chloe Frazer) are exploring a place that seems to be an archaeological site.

'The location is not on the map.'

'It was erased, not nonexistent.'

It was a map of something.

The scene changes, and it's a big city.

Nathan works as a bartender.

'Why do you get the map from all this material?'

'It's a route that explorer Magellan went around the world.'

'It's one of the biggest treasures. Roughly $ 5 billion.'

Gold that can be thrown away

There is also a reference to Nathan's brother Sam, who appears in

The movie 'Uncharted' depicts Nathan embarking on his first adventure as an adventurer.

'If you reach the treasure, you should be able to meet him.'

'Who are you?', Sofia appears, throwing a harsh word at Nathan.

Action scene in the city

'I'm serious. I've been pursuing treasure with my family for a long time. At the risk of my life,' said rival Santiago (act: Antonio Banderas), who is aiming for treasure.

'Choosing a partner is important'

'Sam left a clue to reach this treasure.'

Nathan is thrown out with his luggage.

When Nathan wakes up ...

My leg got caught in my luggage and I had a close call.

The action is unfolded even in the air as it is.

In addition, there is a scene where a car is attacked in a transport plane.

How is Nathan's fate thrown into the sky?