What is the camera function of the Pixel 6/6 Pro, which Google calls 'the most advanced camera in Pixel history'? 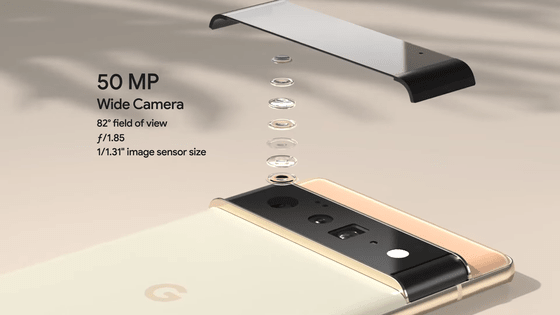 At Google's new product announcement event 'Pixel Fall Launch ' held at 2:00 on October 20, 2021 Japan time, 'Pixel 6/6 Pro', the latest model of Google's smartphone Pixel series, was announced. In addition to the price and the original SoC ' Tensor ', the camera functions that Google calls 'the most advanced in history' such as the 50MP wide-angle camera and the 48MP telephoto camera were also released.


The Pixel 6 and Pixel 6 Pro are said to be equipped with the most advanced cameras. 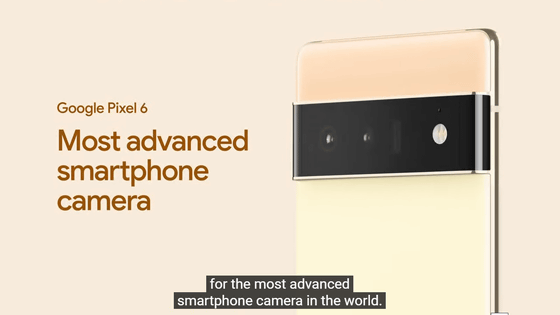 The leftmost lens uses a 50MP wide-angle camera. The pixel width is 1.2 μm, the aperture value is 0082 / 1.85, the angle of view is 82 degrees, and the super-resolution zoom is up to 7 times. You can also use autofocus with the LDAF (laser detection autofocus) sensor and OIS (optical image stabilization function). 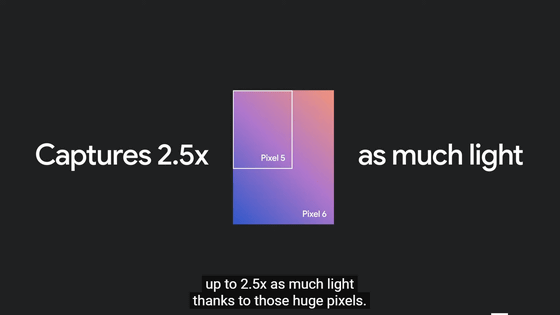 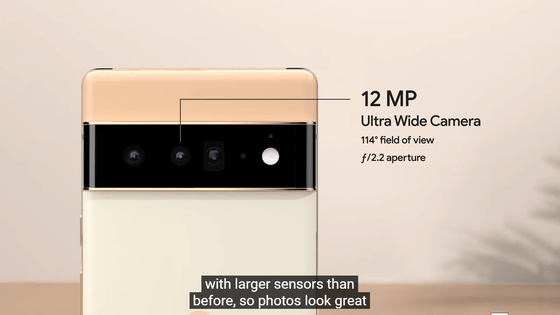 The Pixel 6 Pro also has a third lens. It is a 48MP telephoto camera with a pixel width of 0.8 μm, an aperture value of 0082 / 3.5, an angle of view of 23.5 degrees, and an image sensor size of 1/2 inch. You can also use autofocus with the LDAF (laser detection autofocus) sensor and OIS (optical image stabilization function). 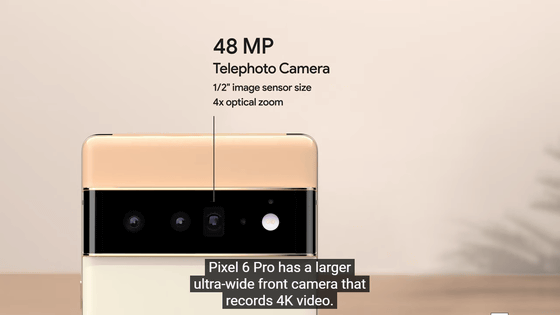 4x optical zoom with a telephoto lens and up to 20x zoom with super-resolution zoom are possible. The following landscape ... In addition, both Pixel 6 and Pixel 6 Pro can shoot movies at 4K / 60FPS with the rear camera. As for the front camera, Pixel 6 Pro supports 4K / 30FPS and Pixel 6 supports 1080p video recording. Next, we will introduce the shooting mode. Below is the back view of the two people on the left of the image ... It is an ' eraser magic ' that can be erased cleanly. Machine learning automatically identifies and suggests the objects you want to erase. 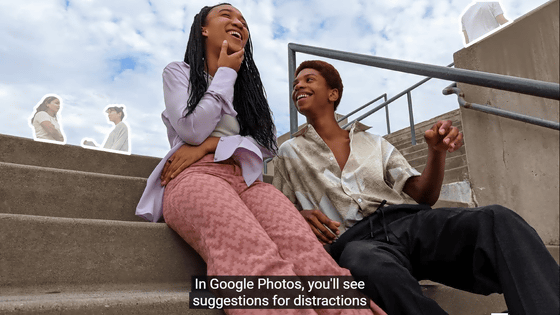 Next is the 'face blur' function. Pixel 6 and Pixel 6 Pro automatically recognize faces when shooting people ... You can remove facial blur from the photos you take. Finally, an introduction to the 'motion blur' function. The Pixel 6 and Pixel 6 Pro cameras automatically recognize the objects in the photo. You can identify 'what is the moving object' and modify it to blur it. A photo of the waterfall ... 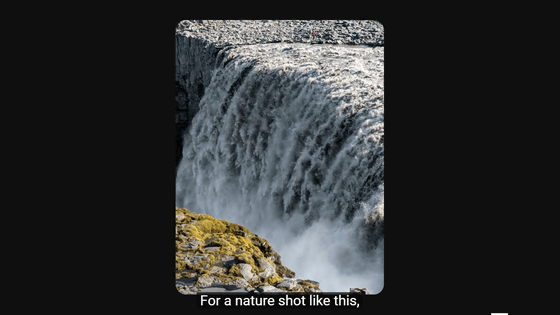 Next, the development team says they recognize that 'users are shooting short videos on a daily basis' ... We introduced a gesture called 'quick tap' so that you can easily access the camera even when the device is locked. 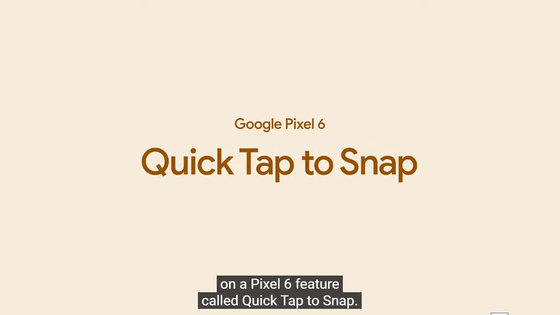 The user can open the camera app by tapping the back of the device twice. With simple gestures, you can quickly access the camera app. Finally, we will introduce 'Real Tone' that corrects the color tone according to various skin colors. 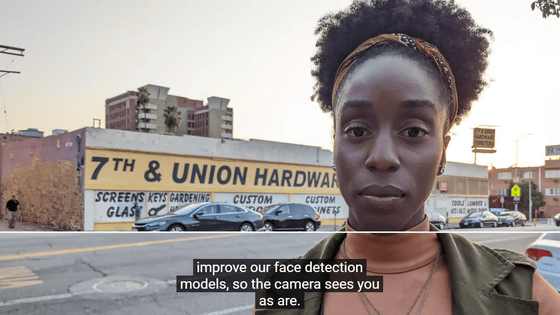 With automatic exposure, you can prevent it from becoming unnaturally bright or dark. 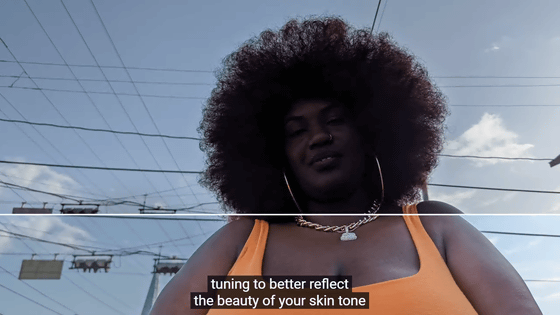 These are the camera features on the Pixel 6 and Pixel 6 Pro.