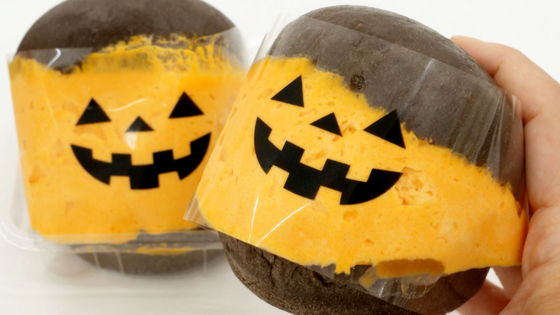 'Maritozzo' with whipped cream and custard sandwiched between them

first appeared in Seven-Eleven on July 20, 2021, but from October 12, 2021 (Tuesday), the new ' Maritozzo Pumpkin ' will appear. To do. I actually bought and ate Maritozzo with pumpkin-flavored whipped cream and bittersweet caramel sauce sandwiched between black brioche bread kneaded with cocoa.

I bought a Maritozzo pumpkin. When I open it, it looks like this. A film with the face of Jack O Lantern is attached. The height is about 6 cm. 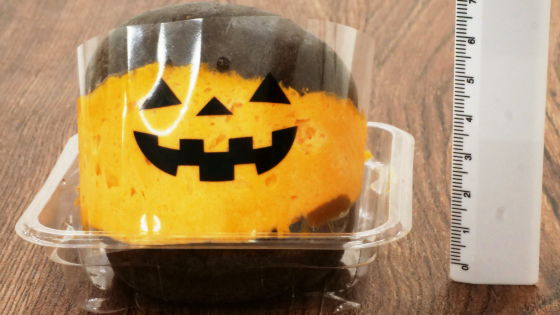 It is a size that fits in the hands of women. 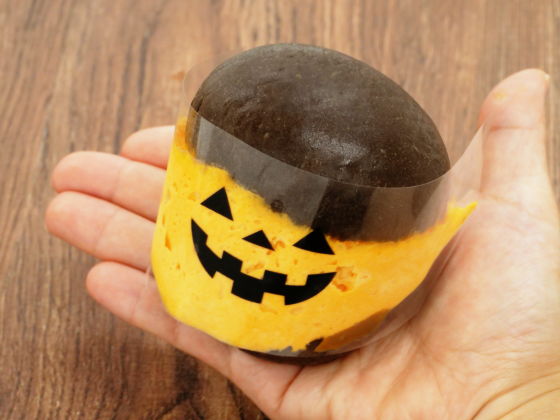 A state in which plenty of orange cream is sandwiched between black cocoa bread. When I tried it, the cream and brioche had a fluffy and light texture. I could feel the flavor of pumpkin and cocoa, but I felt that the taste of caramel sauce was the winner. The cream itself has a gentle sweetness, and the richness of caramel is added to it, and the structure is accented with almonds with a poly-poly texture. Where are the caramel sauce and almonds ...? When I searched for it, it was laid under the cream. 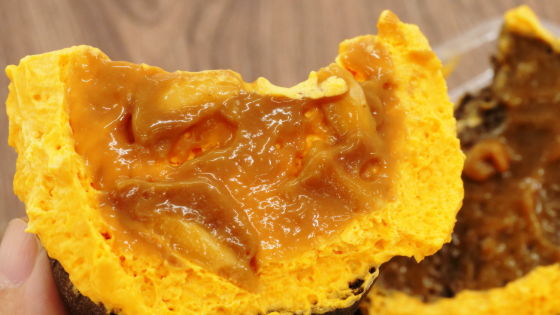 Maritozzo pumpkin is 270 yen including tax. It will be on sale nationwide from October 12, 2021 (Tuesday).