The world's first drone transport of lungs for organ transplantation 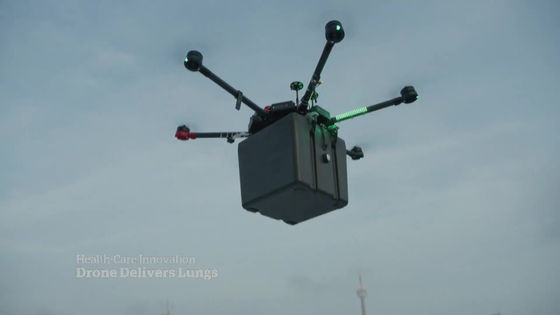 You can see how the drone transports lungs for organ transplantation for the first time in the world from the following movie.


This time, the drone carried a lung transplant to 63-year-old Alain Hodak, who was diagnosed with pulmonary fibrosis in 2019. Mr. Hodak is an engineer who has been interested in drones for a long time, and he said he was willing to participate in this project to carry lungs with drones. On September 25, the University Health Network, a Canadian medical institution that led the project, and Unither Bioelectronique, a bioengineering company in Queensland, flew a drone from the Toronto Western Hospital to the Toronto General Hospital to carry their lungs. 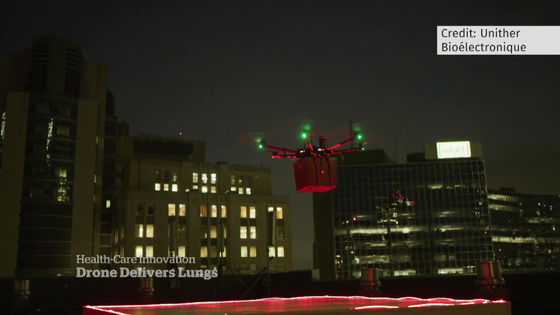 The distance is 1.5km and the flight time is 6 minutes. The Toronto General Hospital was selected because it was the first hospital in the world to succeed in lung transplantation in 1983 and the world's first lung transplant in 1986. The transplant operation was successful, and Mr. Hodak is recovering steadily. 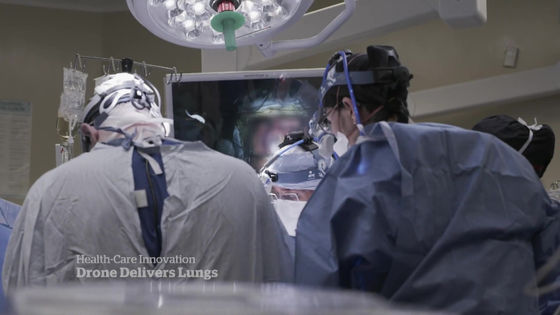 Hodak laughed, 'I'll give my dog a lot of love when I'm fine.' 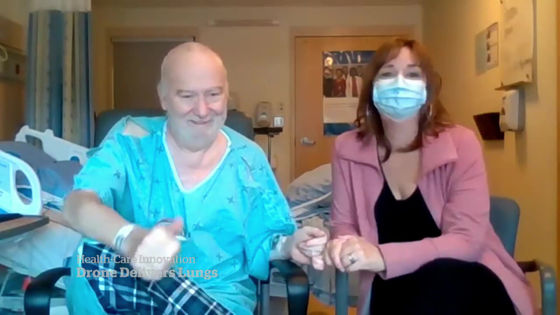 Martine Rothblatt, CEO of Unither Bioelectronique, started the project when her daughter was diagnosed with

pulmonary arterial hypertension. 'I think it's likely that it will become commonplace to carry organs with drones within the next 10 years,' Rothblatt said of the prospects for drone organ transplants. 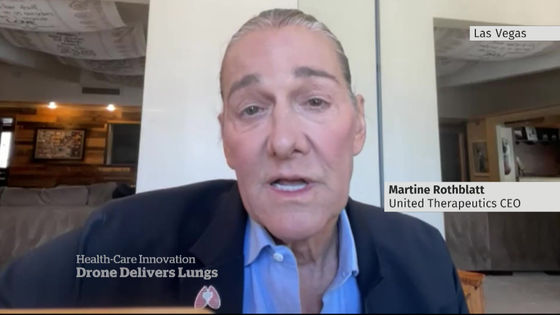 In 2019, an American medical institution succeeded in transporting organs for transplantation by the world's first drone. The kidneys were carried at this time, but this was the first successful case of transporting the lungs, which is considered to be particularly difficult to transport. Eighty percent of the lungs removed from the donor reportedly do not meet the criteria and cannot be used for transplantation. 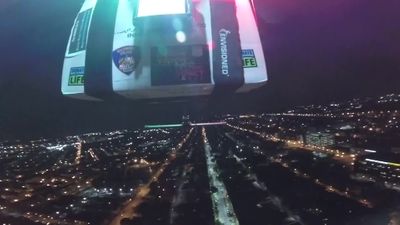