China is developing its own Mars exploration helicopter following NASA NASA's Mars rover ' parser via lance is' a small helicopter 'Ingenuity' which landed on Mars together, we succeeded in the history of mankind's first 'powered flight of the planet other than the Earth' in 2021 April 19 .. China is also developing a Mars exploration helicopter similar to this Ingenuity.

China is developing its own Mars helicopter --SpaceNews
https://spacenews.com/china-is-developing-its-own-mars-helicopter/

Mars has an atmosphere, though much thinner than Earth. Therefore, NASA announced the development of a small helicopter for exploration in 2018. This small helicopter named 'Ingenuity' headed for Mars on board the Mars rover 'Perseverance' and made its first flight on Mars on April 19, 2021. 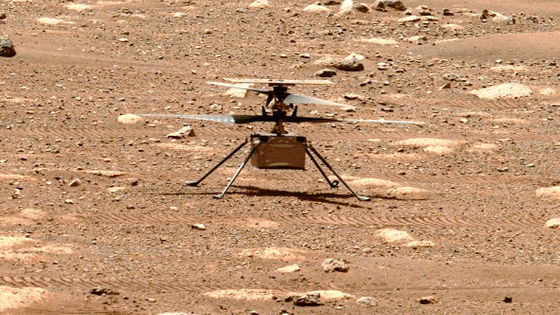 China is one of the countries that is actively focusing on space development to overtake the United States, which has the most advanced space development including Mars exploration. For example, in December 2020, we completed the moon rock recovery mission for the first time in 44 years since Luna 24 of the former Soviet Union. In June 2021, the Chinese Mars probe 'Zhurong' reached Mars. The image at the time of landing and the sound of the wind on Mars have been released. 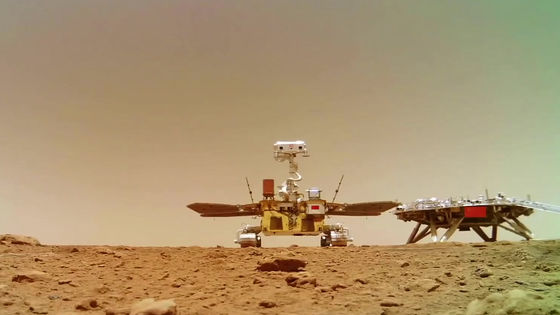 Then, in August 2021, the National Space Science Center (NSSC) under the Chinese Academy of Sciences (CAS) announced a prototype of a helicopter for exploration of Mars at an academic conference hosted by the Beijing Municipal Science and Technology Commission. At the top of the image below is the prototype in question. 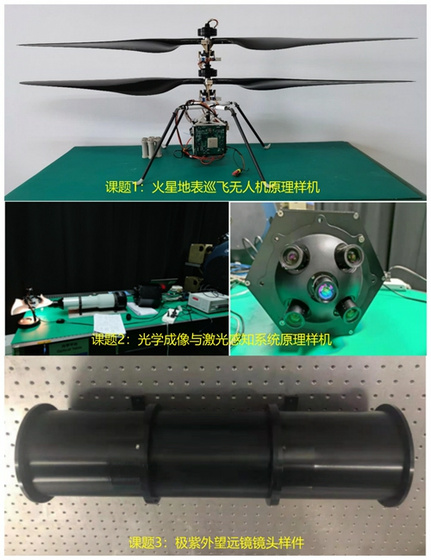 The basic structure is the same as Ingenuity, and the propeller that rotates in the opposite direction with a double structure is the basic thrust. The main body of a small helicopter in China is equipped with a small spectrometer, which aims to analyze the spectrum of the surface of Mars from the air.

Small helicopters that take off on Mars are, of course, required to be able to fly propellers in very low atmospheric pressure, as well as to operate without problems in harsh environments such as extreme temperature changes and sandstorms. 'In order to meet the goals of Mars exploration, the design life of a small helicopter must be at least several months or more than a year in a Mars environment,' NSSC said.

NSCC commented, 'We will continue to research for the next five to six years, overcome technical problems, and enable us to bring drones to Mars for our next Mars exploration mission.' increase.