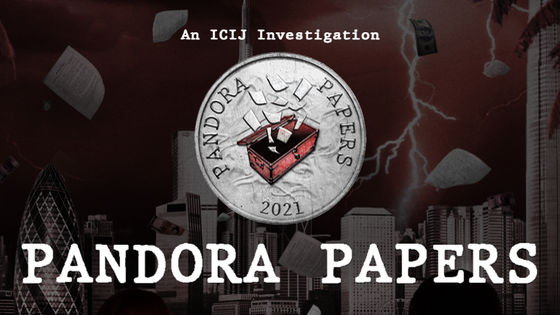 The International Consortium of Investigative Journalists (ICIJ), a network for joint investigative journalists from around the world, has conducted a report of a survey conducted by more than 600 journalists in 117 countries and 150 media over a year. Announced that it has obtained the Pandora Document. In a Pandora document with 11.9 million configuration files and a total of 2.94 terabytes, presidents, prime ministers, judges, military executives, etc. around the world used dummy companies in tax havens to avoid taxes. It became clear.

'Panama Papers' that reveals how huge companies and wealthy people are hiding huge amounts of money in tax havens etc. will be released --GIGAZINE 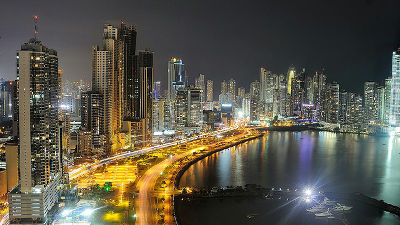 
Tax havens where offshore service providers try to establish companies and trusts are exempt from income tax and corporate tax, so by establishing a paper company with no actual activity or purchasing real estate, yachts, jets, etc. locally , A large amount of tax evasion is possible. Information on corporations established in tax havens is rarely or not disclosed at all, so it is a hotbed for money laundering as well as tax evasion.

Some of the Pandora documents are from the 1970s, but most of the files checked by ICIJ were created between 1996 and 2020. More than 11.9 million files are rarely structured, more than half are text files and more than 4 million are PDF files. The contents include passports, bank statements, tax returns, company establishment records, real estate contracts, etc. It also included over 4.1 million images, emails, spreadsheets, slideshows, audio and video files.


In the Pandora document, it was found that tax avoidance was carried out by millionaires, famous models, athletes, gangsters, small business owners, doctors, etc. In addition, ICIJ reports that there are more than 330 politicians active in more than 90 countries and territories, including 35 current or former leader-class politicians.

For example, Czech Prime Minister Andrej Babiš, who was accusing the corruption of the economic and political elite, bought a $ 22 million villa from an offshore company with a movie theater and two pools in southern France. It turned out that it was. The 2.4 billion yen was remitted through a dummy company in the British Virgin Islands and Washington, DC, USA, and a real estate management company in Monaco. In addition, it was pointed out that the paper company established by Prime Minister Babish in the British Virgin Islands was 'probably involved in money laundering or terrorist financing' in 2014, and it was reported that it suddenly disbanded shortly thereafter. It has been. Furthermore, it was found that the politically unstable King Abdullah II of Jordan had purchased three mansions facing the Malibu Sea for $ 68 million (about 7.5 billion yen) through an offshore company since the 'Arab Spring'. I did. In addition, Abdullah II has purchased 14 mansions in the United States and the United Kingdom for a total of $ 106 million, and established at least 36 paper companies between 1995 and 2017. I did. Former British Prime Minister Tony Blair 's wife, Cherie Blair, founded a real estate leasing company in 2017 and has a total of $ 8.8 million in properties in London in the summer of the same year. We are acquiring a company in the British Virgin Islands. According to The Guardian, a British daily newspaper, it has succeeded in saving $ 400,000 (about 44 million yen) by acquiring a company that owns real estate. 'Former Prime Minister Blair was not involved in the transaction,' Sherry said in an interview. 'All transactions were made for the explicit purpose of returning the company and building to the British tax and regulatory regime. Yes, all taxes have been paid, and all accounts are openly submitted in accordance with the law. ' The Pandora document also included the name of Konstantin Ernst, who has a close relationship with Russian President Vladimir Putin. Ernst is the CEO of Russia's leading television station Channel 1 and is responsible for the political public relations of President Putin and is the director of the opening and closing ceremonies at the 2014 Sochi Winter Olympics. In 2014, Mr. Ernst acquired a 23% stake in a real estate company registered in the British Virgin Islands for $ 1 billion (about 110 billion yen) and became the largest shareholder. The real estate company buys real estate in and around an old Moscow cinema that dates back to the former Soviet Union era. These properties were sold at auction run by the Russian government for about half the taxable price. Local activists and city council members have argued that the real estate was purchased at this auction by a paper company involving Mr. Ernst, and that other companies were excluded by the management.

Regarding other politicians appearing in the Pandora document, ICIJ summarizes the names and contents on the following pages.