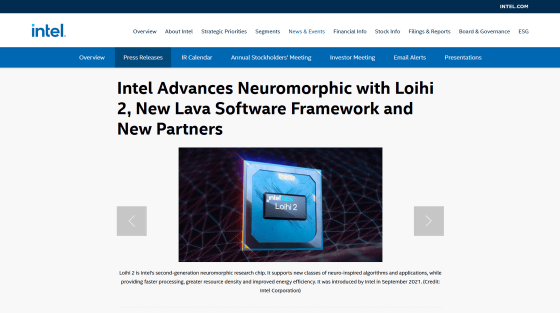 Intel's Loihi 2 Processor Gets Even Faster At Computing AI Workloads Like A Human Brain | HotHardware
https://amp.hothardware.com/news/intel-launches-loihi-2-its-second-generation-neuromorphic-processor

The concept of neuromorphic engineering was advocated in the late 1980s, but research hardware development began in the 2000s, and practically usable chips appeared in the 2010s. It was from. In recent years, with the acceleration of artificial intelligence (AI) development, the neuromorphic field, which attempts to imitate the human brain, has been attracting attention. Neuromorphic chips that function like the brains of living organisms are expected to improve the energy efficiency and calculation speed of AI, and the learning efficiency of all cutting-edge applications.

Intel is engaged in research and development of neuromorphic engineering at the advanced research institute ' Intel Labs ', and in 2017 announced the neuromorphic chip 'Loihi' for research. Loihi is a chip composed of 130,000 neurons and 130 million synapses, and it is said that it was produced in small quantities by Intel's 14 nm process node. Then, in 2020, we announced the 'Pohoiki Springs, ' a neuromorphic computing system equipped with 768 Loihi and capable of computing 100 million neurons. And on September 30, 2021, Intel announced a new second generation neuromorphic chip 'Loihi 2'. The research chip Loihi 2 incorporates the knowledge gained from the first generation 'Loihi' and is called 'Intel 4' (formerly called 'Intel 7nm') in the new name of the process node announced by Intel in July. It is produced in a prototype version of Intel. Intel 4 is expected to improve performance per power consumption by 20% compared to Intel 7 due to its extremely fine printing technology using ultra-short wavelength light by extreme ultraviolet (EUV) lithography.

Loihi 2 is a chip with 128 neuromorphic cores, consisting of up to 1 million neurons and 120 million synapses. On the other hand, because it is composed of Intel 4 process, it is much denser than the 1st generation Loihi, and the die area is 31mm2, which is about half of the previous generation's 60mm2. 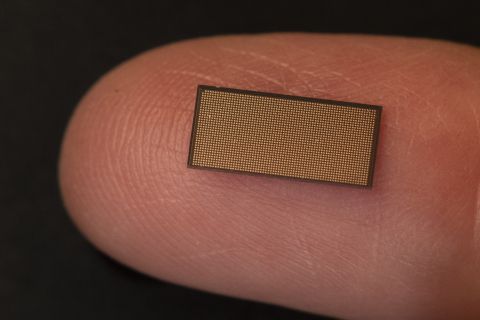 Lava is a modular and extensible framework that allows researchers and application developers to build on their progress and combine them into a common set of tools, methods and libraries. YARP · TensorFlow · PyTorch is such as can be connected with the existing framework and interface, is so all of the libraries and functions are exposed through the Python.

'Loihi 2 and Lava incorporate insights from years of collaborative research with Loihi. Intel's second generation,' said Mike Davis, director of Intel's Neuromorphic Computing Lab. The chip will significantly improve processing speed, programmable, neuromorphic processing capacity, and expand its use in intelligent computing applications with limited power and latency. By making Lava open source. We will accelerate our steps toward commercialization by responding to the needs of on-site software consolidation, benchmarking, and cross-platform collaboration. '