Various known risks of dementia include

lack of sleep, hard physical labor , and the number of teeth. A longitudinal study of about 2 million people newly showed that 'exposure to car and rail noise is associated with an increased risk of dementia.' 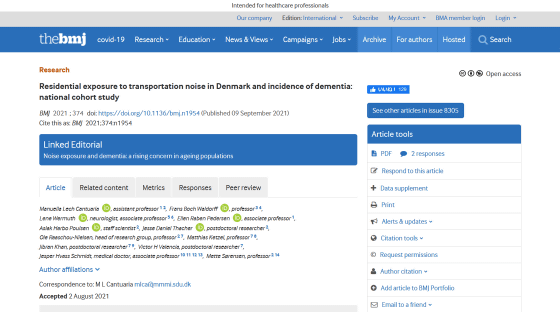 So a Danish research team conducted a nationwide survey of people over the age of 60 living in Denmark. The study obtained age and address history from the Danish Citizenship Registration System and was over 60 years old before the period January 1, 2004-December 31, 2017, or was 60 years old during the period. Targeted at people.

The research team estimated noise levels on the 'most exposed side of roads and railroads' and 'the least exposed side' of any residential area in Denmark. Next, we analyzed the data on whether the subject developed dementia based on the personal identification number and the address where the subject lived between 1994 and 2017. The total number of cognitive cases identified during the study period was 103,500. 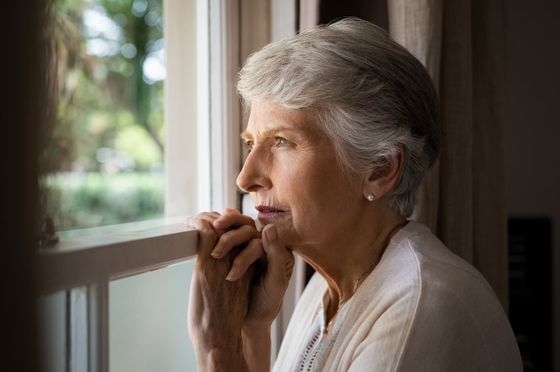 An analysis after considering the potential factors that influence the risk of dementia found that people who lived in more noisy areas tended to be at higher risk of dementia. Specifically, those exposed to 55 dB road traffic noise have a 27% risk of

In this study, the exposure to noise was based on the location of the house, and the sound insulation performance of the house was not considered. However, the strength of this study is the large number of subjects and the length of the follow-up period, and Professor Timothy Griffith, a professor of cognitive neurology at Newcastle University in the United Kingdom, commented, 'It is an impressive and large-scale study.' doing.

'If this result is confirmed in future studies, it could have a significant impact on estimating the risk of illness and healthcare costs due to traffic noise. Knowledge of the negative health effects of noise can be seen,' the research team said. Broadening is essential to prioritize the prevention and control of diseases, including dementia, and to implement effective policies and public health strategies. ' We conclude that in the future, reducing traffic noise through transportation, land planning, building codes, etc. will be a public health priority.