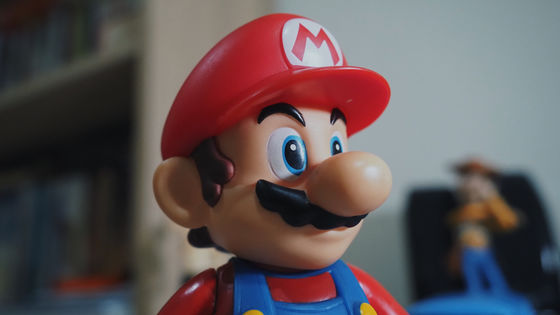 There are cases where a bug suddenly occurs while playing a game and you cannot continue playing, but there are various causes for this, such as software or hardware. However, there are cases where bugs continue to occur even when fixing software and hardware problems. It has been pointed out that the cause of the bug in such a case

may be cosmic rays falling from space.

How An Ionizing Particle From Outer Space Helped A Mario Speedrunner Save Time
https://www.thegamer.com/how-ionizing-particle-outer-space-helped-super-mario-64-speedrunner-save-time/

The YouTube channel Veritasium, which has more than 10 million subscribers, has released a movie that says 'Space is hostile to computers', and cosmic rays falling from space to the ground interfere with airplane accidents, elections, game bugs, etc. It is pointed out that it is causing.

The Universe is Hostile to Computers-YouTube


According to the movie, DRAM made by Intel is designed to judge binary 0 and 1 based on the presence or absence of electrons stored in the semiconductor. Since the same alpha particles contained in cosmic rays pass through the inside of DRAM, it seems that cosmic rays may cause bit inversion. This is called a single event upset (SEU).

Appeared in this movie National Aeronautics and Space Administration of the (NASA) Jet Propulsion Laboratory Leif Scheick Dr. serve as the chief engineer in, 'There is that cosmic rays alter the function of your device', 'PC that you have to experience The blue screen of death may actually have been caused by elementary particles such as neutrons, 'he said of the effects of SEU. In fact, some bugs in the past have been found to be caused by cosmic rays.

In 2013, Super Mario 64 RTA player DOTA_TeaBag ran into a bug that suddenly slipped through the ceiling and warped on one of the stages of the film, Tic Tac Rock.

Many players aimed to reproduce the bug because the bounty was set, but even if DOTA_TeaBag's behavior when causing a bug is matched for each frame with the emulator, the bug could not be reproduced. bottom.

Therefore, it is finally concluded that the ceiling slip-through bug of Tic Tac Lock that DOTA_TeaBag experienced is due to SEU. 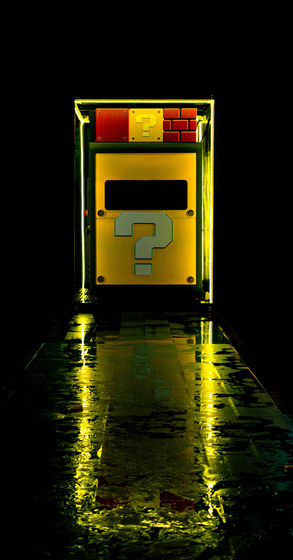 To explain in more detail what happened with SEU, when DOTA_TeaBag was playing Super Mario 64, cosmic ray-derived neutrons flipped bits related to Mario's height, and the binary `` It was rewritten from '11000101' to '11000100', and the height information of Mario was changed from 'C5837800' to 'C4837800'. This happened to be an appropriate height change to slip through the ceiling, so it acted as if it was a bug that could be used for RTA.

In fact, by using a script that pannenkoek12, who set the bounty, manually rewrites specific binary information, we have confirmed that the ceiling slip-through bug experienced by DOTA_TeaBag was caused by rewriting the binary information.

In addition, the game media The Gamer said, 'If the bug that slips through the ceiling is a bug that occurs consistently, it is very likely that we can break the RTA world record of Super Mario 64.' However, the probability of encountering this kind of (cosmic ray-derived) bug is astronomically small, about one trillionth of the time. ' It points out that it is low.