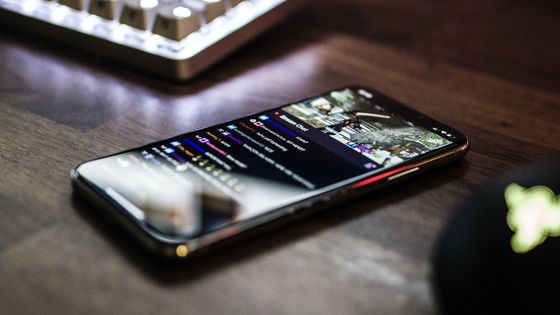 An anonymous user who has been harassing blacks and

LGBTQIA + streamers on Twitch , a livestreaming service provided by Amazon, has been sued by Twitch.

Since early August 2021, harassment of some broadcasters has been widespread on Twitch. The attack uses bots, where prejudiced words posted dozens of times a minute continue to troll the delivery chat. Twitch has been fighting technically to prevent this attack, called 'Hait Raid,' but failed to file a lawsuit against the attackers. Two anonymous users were sued this time, claiming that Twitch 'attacked blacks and LGBTQIA + distributors with racism, homosexuality, sexism, and other harassment content.'

A Twitch spokeswoman said, 'This proceeding sheds light on the identity of the individuals behind the attack and the tools they use, protects Twitch like any other service, and makes a sneaky attack on our community members. We hope that it will help end the case, 'he said, saying that the proceedings should help identify the anonymous users who have launched the' hate bombing 'and deal with the attacks. Gender, race, and sexual harassment has been seen many times over the last decade. However, in the 'Hate Bombing' that became widespread on Twitch in August 2021, comments such as 'This channel does not belong to KKK' are posted on some distributions, and the entire community Now the attack is recognized.

Thousands of distributors then used hashtags such as '#TwitchDoBetter ' and 'https://twitter.com/search?q=%23ADayOffTwitch' to boycott Twitch to combat harassment. I'm exercising.

'#ADayOffTwitch' boycotts the delivery for only one day, complaining that 'Twitch should protect users from vandalism discrimination comment bombing' --GIGAZINE 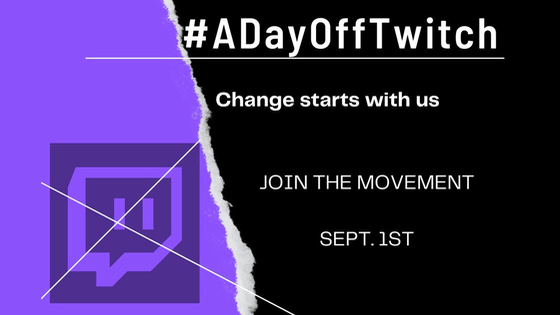 To curb 'hate bombing,' Twitch has banged thousands of accounts, introduced new chat filters, and introduced ban avoidance detection at the channel level. However, an attack using a bot is like whac-a-mole, and the attacker can continue the attack simply by creating a new account. A Twitch spokeswoman said, 'Malicious attackers who launch'hate bombings' are very motivated to violate Twitch's Terms of Service, although Twitch's overall protection is evolving rapidly. The bots used for harassment create a large number of new accounts and launch attacks. '

Twitch has filed a proceeding in the Federal District Court for the Northern District of California, suing two users, 'Cruzzcontrol' and 'Creatine Overdose,' based in Vienna, the Netherlands and Austria. According to the complaint, Twitch 'takes quick action' by first banging the two user accounts. However, 'they quickly created a new alternative account to avoid Twitch's detection and suspension.' Since then, Twitch claims that two users, 'Cruzzcontrol' and 'Creatine Overdose,' have achieved 'hate bombing' by manipulating multiple accounts and thousands of bot accounts.

RekItRaven, a broadcaster on Twitch, said, 'The people behind'hate bombing'need to be held accountable for their actions, if not thousands. Hundreds of distributors have been terrorized. Whether this happens physically or online, it should be the same, 'said the proceedings to resolve the' hate bombing. ' I hope you can connect.