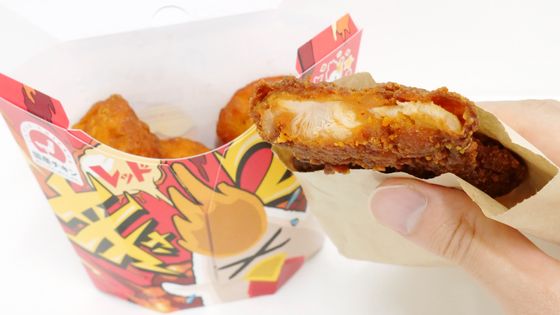 Lawson's popular hot snacks 'Karaage-kun' and 'L Chiki' will be available from August 17, 2021 (Tuesday) as 'Dekaraage-kun Red Spicy x Double Flavor ' and ' L Chiki Kamisori Red Sauce Flavor'. It has appeared. It is said that it is a hot snack with a different spiciness than usual, which satisfies the desire of people who want to eat spicy food in the hot season, so what kind of taste is it finished? I actually ate it and checked it. 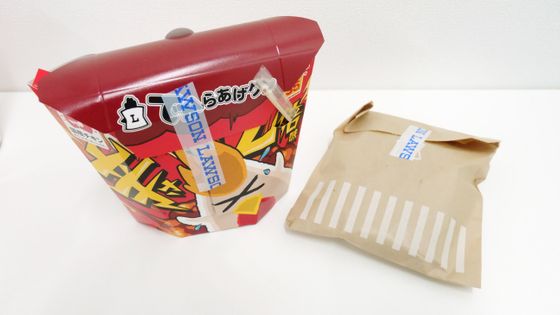 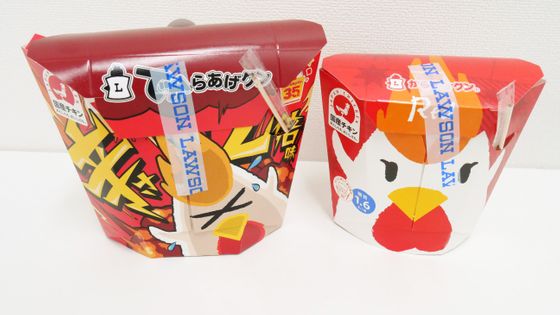 If you take out the contents and compare them, you can see that the color tone does not change, but the 'Dekaraage Kun Red Spicy Double Taste' (left) is certainly larger. 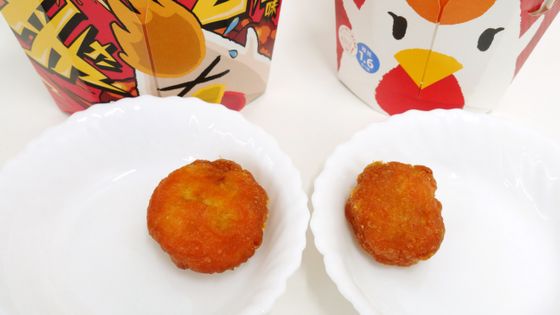 First of all, eat the usual 'Karaage Kun Red'. Along with the umami of tender chicken, the spicy spiciness spreads in your mouth with each bite, and you can feel the spiciness even in the normal state. 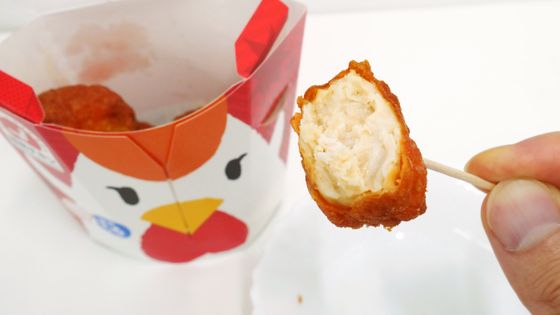 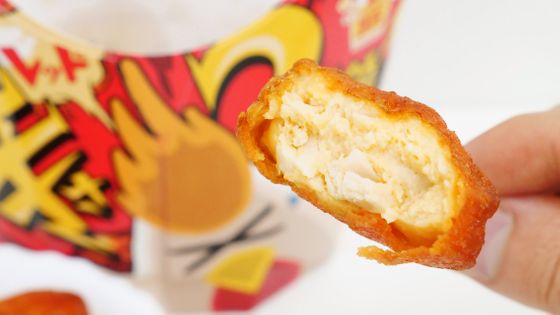 Next is 'L Chiki Razor Red Sauce Flavor'. The whole garment is red and black, which makes it look painful to see. 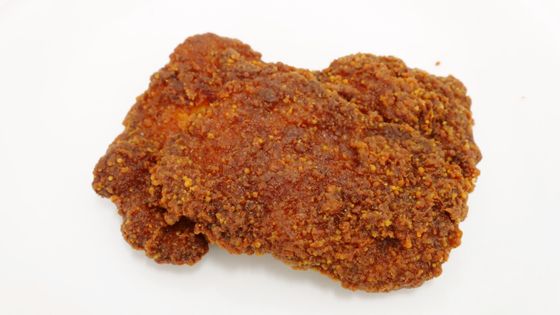 When you put 'L Chiki Razor Red Sauce Flavor' and 'L Chiki Red' side by side, it looks like this. The size is the same, but the shades of the clothes are quite different. 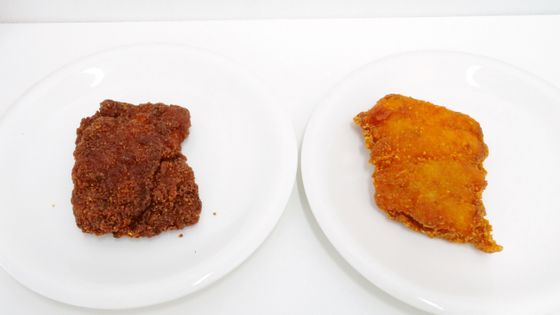 When I cut the 'L Chiki Razor Red Sauce Flavor' with a kitchen knife, I could see that there was an orange dry sauce using

Jorokia between the skin and the meat of the cross section. 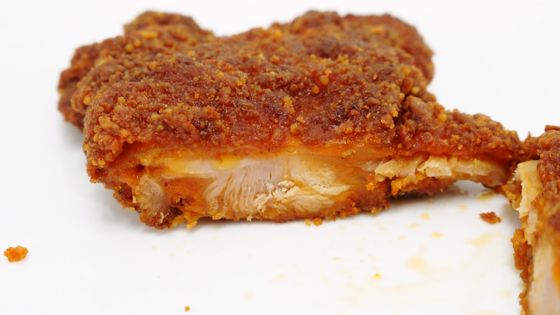 When you actually eat it, the crunchy clothes and the texture of the moist chicken spread along with the intense spiciness of the ghost pepper sauce, and the mouth becomes hot as if it were burning. The pungent spiciness of chili peppers makes me sweat, and I wanted to eat it with a drink that refreshes my mouth, such as a carbonated drink. 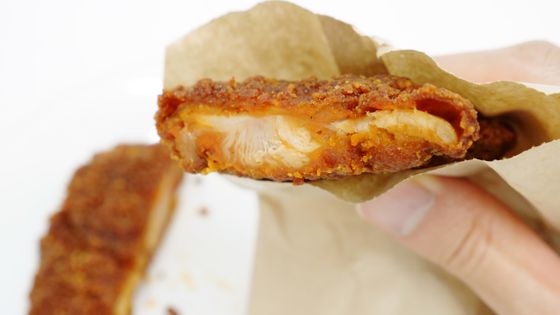