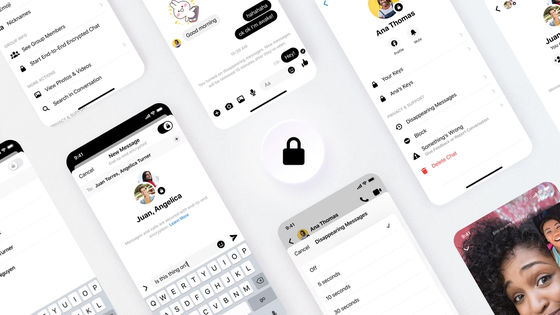 Messenger has announced that it supports end-to-end encryption for voice and video calling features.

Amid global calls for protecting user privacy, demand for message apps that fully encrypt message content increased in January 2021, and 'Signal ' and ' Telegram' that support end-to-end encryption 'such as the increased demand of the messages app, is a part of the messaging app user away it has occurred.

Meanwhile, on August 13, 2021 local time, Facebook's 'Messenger' has finally announced that it supports end-to-end encryption. This allows you to optionally enable end-to-end encryption for voice and video calls made on Messenger. It also adds management capabilities to hide messages on chat.

'These new features give users more control over how private their calls and chats are,' Facebook wrote. 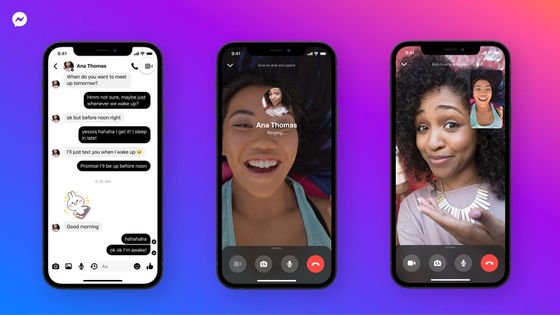 disappearing messages , where messages on the end-to-end encryption thread are deleted in a timed manner. You can use this function to set 'when the message expires' in detail. The message deletion deadline can be set from a minimum of 5 seconds to a maximum of 24 hours. 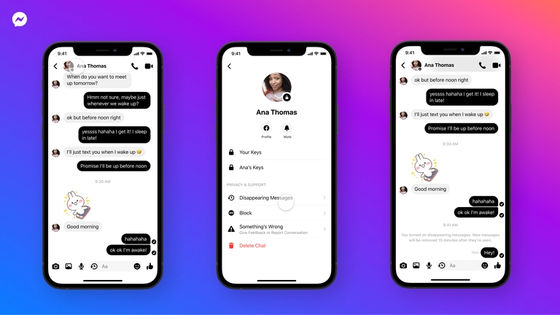