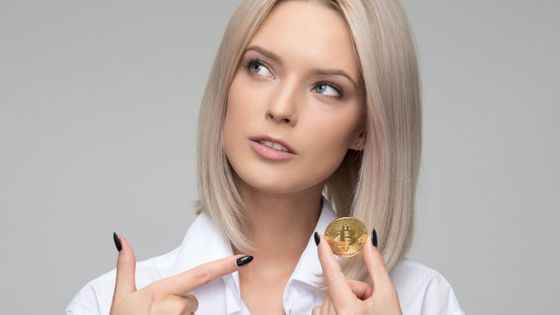 Since July 2021, the United States has been deliberating on the adoption of an infrastructure investment plan bill that will invest a total of $ 1 trillion (about 110 trillion yen) in infrastructure development and expansion. Amid concerns about the definition of 'cryptocurrency trading broker' in such an infrastructure bill, a bipartisan senator group submitted an amendment to limit the scope of 'brokers', but the unanimous parliament. It was rejected without a match. The infrastructure bill, which is the largest investment in the United States in decades, includes an item to strengthen tax collection from crypto asset-related companies as part of strengthening the economic base. This item stipulates that the 'broker' in crypto asset transactions is obliged to report the user's information to the Internal Revenue Service.

However, the crypto asset industry has criticized the definition of 'broker' in crypto asset transactions as ambiguous. So on August 4, a bipartisan group of Democratic Senator Ron Weiden , Republican Senator Pat Toomey and Senator Cynthia Lumis submitted an amendment to limit the definition of brokers. The new amendment could exclude cryptocurrency miners, transaction-related nodes and network management validators , software and hardware developers, and transaction protocol developers from the term broker. Guaranteed.

Concerns from the industry about the definition of 'cryptocurrency transaction broker' in the huge infrastructure bill, senators submit amendment-GIGAZINE Discussions on the two amendments were difficult, but a statement was issued that the two amendments were concluded on August 9, just before the infrastructure bill passed, and the two parties decided on a new amendment. The new amendment states that as a compromise between the two groups, tax reporting requirements will only apply to 'enterprises that regularly trade digital assets in exchange for consideration.'

Treasury Secretary Janet Yellen also issued a statement, saying that the US Treasury also cooperated in drafting the new amendment. 'We thank Senator Warner, Senator Portman, Senator Cinema, Senator Toomy, and Senator Lumis, and we thank Senator Weiden for his leadership and involvement in these important issues.' ..

Statement from Secretary of the Treasury Janet L. Yellen on the Cryptocurrency Compromise | US Department of the Treasury
https://home.treasury.gov/news/press-releases/jy0317

Senator Shelby is 87 years old at the time of writing the article, and will retire at the end of his current term.

Senator Richard Shelby (R-AL) has objected to the compromise amendment.

He didn't get his own amendment for $ 50b in defense spending, so he's against all others. Unless he changes his mind, that's it. The compromise amendment is dead.

FYI, he's retiring at the end of this term.

The infrastructure bill is expected to pass the Senate and be sent to the House of Representatives on the 10th of local time, without including any amendments to the definition of brokers. 'The good news is that we won't give up,' tweeted Jerry Brito, executive secretary of Coin Center , a non-profit organization on cryptocurrency policy, after deliberation in the Senate. He said he would aim to include a new amendment again after the infrastructure bill was sent to the House of Representatives.

From the beginning of the discussion, the Biden administration said that it had no intention of applying the rules to minors and developers who do not have tax information, and it is unknown how the passage of the infrastructure bill will affect the crypto asset industry. is.