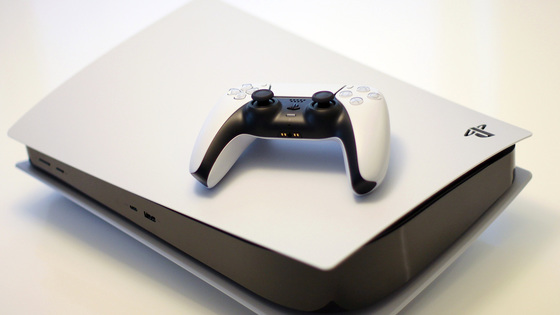 Sony's consolidated financial results for the first quarter of 2021 are as follows. Sony said that the factors that fluctuated sales were a significant increase in sales in the electronics products & solutions (EP & S) field and the music field, which are the consumer electronics division. In addition, it is analyzed that there was a significant improvement in profit and loss in the EP & S field as a factor for fluctuations in operating income. On the other hand, he commented that there was a significant decrease in profits in the game & network service (G & NS) field. 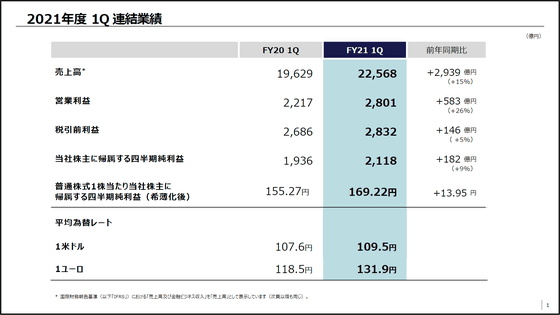 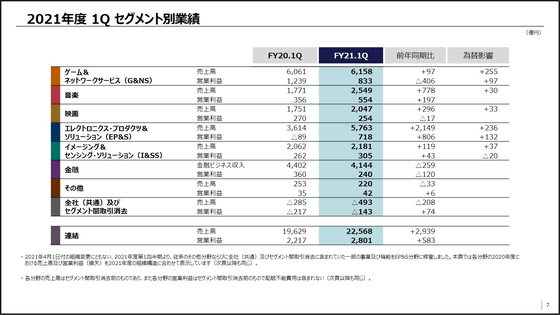 The increase in sales in the G & NS division is due to the increase in hardware sales due to the release of PlayStation 5 (PS5) and the impact of exchange rates. However, Sony said that the impact of lower software sales, worsening profit and loss on hardware, and increased selling, general and administrative expenses led to a significant decrease in operating income. However, regarding the PS5 sales target in 2021, there is no change in the conventional target of exceeding 14.8 million units, which is the actual result of the year after the introduction of PlayStation 4. As of July 18, 2021, PS5 sales 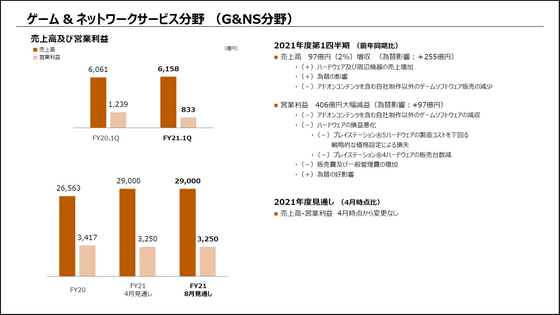 In addition, Sony announced in May 2021 that 'PS5 will eliminate the reverse Zaya state in June 2021 and will be profitable on its own.'

PS5, which was shipped under cost, is expected to return to profitability in June 2021 --GIGAZINE 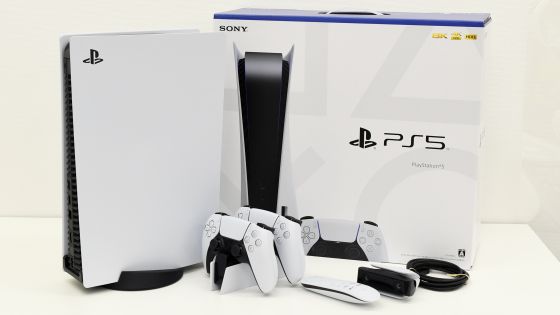 Regarding the improvement of PS5 profit and loss, Hiroki Totoki, Vice President and CFO (Chief Financial Officer), said in a question and answer session, 'Since the reference to the deterioration of hardware profit and loss is only a comparison with PS4, from the perspective of PS5 profitability. In other words, we have released the outlook for this term as of April, but it has not changed from the assumption at that time, and I understand that it is progressing smoothly as planned. ' I am commenting.

In addition, the 10 o'clock CFO commented on the impact of the global semiconductor shortage on PS5, 'For PS5, we have set a sales target for 2021 and have secured enough chips to meet it, so we will supply it. I'm not so worried about it, 'he said, saying that the shortage of semiconductors would have little impact on the PS5 supply.

Sony said, 'Software network service sales fell 15% in the quarter, mainly due to a decline in non-in-house software add-on sales, compared to the same period last year, when global demand was high, but before Corona. Compared to the same period in 2019, it increased by 38%, and we believe that the size of the game market has expanded significantly over the past two years. ' Sony, which has already acquired multiple game studios, has shown its willingness to continue making strategic investments to strengthen software development.

And, it is said that sales related to the movie 'Demon Slayer: Kimetsu no Yaiba Mugen Train ' are contributing to the increase in sales of the video media platform. In addition, the significant growth in music streaming sales has led to the growth of the music sector, Sony said. 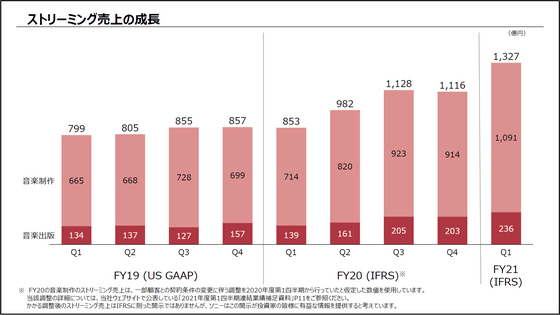 Furthermore, the increase in sales in the EP & S field was greatly affected by the increase in sales of TVs and digital cameras. Regarding TVs, it seems that demand for TVs is declining in the low-priced small and medium-sized product market, but Sony's main product, the large-screen TV market, seems to be performing steadily. Regarding digital cameras, Sony said that not only did demand recover, but by shifting its focus to high-performance, high-performance products, it was able to record strong sales in all regions. 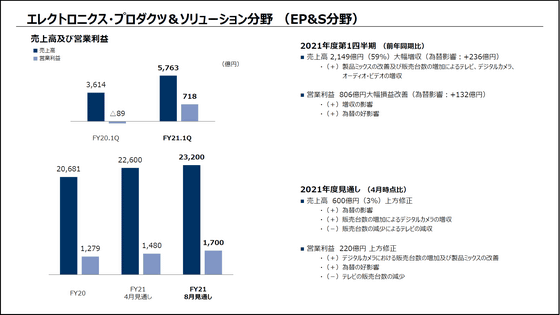