Details of the next generation model of PlayStation VR revealed 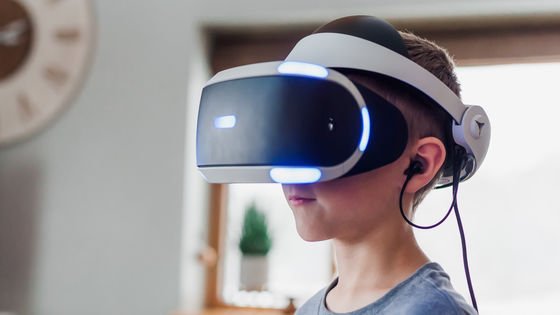 Sony has announced the development of a next-generation model of 'PlayStation VR (PS VR) ' that allows you to enjoy VR on PlayStation, but it is reported that the technical details have been revealed.

Sony's next-gen PSVR was reportedly detailed at a developer summit --The Verge
https://www.theverge.com/2021/8/4/22609558/sony-playstation-psvr-oled-aaa-eye-tracking-controllers


According to media reports, the resolution of the next-generation model PS VR is 2000 x 2040 pixels per eye, and 4000 x 2040 pixels when both eyes are combined. In addition, by supporting the line-of-sight tracking function, it seems that it also supports ' fovea rendering' that clearly renders only the middle part of the field of view.

In addition, the development code name of the next-generation PS VR is 'NG VR (Next Generation VR)', and the HDR OLED (organic EL) display is adopted for the display, supporting a viewing angle of 110 degrees, which is 10 degrees wider than the original PS VR. .. In addition to fove rendering as a rendering method, it also supports a technology called 'Flexible Scaling Resolution', which makes it possible to improve the performance of conventional PS VR compatible titles. It seems that it is.

The controller has capacitive touch sensors for the thumb, index and middle fingers, which are not only whether the player is touching the controller, but if not, how far the finger is from the controller. It is said that it is possible to recognize.

In November 2020, Sony applied for a patent that seems to be a controller for the next-generation PS VR. However, it has not been confirmed whether the next-generation PS VR will support the existing titles for the original PS VR. However, VR-related media Upload VR states that 'many developers can expect to remaster old titles for PS5 and the new PS VR.'