Microsoft's cloud service 'Windows 365 ', which began to be offered on August 3, 2021, reached the capacity of the free tier in just one day from the launch and stopped accepting applications. Microsoft plans to resume the trial version in the near future.

'Windows 365' announced by Microsoft in July 2021 is a subscription service that allows you to use any device in the same environment by providing the OS in the cloud. You can read the following article to see how the free trial version of 'Windows 365', which started service on August 3, was actually introduced. The official Twitter account August 4 days of Windows 365, 'by a number of demand, trial Windows 365 has reached the limit of capacity' and tweets . 'The response to Windows 365 has been so great that we had to suspend the free trial program until we had more space available,' said Scott Manchester, director of program management for Windows 365. Please register to receive it. '

We have seen unbelievable response to # Windows365 and need to pause our free trial program while we provision additional capacity. Sign up below to get notified when trials resume. Https://t.co/Q05C7cBWMh

When you actually visit the official website of Windows 365, you will be informed that 'We have received a large number of applications and the number of trials of Windows 365 has reached the planned number.' Windows 365 is sold to companies and organizations at the time of article creation, and the plan is 'Windows 365 Business' for small and medium-sized enterprises with 300 or less users and 'Windows 365 Enterprise' for large enterprises with no limit on the number of users there is. The price varies depending on the number of CPUs, memory, and storage configuration. In the case of the minimum configuration vCPU x 1, RAM 2GB, storage 64GB, the monthly fee per user is 3260 yen excluding tax, and with 'Windows hybrid benefits', the monthly fee is 2720 yen excluding tax. is.

The price of the cloud service 'Windows 365 Cloud PC' in Japan is the lowest configuration & if you are a Windows Pro user, monthly tax is 2720 yen, Office and Teams can be used --GIGAZINE 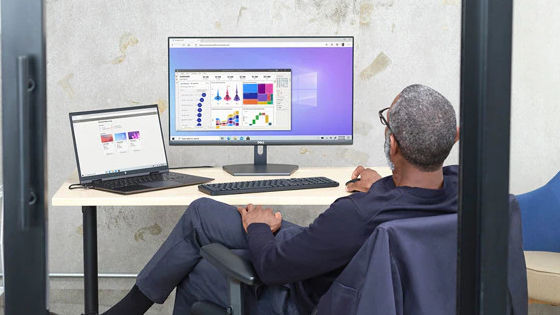