On July 28, 2021, eight types of McDonald's limited-time products that give you a feeling of Hawaii have appeared. In addition to the existing 4 products that appeared in 2020, such as First of all, I will try eating from 'Hawaiian BBQ Zaku Cut Potato & Beef'. Beef patties, potato patties and cheese are sandwiched between the buns. When you eat a bite, the crispy texture of hashed potatoes and thick beef, which is complemented by the spicy barbecue sauce with a faint curry-like spice scent, is outstanding. It is a burger with a simple composition of buns, beef, potatoes, cheese and sauce, but the sauce with more than 10 kinds of spices made it a taste that you will not get tired of. Next, I will try 'Hawaiian pancakes with 3 kinds of berry sauce'. There are two pancakes and they come with berry sauce. Compared to a transportation IC card, it looks like this. Cut with the attached knife and fork. The pancakes, which have a fluffy texture and a slight sweetness, go perfectly with the berry sauce, which has a rich sweetness that makes it look like it has been boiled down. 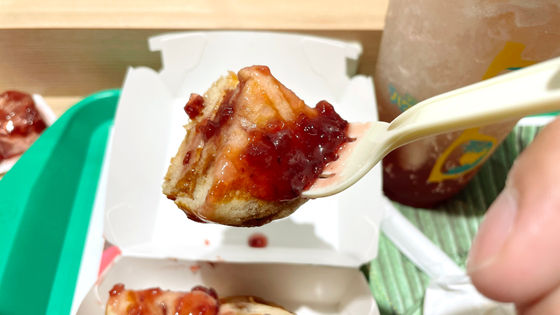 Next, I will try 'McFizz Sun Cassis & Orange'. With strong carbonic acid, the flavor of cassis and orange, which emphasizes sweetness rather than acidity, spreads in the mouth, giving a refreshing drink. If you drink it after eating 'Hawaiian BBQ Zaku Cut Potato & Beef', it will neutralize the spicy spiciness and quench your thirst. 'McFloat Sun Cassis & Orange' had a creamier taste with less carbonic acid stimulation thanks to the float. 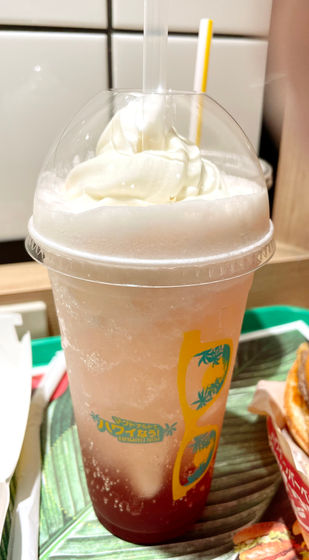