I bought 'Chilled Champon Mao Eggplant' with a ringer hat and ate it. 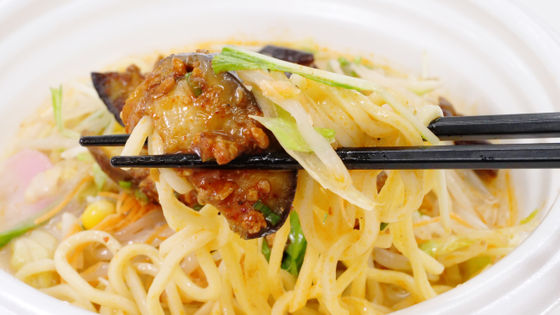 'Chilled Champon Mao Eggplant ' has appeared on the menu of Ringer Hut, a specialty store of Nagasaki Champon, from July 21, 2021.

I was curious about the taste of a dish of chilled champon , which is eaten with plenty of vegetables and homemade noodles in cold champon soup, topped with mapo eggplant, which has a habit of refreshing aroma and spiciness of mapo sauce and farjao oil. , I bought it with 'Pirikara Half Charhan ' that appeared on the same day and tried it. 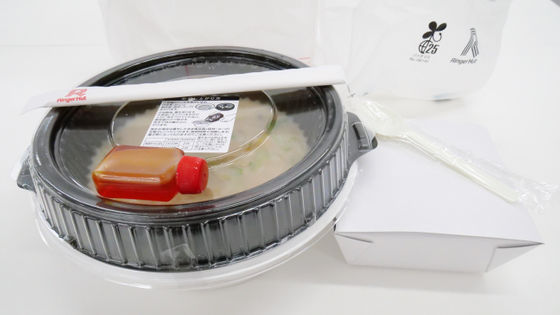 A cardboard bottom plate was laid on the take-out bag so that the container would not turn over even if it was shaken a little. 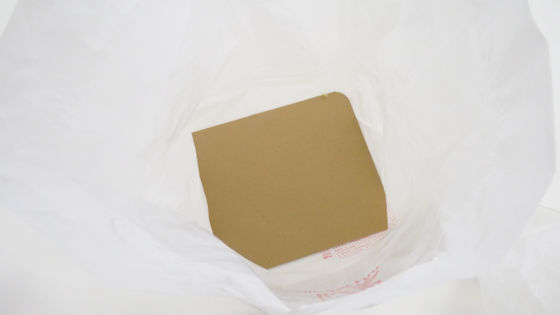 It is divided into inner lids containing champon soup. The actual diameter of the container is about 20 cm. According to the official website of Ringer Hut, 'Chilled Champon Mao Eggplant' contains a total of 196g of 7 kinds of vegetables including eggplant and 300g of homemade noodles. Immediately, I will sprinkle the champon soup on the noodles and eat it. When you eat a bite, you can feel the umami of eggplant and meat miso, which is complemented by the spicy spiciness, along with the sweetness of seasonal vegetables and the chewy texture of the noodles. The eggplant is browned and has the original taste and aroma of the eggplant, and it goes well with the moderately spicy mapo tofu sauce. By adding the attached Farjao oil, you can change the taste by adding the spiciness of numbness and the refreshing aroma peculiar to Chinese pepper, so you can eat 300g of homemade noodles smoothly without getting tired. The paper container has a square shape with a side of about 13 cm. Doubanjiang (Toubanjan) and Mame豉(touchi) miso that was used while spicy, is also 'Munekarashi' finish that feel mellow. The umami of the diced char siu and the exquisite sweetness of the fluffy roasted pork match well, so half the amount was a regrettable fried rice.