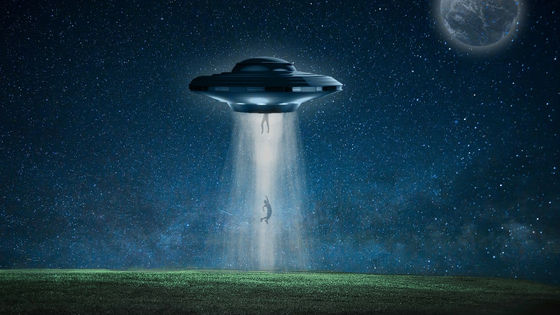 Lucid dreaming ' refers to dreams that you dream while you are sleeping, recognizing that 'this is a dream.' A Russian research institute specializing in mysterious experiences such as out-of-body experiences and astral projection has published a new treatise that 'lucid dreaming may be causing alien abduction experiences.'

Lucid dreaming is a phenomenon in which you keep dreaming while realizing that 'this is a dream', but it is also known that you will be able to manipulate your dreams after you realize that this is a dream. A sleep study for about 50 years meta-analysis of Northampton University analyzed in research According to the respondents about 55% of the subjects experienced at least once a lucid dream, the lucid dream at least once a month 23% He said that he answered. Regarding these lucid dreams, Michael Raduga and others, who belong to the Phase Research Center , a Russian research institute that studies mysterious experiences, conducted an experiment in which 152 subjects were asked to 'summon UFOs and aliens in lucid dreaming.' It was. Radugas and colleagues are investigating the hypothesis that 'encounters with aliens and UFOs are dreams of REM sleep,' and this experiment 'if you can summon UFOs and aliens in lucid dreaming.' The experience of encountering aliens and UFOs is more likely to be a dream you had in REM sleep. '

As a result of the experiment, 114 (75%) of the 152 subjects answered that they 'dreamed of encountering an alien or UFO.' Regarding the content of the dream, 91 people dreamed of Improbable (not real) and 23 people dreamed of Probable (it seems real). The detailed classification is as follows: 70 people (61%) dreamed of meeting standard aliens like those seen in science fiction works, and 22 people dreamed of meeting aliens that looked like humans. It was a person (19%). In addition, 44 (39%) had the dream of 'talking to aliens' and 27 (24%) were 'touched'. 32 people (28%) reported the dream of 'encountering a UFO', 12 people (11%) said 'entered the UFO', and 'the UFO on board flew'. 3 people (3%). In addition, 24% who participated in the experiment reported that they 'experienced intense fear or sleep paralysis.' The paper also touches on the details of the dreams that some participants had, and one female subject said, 'A'little man'with blue skin, a huge head, and big bulging eyes shines light on his eyes. There was a report that I had a dream of being taken away by a UFO in a dizzying gap, and another participant's feeling of being dragged somewhere while lying in bed, something with a white silhouette was in my chest. There is a report that he had a dream of 'going inside and messing with his contents with tools'.

Radegas, who led the study, said, 'The paralysis, fear, and helplessness in a vivid dream are so powerful that they blur the line between dreams and reality, so we are not aware that we are dreaming. It's no wonder that people actually meet aliens, are kidnapped, and claim to have been taken to the UFO. '' For those who aren't aware of their dreams, being kidnapped by aliens is a real experience. They simply don't know how to explain it. '