What did meat scientists find out as a result of researching 'the perfect way to cook meat'? Various chemical reactions occur during cooking, and the existence of a research field called 'food science' has made cooking in recent years academic, incorporating scientific trial and error. How can we make the steaks loved in the east and west scientifically delicious? Various scientists have been studying this point as well, and their useful knowledge is published in

Sizzling science: How to grill a flavorful steak
https://knowablemagazine.org/article/food-environment/2021/sizzling-science

First of all, one of the things that affects the finish of steak is the 'meat part'. The moderately moved lumbar muscles along the spine have less connective tissue and therefore have a softer texture than the frequently used leg meat. Also, so-called 'marbled meat' with fat droplets firmly between muscle tissues is softer, more gravy, and more likely to be flavorful, says Sulaiman Matarneh of Utah State University, one of the meat scientists. ..

In fact, the amount of fat in meat has a big impact on its flavor. According to Jerrad Legako, a meat scientist at Texas Tech University, parts like ribulose are rich in sashimi and rich in oleic acid, which is an umami ingredient. In contrast, sirloin is low in oleic acid and high in other types of fatty acids that do not enhance the flavor of steak.

Fatty acid content also depends on whether the cow is grain-grown or pasture-grown. Cows fed corn and soybeans in the last month of growth are said to have a high content of oleic acid. On the other hand, cows that have been grazing for the rest of their lives have a high content of omega 3 fatty acids. Omega 3 fatty acids are said to have a flavor that makes you feel fish and game , but in recent years, health benefits have been attracting attention. However, it is the cooking process that ultimately determines the flavor of the steak. First, when the meat is heated, the fatty acids become smaller volatile molecules, which float in the air to create the 'aroma' of the steak. In particular, when molecules such as aldehydes , ketones , and alcohol are mixed, people recognize the 'good scent of meat.'

In addition, the Maillard reaction also produces flavor. The Maillard reaction is a browning process that also occurs when baking bread and cookies. In the case of steak, amino acids and sugar contained in meat react with high heat to cause chemical changes, and molecules such as pyrazine and furan are generated, which contributes to the generation of 'fragrant odor'.

For this reason, those who seek the 'best steak' will seek the 'perfect Maillard reaction.' For steaks that burn and become bitter when overcooked, the variables are temperature, time, and meat thickness. According to Chris Kerth, a meat scientist at the University of Texas A & M, thin steaks are fast-burning and require a hot grill to make enough grills in a short amount of time. When a research team such as Kerth actually conducted an experiment in the laboratory, when a steak with a thickness of about 1.27 cm was cooked at a low temperature, the 'steak flavor' derived from the decomposition of fatty acids was likely to be produced. Turned out. On the other hand, when cooked at high temperatures, a large amount of pyrazine is produced, giving the taste a 'overcooked' taste.

For this reason, when grilling thin steaks, it is recommended to start by opening the grill lid and slowly cooking the meat. And by flipping it over in one-third of the expected cooking time, it is possible to move the water to the unbaked surface and cause the Maillard reaction more slowly, which is the ideal steak flavor. Is born.

On the other hand, when grilling a thick steak with a thickness of 3.8 cm, the problem of 'overcooking the surface before the center of the meat is cooked' occurs. When Kerth et al. Conducted an experiment, people evaluated the thick steak that was baked quickly at high temperature. For this reason, steakhouses that serve thick steaks generally use the method of 'grilling the surface and then baking in the oven.' When cooking at home, it is recommended to bake the surface and then heat it in an oven at 170 degrees. 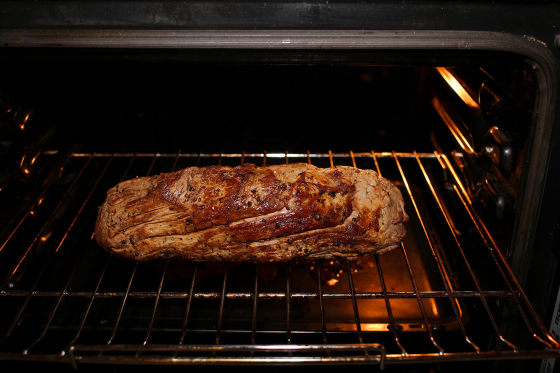 What a 'perfect steak' is depends on personal taste, but from a scientific point of view, 'meat that has not received enough heat to break down fatty acids does not produce a'steak flavor''. .. On the other hand, if the grill is medium or higher, the “blood flavor” peculiar to lightly cooked steaks will be lost. Many people prefer steaks that retain some bloody flavor to completely roasted brown meat, so it's important to keep the steaks roasted between medium rare and medium.

Based on these, Mr. Kerth advised that 'the chemical reaction when baking steak occurs in a very short time' and 'observe the meat closely'.