What are the common characteristics of 'talking animals' such as parrots and dolphins? 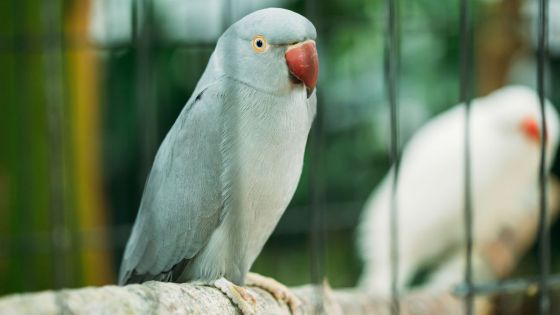 In addition to humans, there are many animals such as dolphins and bats that communicate by making sounds. Live Science, a science-related media, summarizes the features common to such 'talkative animals' and the advantages and disadvantages of vocalization.

Meerkats, which live in southern Africa, are known for making loud noises when looking for food. Arik Kershenbaum, a researcher on animal communication at the University of Cambridge in the United Kingdom, said, 'Meerkats cry to share information such as'I'm here'and'I'm safe here' when looking for food. 'Many vocalizing animals tend to form large communities like meerkats.' However, according to Kerschenbaum, it takes a lot of energy to speak out, which can increase the risk of predators finding their place. Due to these disadvantages, many creatures speak less frequently. 'Chimpanzees, known for their fairly complex social structures, do not speak much and communicate primarily with gestures,' said Kerschenbaum.

Meanwhile, Eric Jarvis, a neurobiology researcher at Rockefeller University in the United States, said, 'Sound travels long distances, which allows animals to insist on ropes against distant opponents or to distant. It's possible to find companions, 'he said, arguing that there are many benefits to animals speaking.

Animals that can enjoy the benefits of vocalization are limited to those that do not have the disadvantages of consuming a lot of energy and increasing the risk of detection from predators. For this reason, Jarvis points out that animals at the top of the food chain, such as humans, whales, dolphins, and elephants, tend to be more talkative. In addition, Jarvis said, 'Among the birds, the barking birds are often descendants of apex predators. Also, bats use ultrasound that is inaudible to other animals to risk predation. I'm avoiding it. ' Finally, Jarvis said, 'After discussing with many experts, we consider dolphins to be the most talkative animals. Dolphins are always vocal.'