SpaceX, founded by Elon Musk, is a space development company that succeeded in launching America's first private spacecraft in collaboration with NASA. SpaceX is not only developing rockets and spacecraft, but also deploying the satellite Internet service 'Starlink ' by launching more than 10,000 artificial satellites in the orbit of the earth, but the antenna for using this Starlink A car that was attached to the bonnet of a car was discovered and has become a hot topic.

A highway patrol in California, USA, posted on the official Facebook account that 'I found a car with a Starlink antenna on the highway.'

In addition, SpaceX is in the stage of applying to the regulatory authority so that Starlink can be used on automobiles, and first of all, an application is being made to install it on trucks, ships, aircraft and so on. However, it seems that it will take some time before Starlink's services can be used in ordinary cars, Musk said, 'The user terminal is too big to connect Tesla's car with Starlink. This is an aircraft or ship. , heavy-duty trucks, those are for the campers 'and tweets have been.

SpaceX applies to regulators to use satellite Internet 'Starlink' on trucks, ships and aircraft-GIGAZINE 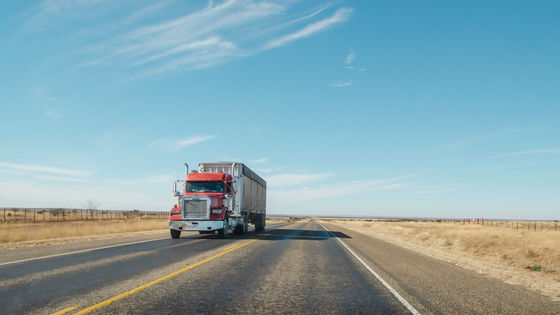