A new voting system has started, in which up to five people are 'ranked' and voted instead of just one candidate. What is the aim? 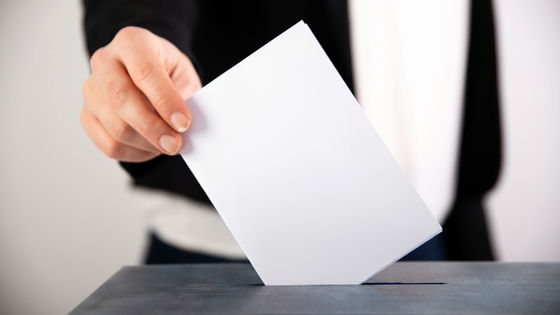 On June 22, 2021 local time, the mayoral primary, which introduced a new voting system that allows up to five candidates to be 'ranked' and voted, started in New York City, USA. It started with. National Public Radio, an American public radio network, explains what this newly adopted ranking system is all about.

What Is Ranked-Choice Voting And Why Is New York Using It ?: NPR

The voting method newly adopted for the Mayor's primary election in New York is ' Ranked-Choice Voting (RCV)'. RCV decides the winner by repeating the following steps 1 to 3 for the votes that the voter has selected up to 5 candidates and 'ranked' them.

The RCV is explained below with a simplified example. There are 3 candidates, Pochi, Tama, and Wheat, and 5 voters are A to E. It is assumed that the voters A to E cast the votes by assigning the rankings of the first choice, the second choice, and the third choice to each candidate as follows. In Round 1, we only look at the number of votes in the 'first choice', and if there is a candidate who has collected a majority, it ends at that point. If none of the candidates get a majority, only the lowest candidate will be rejected. In this case, Pochi has 2 votes, Tama has 2 votes, and Wheat has 1 vote, so there is no candidate who has collected the majority. Therefore, the lowest wheat will be rejected.


In the following Round 2, candidates who have been defeated in the previous round will be excluded, and for the remaining two, it will be calculated which of the top choices was more. For this reason, C's vote, which had the lost wheat as the first choice, was '1st choice: wheat, 2nd choice: Tama, 3rd choice: Pochi', and the vote of C was '1st choice: Tama, 2nd choice: Pochi'. Will be recorded as. If you go through this process, in this example, the Tama who collected the majority will win.


The advantages and disadvantages of RCV summarized by National Public Radio are as follows.

・ It becomes difficult for candidates who clearly understand their likes and dislikes to win.
Candidates who have enthusiastic supporters but who dislike overwhelmingly are less likely to be selected in RCV after the second selection, so the chances of winning are low.

・ Cost-effective
In the conventional system, if there is no candidate who meets the winning criteria, a re-election is required, so an election campaign for the re-election and the voting itself were also required. There is no need for a re-election, as RCV always ends with a single vote.

・ Voters can comfortably cast a vote
You'll be able to vote for your favorite candidate because you don't have to vote for a strong candidate to end the election.

◆ Disadvantages
・ The voting procedure is complicated and mistakes are likely to occur.
Compared to the conventional 'write the name of one candidate' system, RCV is more complicated and it is said that voters are more likely to make mistakes. In fact, from the results so far, it is reported that the number of invalid votes has increased 3 to 5 times in RCV.

・ Many people cannot choose up to the 5th choice
According to the exit poll on the New York Mayor's primary election, 25% of the voters were elected up to the fifth election. If the selection is not made until the 5th selection, there is a possibility that no candidate will collect the majority, and there are criticisms that 'if you do not properly select the 5th candidate, the true public opinion will not be reflected.'

・ There can be 'cooperation' between candidates
In the conventional election system, only one candidate name can be written on the ballot, so there was basically no strategy for candidates to cooperate with each other. However, in RCV, there can be a strategy of two candidates colluding and saying, 'If I want to be number one, put this person in number two.' In fact, in this New York Mayor's primary, Democrats Catherine Garcia and Andrew Yang adopted this strategy, and Garcia said, 'You can vote for both Yang and Garcia.' 'If you support me, please support Garcia as well,' he said.