How does the 'intestinal flora' that affects human emotions and health change by keeping a cat? 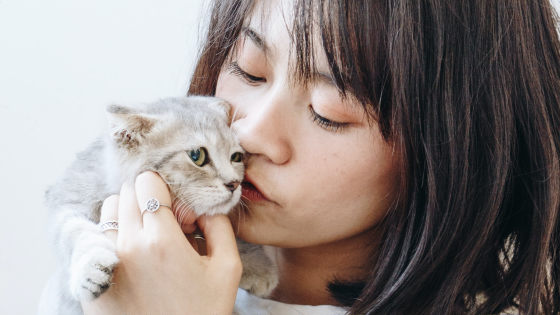 Studies have shown that the presence of pets has a variety of effects on their owners and that contact with animals reduces stress, and studies have shown that keeping dogs reduces the risk of death from a heart attack or stroke. I will. A new study investigating how keeping cats affects the gut microbiota, which is thought to 'significantly affect human health,' says 'cat owners are in the intestines with people who do not have cats. The bacterial status is different. '

Effects of cat ownership on the gut microbiota of owners
https://journals.plos.org/plosone/article?id=10.1371/journal.pone.0253133

Recent studies have shown that the state of the gut microbiome greatly affects a person's mood and health. For this reason, the intestines are sometimes called the ' second brain.'

How the intestines affect human mood-GIGAZINE 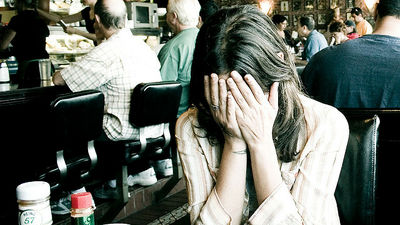 Researchers at the Hainan Medical School in China have investigated the effects of 'keeping a cat' on such an intestinal flora.

This study uses data from the American Gut Project (AGP) conducted by the University of California, San Diego School of Medicine. AGP is a project to analyze the intestinal flora from the feces of subjects and the results of questionnaire surveys, and this time the research team extracted data on 214 cat owners and 214 non-cat owners from AGP data. And compared. In both groups, the subjects were Caucasian only. There are 171 people aged 18 to 60 years old, 43 people aged 61 and over, and 111 women with 103 males. In addition, the 'normal weight' judged based on BMI was 132 people, and the 'overweight' was 82 people.

Changes were also seen at the phylum and family level of the fungus. Regarding the phylum, the group of cat owners tended to have significantly less proteobacteria than the group without cats. Regarding the family, the cat owner group had few Alcaligenes and Pasteurellaceae , while there were significantly more Enterobacter and Pseudomonadaceae. In addition, proteobacteria include many pathogenic bacteria such as Escherichia coli, Salmonella, Vibrio cholerae, Helicobacter pylori, and the increase in Alkalinegenes is thought to be related to hyperuric acidemia and constipation. Bacteria are related to diseases. For this reason, keeping a cat can be interpreted as reducing the bacteria associated with the disease. In addition, it is predicted that metabolic pathways will change significantly in the cat owner group. Taken together, the research team notes that there is a significant change in the gut microbiota, especially for 'female cat owners' and 'normal weight cat owners.' The research team also found that the results of this study not only indicate that 'keeping a cat' may affect the structure and function of the gut microbiota, but also 'link between obesity and keeping a cat.' He explained that the theory that there is no such thing is supported.