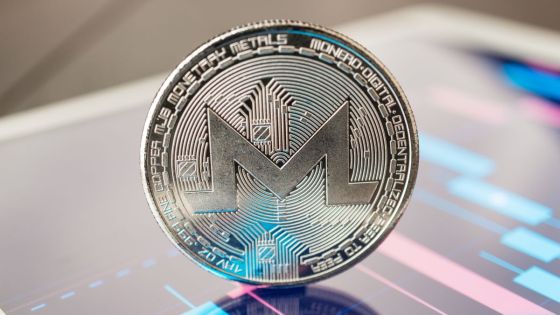 It is sometimes pointed out that crypto assets such as Bitcoin are 'used for illegal financing of criminal organizations' due to their high anonymity and ease of remittance. Among them, the crypto asset website

CryptoSlate has argued that it is ' untrue' to the opinion that 'Monero ', which is a relatively anonymous crypto asset, is a hotbed of crime.

FT says cybercriminals prefer Monero (XMR) to Bitcoin, but here's what it didn't get right
https://cryptoslate.com/ft-says-cybercriminals-prefer-monero-xmr-to-bitcoin-but-heres-what-it-didnt-get-right/ In August 2020, a criminal organization that laundered money on the scale of 4.4 billion yen through crypto assets was caught. Then, in January 2021, US Treasury Secretary

Janet Yellen said, 'Most of the crypto assets are mainly used for illegal cash flow.' Furthermore, in May 2021, Colonial Pipeline , the largest oil pipeline operator in Amelie, was attacked by ransomware, and it became a hot topic that the ransom of over 400 million yen was paid with Bitcoin. The relationship is getting a lot of attention.

'Most of the cryptocurrencies are used by criminal organizations,' said US Treasury Secretary candidate, but also pointed out that 'the facts are different' --GIGAZINE Meanwhile, regarding the crypto asset Monero, which is characterized by the difficulty of tracking the contents of transactions, 'Monero is designed to hide information such as sender, recipient, exchanged amount, etc.' 'Monero's High anonymity makes it difficult for law enforcement agencies to track down, 'said an article published on June 22, 2021, claiming that Monero is a hotbed of crime.

Monero emerges as crypto of choice for cybercriminals | Ars Technica In response to this opinion, CryptoSlate said, 'It's as irrational to link privacy specialization to criminal activity as saying,'All cash holders are involved in drug trafficking.'' , Develop a counterargument.

CryptoSlate also noted the existence of research findings that 'most of the illegal transactions in the world are conducted in ordinary currencies that are not cryptocurrencies,' highlighting the lack of relevance between Monero and criminal organizations. I am.