What are the benefits of trying to create habitats such as bees around solar panels? In recent years, the cost of power generation of renewable energy

has become so low that it exceeds fossil fuels, so installation of solar panels is being implemented and considered in various places. Entomologists at the University of Illinois at Urbana-Champaign and Iowa State University are considering attempts to create 'habitats for pollen-borne honeybees' on such solar-powered lands.

Such as bees to pollinate crops pollinator (pollinators) role plays is very large, in the United States relies means that 100 or more types of crops to mediate the pollen in animals. However, it has been pointed out that the number of honeybees and other individuals has decreased significantly as a result of the collapse of the ecosystem due to the decline in habitat and the effects of climate change. 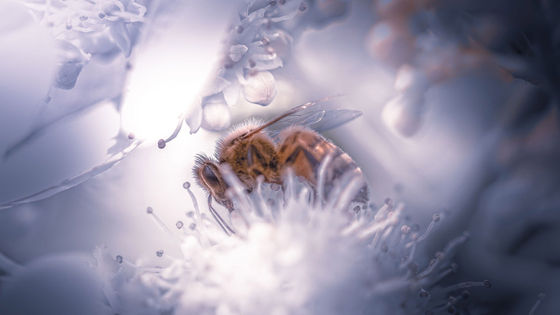 Therefore, in recent years, what has been attracting attention as a means of effectively utilizing the land on which solar panels are installed is to 'create an environment in which insects that transmit pollen such as honeybees can live around the solar panels.'

In fact, in Illinois, Vermont, Maryland, Michigan, Minnesota, Missouri, New York, and South Carolina, there are legislation that encourages the development of solar power plants and the creation of pollinator habitats. It has been enacted. Among them, in Illinois, which was introduced early, standards such as 'creating diversity of plants' and 'planting plants that have lived around the facility for a long time' have been set in order to develop a solar power generation facility that is friendly to pollinators. I will.

A team of assistant professors Adam Dolezal , an entomologist at the University of Illinois, examined efforts to combine these solar power plants with pollinator habitats. 'It seems natural in a sense to set up pollinator habitats in such facilities, but finding the most efficient way to get these benefits is not possible,' said Dolezal. I think it's very beneficial to us. '

Planting a variety of plants near solar panels is thought to have a positive impact on the surrounding ecosystem, increasing pollinators and benefiting the surrounding fields and orchards. In addition, the efforts to address environmental issues will be a PR for companies that build solar power generation facilities, and it is also expected to reduce the antipathy of the local residents to the landscape where solar panels are lined up. From a practical point of view, the growth of plants around the solar panel may lower the temperature in the vicinity and improve the power generation efficiency of the solar panel.

However, Dolezal points out that it is too early to think that these expectations are feasible, and that there are actually various difficulties. For example, solar panels are only 18 inches away from the ground, so planting tall plants can overwhelm the solar panels, resulting in reduced power generation efficiency. In addition, even if a diverse habitat is created using native plants, it will cost a lot of money to maintain the environment after that, so the wider the solar power generation facility, the greater the burden on the development side. Dolezal points out that it will increase.

Paul Cara Donna, a conservation scientist at the Chicago Botanic Garden, argues that efforts to combine solar panels with pollinator habitats are a great idea, especially in areas of high agriculture. On the other hand, if we open up nature and install solar panels, there is a concern that it will have an adverse effect on the ecosystem in the end, and we will create an environment where various native species inhabit and 'collect only plants with overlapping flowering schedules. It is also necessary to avoid situations such as 'there will be a time when the flowers of the plant will not bloom.' 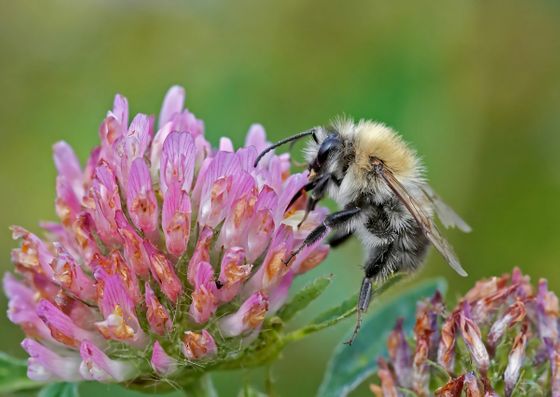