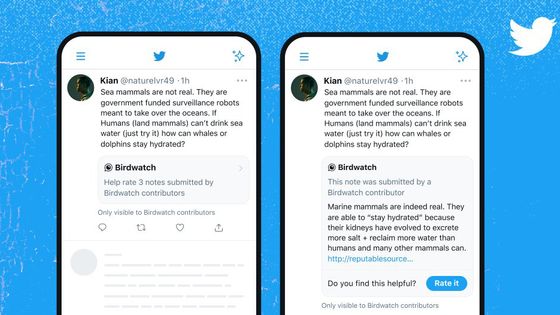 As part of its efforts to prevent the spread of fake news, Twitter is testing a feature called

Hey there! Exciting news ????. Now, when you're browsing Twitter on Android, iOS, or https://t.co/lEjTtR4BGM , you may see Tweets with Birdwatch notes. Notes will appear in a card on the Tweet. Right now, this feature is only visible to pilot participants. Pic.twitter.com/dyMHgawLUl

To prevent the spread of fake news, Twitter is working to label misinformation and encourage people to read articles shared on RT in advance. Birdwatch is one such initiative, with the ability to leave user-friendly comments on misleading tweets and share useful information with other users.

You can understand what Birdwatch is doing by reading the following articles. The Birdwatch pilot program began in January 2021 and was available to users in the United States who registered for the program. However, in the early pilot programs, Birdwatch notes were not displayed in tweets, but the notes could only be viewed on a dedicated website. 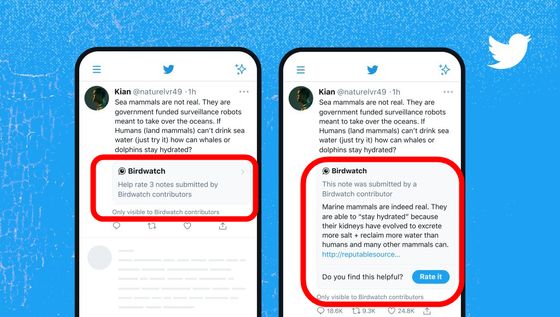 Birdwatch notes are rated by other users, and notes that are rated as 'currently helpful' are displayed with the tweet. If multiple memos are 'currently evaluated as helpful', the memos displayed at regular intervals will be rotated.

Also, if none of the notes attached to the tweet are 'currently rated as helpful', a card showing only the number of written notes will be displayed, and the user will tap the card. You can read all the notes.

A Tweet Has If Notes But None Are Yet 'Currently Rated Helpful', You'Ll See The Number Of Notes Written, And You Can Tap To Rate Those Notes On The Birdwatch Site. Pic.Twitter.Com/175LQUD9yf

If all the notes are 'currently rated as unhelpful', the notes will not be displayed in the tweet, and you can see the notes by tapping the Birdwatch icon in the details of the tweet.

Finally, if all notes on a Tweet are “Currently not rated helpful,” there won't be a card on the Tweet. You'll still be able to get to Birdwatch notes on that Tweet by clicking on the Birdwatch icon in the Tweet. details page. pic.twitter.com/Ubf8qeAWxS