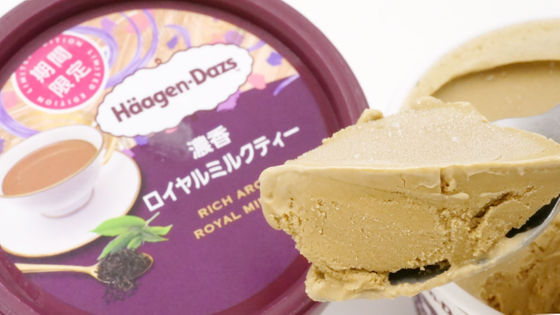 On May 25, 2021, 'Dark scented royal milk tea ', which is said to bring out the scent of Indian Assam tea leaves by the low temperature roasting method

, was added to the 'Mini Cup ' series of Haagen-Dazs. I actually tried a dish that Haagen-Dazs said, 'I aimed for a'thick'milk ice cream that would satisfy even tea lovers.'

This is 'Dark royal milk tea'. The package is based on azuki color, and the image of milk tea is drawn in addition to the letters 'for a limited time'. 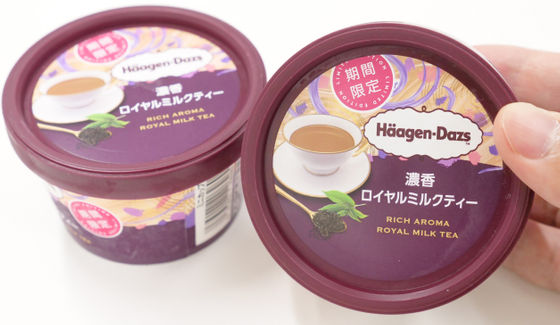 Opened. It looks like black tea has a strong color because it has only 'dark incense'. 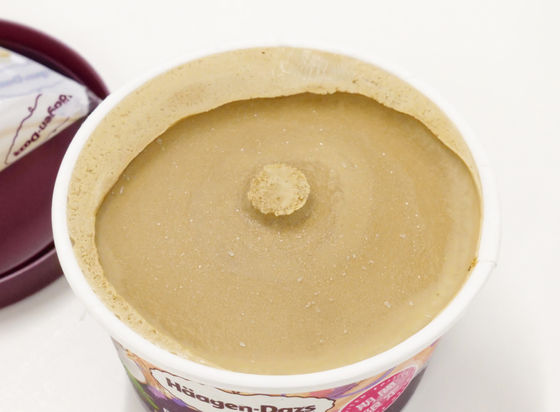 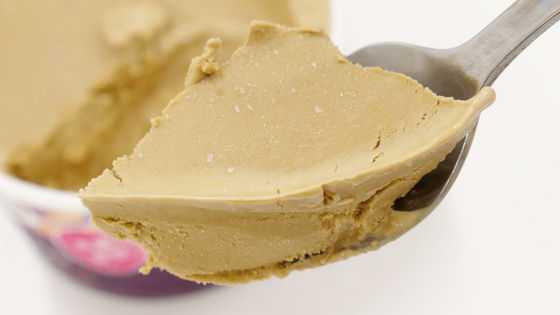 Haagen-Dazs 'Dark Royal Milk Tea' can be purchased at convenience stores and supermarkets nationwide from May 25, 2021. The suggested retail price is 319 yen including tax.