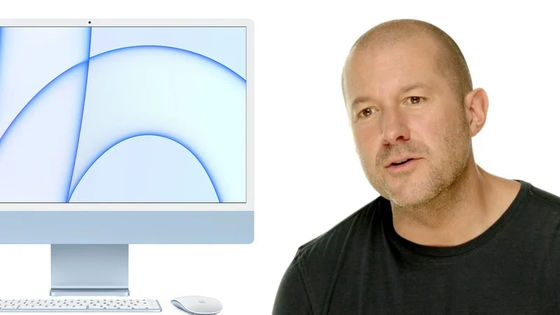 It has been revealed that Johnny Ive, who was involved in numerous product designs as Apple's chief design officer until the second half of 2019, was also involved in the design of the new iMac announced in 2021. ..

Introduced in 2021, the iMac is a machine with the same M1 chip as the new Mac, which was announced in 2020 and received the rave storm. Until now, the iMac was characterized by its simple and stylish appearance in silver and black, but the 2021 model has changed to a colorful design reminiscent of the original iMac, and overseas media have praised the new design. Many are listed. 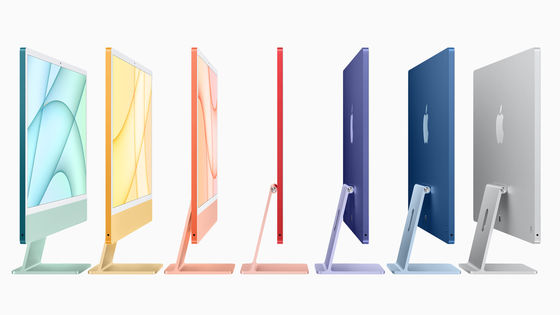 It has become clear that Johnny Ive, who has been in charge of designing numerous Apple products such as iMac, MacBook, iPod, iPhone, iPad, was involved in the design of such a new iMac. In addition, Mr. Ive left Apple in 2019 and established Love From, an independent design company.

Hardware design is a long-running process, so it's not surprising that designing an M1-powered iMac started before Ive left Apple. Apple-related media 9to5Mac reports, 'It's easy to imagine how Johnny Ive influenced the design of the new iMac from the ultra-thin housing and the bezel at the bottom of the display.' He points out that Ive's influence can be felt everywhere in the design. 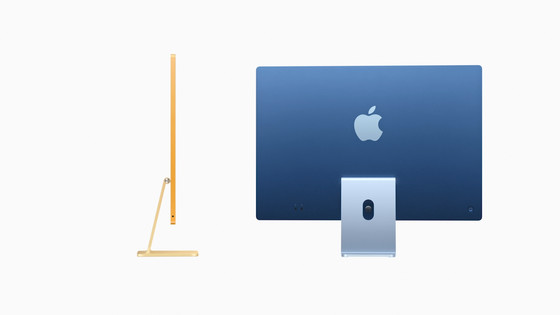 Also, when WIRED , an overseas media, asked Apple about how Mr. Ive was involved in the design of the iMac, he said that he did not admit or deny the involvement in the design, 'Apple's reaction is interesting.' It is reported that.

In a press release issued by Apple when Mr. Ive left the company, 'Ive pursues personal projects, but works closely with Apple through the new company and is involved in various projects,' Apple said. It was suggested that Mr. Ive's relationship would continue thereafter. However, the relationship between Apple and Love From remains unclear, and it's unclear if Ive was still involved in the design of the iMac after leaving Apple.

9to5Mac says, 'Even if Ive has some involvement in iMac design, it's reasonable to assume that most of its inspiration comes from Apple's current industrial design group, led by Evans Hankey and Alan Dye. It is. '