What is Oracle's citizen monitoring tool 'Endeca Information Discovery' that police use to suppress protesters? Technology is evolving day by day, but there are always concerns about the use of technology by governments and police from an oversight perspective. Meanwhile, investigative journalism The Intercept revealed that the tools provided by Oracle were being used by police in a way that 'digs out targets from SNS posts and suppresses protests.' This tool has been exported outside the United States and is about to be launched in China.

Oracle Peddled Software Used for Spying on US Protesters to China

In 2011, Oracle acquired Endeca, a developer of data detection software, and announced a platform called Endeca Information Discovery. Endeca Information Discovery is a tool that can be used in areas such as data marketing, but the Chicago Police Department uses it as a 'tool to match criminal records, emergency calls, and protesters' tweets,' according to Oracle sources obtained by The Intercept. It was said that he was doing it.

For example, when the NATO Summit was held in Chicago in 2012, a large-scale protest demonstration was held. Endeca Information Discovery has the function that 'when someone posts in a specific word on SNS, the post will be displayed on the software after 0.5 seconds, and even if the post is deleted after that, it will remain on the software'. Therefore, the Chicago police focused on words such as 'protest' and sorted by 'negative feelings' and used it to suppress riots.

Over the next nine years, Endeca Information Discovery has steadily increased its customer base and is being used not only by the Chicago Police Department, but also by police in Argentina, Finland and the United Arab Emirates, The Intercept reveals.

◆ What is the data detection software 'Endeca'?

Founded in 1999, Endeca has grown in the wake of the big data era and entered into a strategic alliance with CIA-operated venture capital firm In-Q-Tel in 2003, as well as Palantir, a big data analyst. Announced investment. And two years later, In-Q-Tel announced that it would introduce Endeca to the Defense Intelligence Agency. At that time, there was a lot of attention to counter-terrorism, and Endeca became one of the tools for government agencies to visualize data.

According to federal spending records, Endeca eventually acquired clients in the FBI, the US Cyber Command, the Army, and more. In 2008, Endeca signed a contract with the Guantanamo Bay Containment Camp , where a person arrested suspected of having terrorism-related information in the Afghanistan conflict and the Iraq War was taken, and has a record of spending until 2019. The Intercept also confirmed that the job information contained the words 'Endeca / Oracle Guided Search'.

◆ Oracle enables police 'data-driven activities' with the acquisition of Endeca
In the early 2000s, when Endeca got clients from government agencies, Oracle laid the client base within the police. One of these projects is the Citizen Law Enforcement Analysis and Reporting (CLEAR) project between the Chicago Police Department and Oracle, which stores arrest records of people and data on gang members. On the other hand, CLEAR has been pointed out as a hotbed of discrimination against blacks, and activists are demanding that the content be deleted.

By the time Oracle buys Endeca for $ 1.1 billion in 2011, police will monitor social media posts and identify criminal hotspots from personal information in a 'data-driven' way. The Intercept reports that he was interested in 'activities.' In fact, Oracle's acquisition of Endeca took place while police were rushing into political protests. And on May 20, 2012, the year after the acquisition, when police attacked the demonstrators, former Oracle employee Richard Tomlinson said Twitter that Endeca is processing 8,000 tweets a day. Posted in.

In his presentation, Tomlinson explained how police can use Endeca Information Discovery to perform a targeted search based on 15,000 pieces of information obtained from the National Counterterrorism Center to find the whereabouts of the target person and extract the information. I'm talking. He also mentioned that the software could be used by police to sort posts by influence score, filter by 'negative emotions', and focus on specific users. In another talk, Tomlinson also showed that police could mine social media posts with Endeca Information Discovery and take advantage of years' worth of location-based crimes and arrest notes. ..


◆ Data-driven monitoring tools to China
It's unclear if the Chicago Police Department is still using Endeca Information Discovery at the time of writing, but it has been pointed out that Oracle is also trying to sell such criminal investigation tools in China. 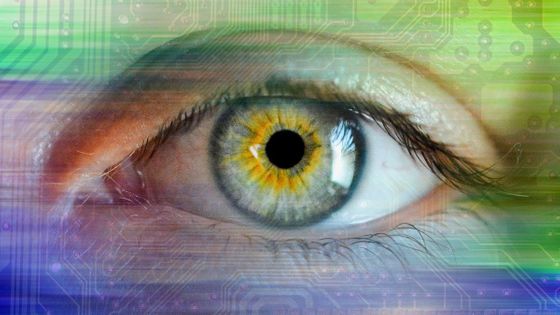 From a marketing perspective, it has been pointed out that having an American government agency as a client conflicts with marketing tools to China. In fact, Oracle CEO Safra Catz is a member of the US Government-led National Security Commission on Artificial Intelligence , saying, 'It is our value that the Chinese government uses AI for surveillance. It ’s an antithesis . ” Endeca Information Discovery's entry into China contradicts Oracle's claim, but The Intercept has obtained material that Oracle employees have marketed the software for a surveillance project by Chinese authorities. The Intercept points out that the practice of 'exporting invasive tools tested in the United States' tends to be seen by major tech companies other than Oracle.

Note that such data detection software is not limited to Oracle products. It is also reported that the software of the emerging AI company Dataminr, which is affiliated with Twitter, was used to suppress the protests of 'Black Lives Matter ' that appeals for the elimination of black discrimination.