Can pandemics be prevented if all humans do not eat meat? 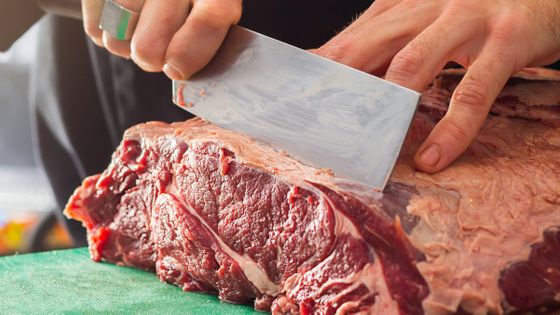 The new coronavirus infection (COVID-19), which caused a global pandemic, is a zoonotic disease that is transmitted from animals to humans, and it has been pointed out that the fresh market may have become the source of infection. Meanwhile, some people have argued that 'if all human beings become vegans who do not eat meat, pandemics will not occur', but Johns wonders if humans can actually prevent pandemics if they do not eat meat. Amesh Adalja , a health and security expert at Hopkins University, explained.

Does eating meat cause pandemics? What some calls for veganism get wrong
https://www.inverse.com/mind-body/can-going-vegan-prevent-pandemics

The vegan people have a principle of living without exploiting animals as much as possible, and they try not to eat animal meat, eggs, dairy products, etc. in their diet. Moby , a vegan musician and writer, tweeted in March 2021 that 'there is no pandemic in the vegan world. 100% of pandemics are zoonotic diseases.'

A reminder: in a vegan world there would be no pandemics. 100% of pandemics are zoonotic in origin. #Veganforlife pic.twitter.com/t9oEvtU1tS

Moby is not a public health expert, but the habit of eating meat caused the COVID-19 pandemic, as there is a theory that COVID-19 originated from the fresh market where wildlife was bought and sold. The possibility cannot be denied. But Adalja points out that the problem is not the physical consumption of animals, but the way humans live and how they are consumed.

Humans live on Earth with other animals, and becoming vegan does not prevent them from interacting with species other than themselves. 'You can get rabies by being bitten by a raccoon, not because you intended to eat a raccoon, but because you happened to encounter it in the wild,' said Adalja.

In fact, in addition to carnivorous diseases that cause zoonotic diseases, there are cases of mosquito bites causing malaria and tick bites causing Lyme disease. Moby's claim that 'there is no pandemic in the vegan world' is false, and even if all human beings are vegan, the possibility of a zoonotic pandemic remains. More important than eating animals is the interaction between humans and animals. It is true that many of the infectious diseases that have become a problem in the past few decades have been transmitted from animals to humans, but in order for the pathogens of animals to infect humans and cause pandemics, it is necessary to overcome the following hurdles. Adalja said.

Adalja pointed out that there have been many cases of pathogens being transmitted from animals to humans in the past, and the infection has spread sporadically. However, it is said that the modern lifestyle is related to the big problem that zoonotic diseases shake the world in modern times. 'We didn't have vegans 10,000 years ago, but we didn't have a pandemic,' commented Adalja.

As humans transitioned from hunter-gatherer societies to agricultural societies, many people lived in one place and the population density increased. As a result of the close interaction between humans due to these social changes, the possibility of pathogen transmission from human to human has increased, and the

plague outbreak in the 14th century accounted for 22% of the world's population at that time. It is said that nearly 100 million people have died. In modern society, the level of medical care and hygiene has improved since the plague epidemic, but the speed at which infectious diseases spread has increased dramatically due to internationalization. 'Outbreaks that occur on one side of the globe can unknowingly reach the other side of the globe, which happened at COVID-19,' said Adalja, due to globalization and the development of big cities. Claimed that the incidence of pandemics was higher than the impact of consumption of meat and animal products.

Sure, eating meat isn't unrelated to the outbreak of a pandemic, but it's just one of many causes. In addition, some studies have shown that changing the way animals are raised can reduce the risk of developing a pandemic.

study found that the incidence of bird flu was significantly higher in large commercial poultry farms, suggesting that a method of raising large numbers of animals in a fixed space could increase the incidence of the disease. It has been. Another study concluded that measures such as providing adequate hygiene and equipment and vaccination against seasonal influenza are important to protect workers working in poultry farms and elsewhere.

Adalja agreed with these studies, saying, 'Practicing biological safety measures in advance can minimize infection in most cases.' Increasing international surveillance and early detection of signs of a pandemic may also help contain the disease before it spreads around the world. 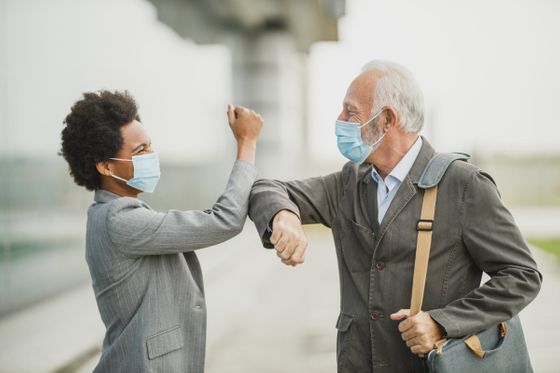