As one of the dry snack ' Since the base is kaki no tane, the raw materials are starch, rice flour, soy sauce-flavored seasonings, and other okaki-like ingredients, and in the second half, chili powder and habanero Kanzuri appear. According to the tyrant, 'Habanero Kanzuri' is a spice seasoning made by mixing Habanero from Niigata prefecture with Koji, Yuzu and salt and fermenting it for more than 3 years. As a 'Tyrant Habanero' that uses Habanero Kanzuri, ' 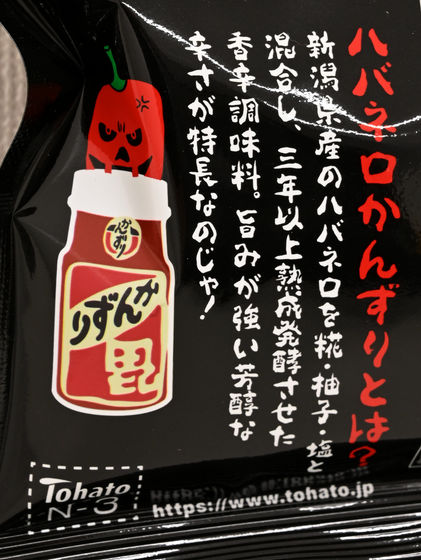 The contents are like this, 'slightly reddish persimmon seeds'. 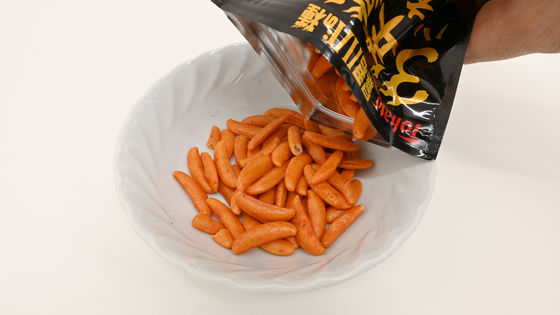 The scent is not something that comes to your nose, but a mixture of soy sauce and yuzu. However, when you eat it, the gorgeousness changes, and at the same time as the soy sauce taste, the stimulation to the front side of the tongue begins, and the wave of the stimulation flows to the top of the tongue. When you swallow the chewed persimmon seeds, the spiciness stimulates the left and right sides of the back of your throat, and the back of your tongue gradually warms up. I have the impression that the speed of drinking alcohol will increase if you use it as a drink.