Why are there no horse-sized rabbits? Lagomorphs are widely distributed on all continents except Antarctica, and are known as mammals whose habitat can be confirmed in many areas. However, the largest species of Lagomorpha weighs about 5 kg on average, making it a much smaller species than other herbivorous mammals that can compete in the continental environment. A study by Susumu Tomiya of Kyoto University and others has shown that the reason why rabbits are small is the influence of other herbivorous mammals that are competitors. All Lagomorpha are small, but some domesticated rabbits and rabbits that live on uncompetitive Mediterranean islands weigh up to 7-8 kg on average. Therefore, Mr. Tomiya hypothesized and verified that herbivorous mammals such as cows and horses, which could be competitors in the continental environment, have suppressed the growth of rabbits.

First, as a result of a global analysis of how the maximum weight of Lagomorpha and the habitat differ between regions, the minimum average weight of ungulates such as cattle living in the same region became the morphology of rabbits. It turns out to be the most influential factor. 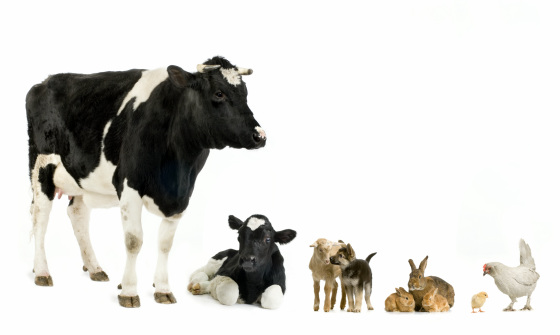 An analysis of the estimated maximum weight and environmental factors of Lagomorphs over the past 37.5 million years in North America suggests that ungulates living in the same period suppressed the growth of Lagomorphs. .. It has also become clear that such ungulates have changed species due to climate change such as the expansion of grasslands.

Furthermore, when Mr. Tomiya compared the energy consumption of the existing local rabbits and the expected local population of ungulates, it was found that the weight of Lagomorphs, which each individual can stably ingest energy, is about 6.3 kg. .. Below this weight, rabbits are competitively superior to ungulates of similar size, while above this weight, rabbits are expected to be at a disadvantage in competing with ungulates. ... apparently ...

Mr. Tomiya describes this research as 'providing new insights into the debate on the evolution of living things.'