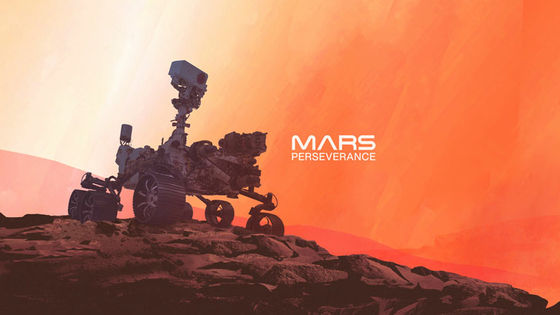 Perseverance spacecraft, which is carrying out its mission on Mars, to produce oxygen from the Martian atmosphere.

Since the gravity applied to an object is proportional to the mass of the object, it is considered that 'as light as possible is desirable' for spacecraft and spacecraft that must be launched outside the earth due to gravity. According to this idea, NASA has called ' In-Situ Resource Utilization (ISRU) ', which is a resource necessary for the survival of astronauts and building materials for space stations from resources obtained on the moon and Mars. We are promoting technology to produce such products.

The Mars probe 'Perseverance' launched on July 20, 2020 is also based on the concept of ISRU, and is equipped with an experimental device called 'MOXIE' that generates oxygen from the atmosphere of Mars in anticipation of future manned Mars exploration. Was being done. The specifications of MOXIE and the oxygen generation method are explained in detail in the following articles.

The oxygen generator of NASA's Mars probe 'Perseverance' will soon be operational, what kind of equipment is it? --GIGAZINE And on April 21, 2021, local time, NASA announced that it had succeeded in launching MOXIE. At this first boot, MOXIE warmed up for 2 hours and then generated oxygen for 1 hour with two device status checks. Oxygen was generated at a pace of '6 grams per hour', but as mentioned above, due to the status check of the equipment, the oxygen actually generated was 5.37 grams. This amount is equivalent to the amount that an astronaut can breathe for about 10 minutes. 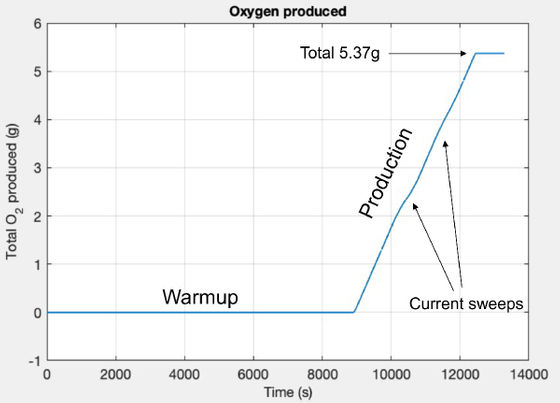 Regarding this oxygen generation experiment, NASA said, 'In order for four astronauts to return from Mars, they need 7 tons of rocket fuel and 25 tons of oxygen. They will carry 25 tons of oxygen from the earth to Mars. Is difficult, so it is much more economical and practical to deliver a 1 ton MOXIE that can produce 25 tons of oxygen. '