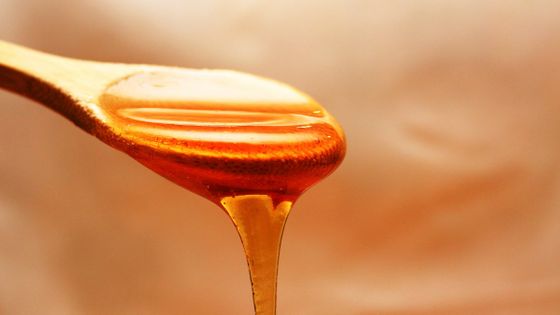 to the Cold War , in which the capitalist and liberal camps of Western countries led by the United States and the communist and socialist camps of eastern countries led by the Soviet Union confronted each other. It was done. A study by the University of William and Mary in Virginia, USA, revealed that 'American honey still contains radioactive substances even in the 21st century' due to the nuclear test conducted during the Cold War. became. Associate Professor Jim Kaste , a global environmental scientist at the University of William and Mary, said at a 2017 freshman seminar that modern foods contain radioactive substances released in nuclear experiments decades ago. For the purpose of showing, I gave the task of 'bringing local food back to the university'. Kaste said, to investigate the food such as apples, maple syrup, pecan nuts freshman who was brought back in a gamma-ray detector, is included in the food cesium of the radioactive isotope , Cesium-137 was measured.

Cesium-137 is a radioactive substance produced by nuclear fission such as uranium-235 , and most of the cesium-137 present in the environment is artificially produced by nuclear tests. As Kaste expected, faint cesium-137 was detected in the foods brought by the students, indicating that the foods still contained radioactive material released in nuclear tests decades ago. thing.

However, Mr. Kaste seems to be upset that cesium-137, which is higher than expected, was detected when 'honey purchased in the North Carolina market' was measured with a gamma ray detector. 'I wondered if something happened to the container or my detector broke, so I measured it again. The measurements were reproduced. Honey was 100 times more radiant than any other food. ',' Says Kaste. 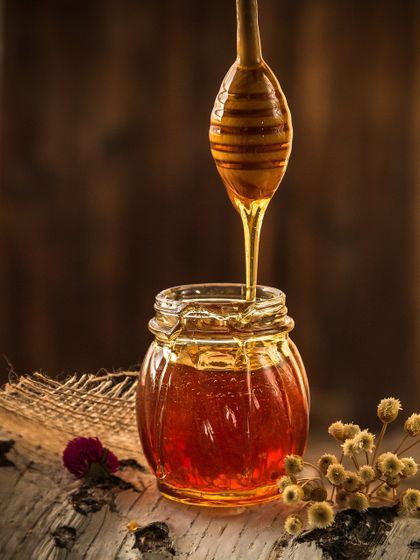 To find out why honey contains so high cesium-137, Kaste's research team collects and analyzes pure, unfiltered honey samples from markets and apiaries in the eastern United States. I did. As a result of the test, cesium-137 was detected in 68 of the 122 samples collected from

The cesium-137 detected this time is a trace of a nuclear test conducted by the United States and the Soviet Union during the Cold War. Many of the nuclear tests at that time were conducted in the Marshall Islands in the Pacific Ocean and Novaya Zemlya in the Arctic Ocean, as well as in New Mexico and Nevada . 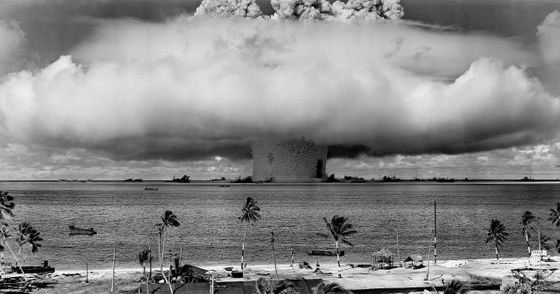 Precipitation is the main reason for cesium-137 in the atmosphere to reach the ground, but areas with high levels of cesium-137 in honey did not have particularly high annual rainfall. Rather, it was found that honey containing a high concentration of cesium-137 was produced in areas where the

potassium concentration in the soil was low.

Potassium is a major nutrient for plants and plays an important role in metabolism in plants. It seems that there are many similarities between cesium atom and potassium atom, and if the soil contains less potassium, plants may absorb cesium as a substitute for potassium. As a result, the research team explains that cesium-137, a radioactive isotope of cesium, is absorbed by plants and contained in honey, and the honeybees collect it to increase the concentration of cesium-137 in honey.

The phenomenon that plants absorb cesium-137 in soil has been confirmed in the Chernobyl accident , but in this study, the radioactive material produced in the nuclear test several decades ago is more than several thousand kilometers from the test site. It has been shown that it is still influencing in remote areas. Fortunately, none of the cesium-137 detected in honey seems to be harmful to the human body, and it is not necessary to avoid honey for fear of radioactive substances. Kaste also states that this study has led him to eat honey more than before, rather than being afraid of honey.

However, even if it has no effect on humans, trace amounts of cesium-137 may be harmful to other organisms.Bee population decline has become a major issue in recent years, and Kaste said, 'I'm not sure if cesium-137 is related to colony collapse disorder or population decline,' but radioactive material. He argued that further research was needed to understand the effects of contamination on insects. 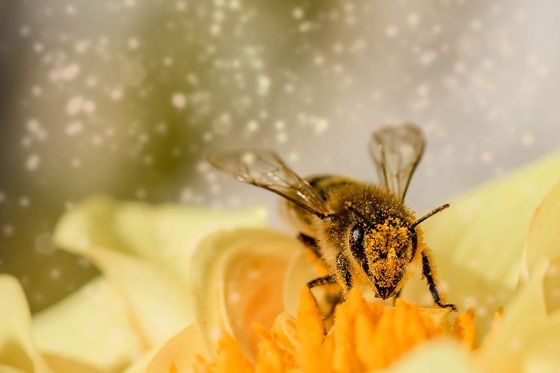