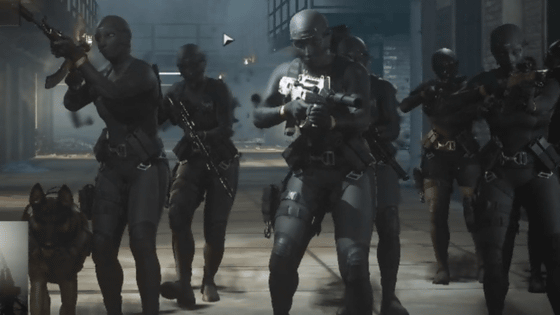 recent years, competitive shooting games such as 'Fort Knight ' and ' Apex Legends ' are mainly 'free to play', and the main revenue is the sale of 'skins' that change only the appearance of characters, weapons, items, etc. It is the source. However, some skins have the effect of 'advancing the game in an advantageous way', which is different from the developer's intention due to the appearance, and correspond to 'Pay to win (a mechanism that allows the game to be advanced by item charging)'. Is inviting criticism.

In the flow of the game's profit system shifting from the purchase-out method to free-to-play, the title of selling powerful 'charge-only items' also appeared temporarily, but in competitive shooting, 'substantially strong charge-only' If you don't buy the item, you won't be able to win, so you are compelling to buy it. ' In this way, the mainstream method is to sell only skins that only have the effect of changing the appearance and do not affect the outcome.

In this way, the purchase-only skin is a billing item implemented on the premise that it does not affect the outcome. However, in competitive shooting, 'visibility' affects the outcome, so skins that have a camouflage effect of 'being invisible in the background' have the ability to advance the game. It can be said.

Ars Technica, an IT news media, cites the 'Plastic Patroller' skin, which was implemented in Fortnite in 2019, as a typical example of a skin that has had the effect of advancing the game. Plastic Patroller is a green skin with a toy guerrilla motif, and was accused of being 'too strong' because it almost disappeared when hidden in trees or behind the leaves. These cases occur so often that game developers should have paid particular attention when developing new skins. However, in the popular FPS '

Call of Duty: Warzone ', which is free to play, the skin called 'Rook', which is released when the character 'Roze' is set to level 100 after charging, is becoming a hot topic. Below is the actual Rook skin. It is a black skin including the face paint around the eyes. 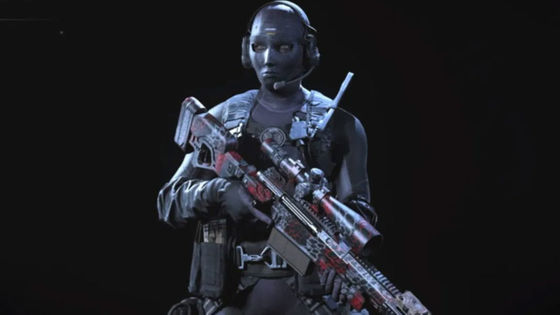 The visibility of black itself is low, and it becomes almost invisible when hidden behind many objects in the map. At the $ 250,000 tournament called 'Twitch Rivals ' held in January 2021, Rook skins raged, with Roze-only teams equipped with Rook skins appearing. In response to these issues, popular distributors such as Jack 'CouRage' Dunlop said, 'Rook skins are ruining the game,' and on April 17, 2021, Raven Software, the developer, said 'Roze.' We will make adjustments for this. '

There are a lot of changes coming soon that we think you'll be happy to see:

• An adjustment to Roze
• A significant balance pass to weapons such as the Tac Rifle Charlie, M16, FFAR 1, and Sykov
• Fix for MW weapon perks + sniper glint
• Change to how you acquire the RC-XD