It is clear from the 'difference in the appearance of optical illusion images' that depressed patients see different worlds. 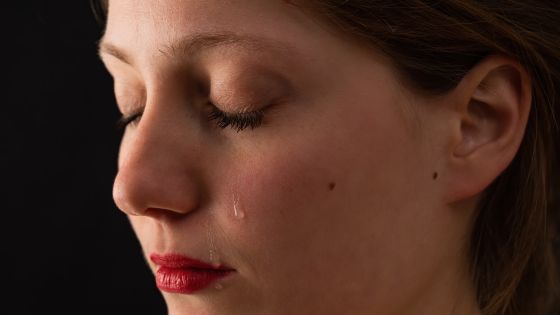 a part of the brain is altered when suffering from depression for a long period of time. New research on the effects of depression on vision has been reported by a research team of researchers in psychiatry and psychology at the University of Helsinki . 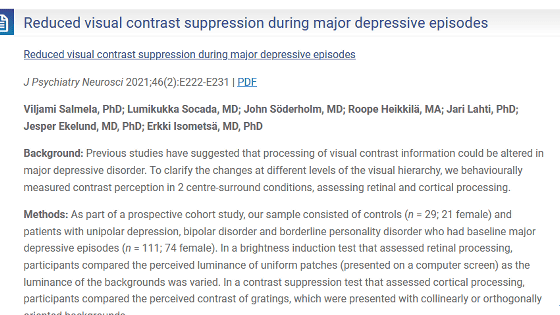 To investigate the effects of depression on patients' vision, the research team conducted an experiment in which 111 depressed patients and 29 non-depressed patients were asked how the illusion images looked. ..

The illusion image used by the research team looks like this. The gray squares located in the center of the shapes on both sides have the same brightness, but the brightness looks different due to the difference in the surrounding brightness. This illusion image showed that about 40% of subjects in both non-depressed individuals (blue) and depressed patients (orange) reported the expected appearance.

In the image below, by changing the direction of the 'striped pattern' in the central part and the peripheral part of the doubled quadrangle, the peripheral part is horizontal even though the color of the central part has not changed. It is an optical illusion image that the color looks lighter in the vertical stripes than in the stripes. In this illusion image, about 20% of people without depression reported the expected appearance, whereas only about 5% of the subjects with depression reported the expected appearance. This result suggests that depressed patients may perceive the world differently than those who do not have depression.

According to the research team, the appearance of the optical illusion image used in this study is related to information processing in the

cerebral cortex . 'This study has had useful results in identifying information processing disorders in depressed patients,' said Biljari Salmera, a member of the research team. We hope that it will serve as one of the materials shown.

In addition, a study published in 2018 revealed that depression alters a part of the brain, and depression may be a `` progressive disease'' similar to Alzheimer's disease and Parkinson's disease. Has been pointed out.

Depression progresses and the brain deteriorates after years of suffering --GIGAZINE 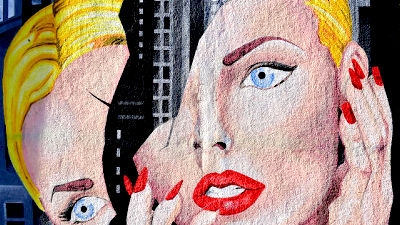