It turns out that consuming too much sugar when you are young will adversely affect the memory function of the brain, is the key 'intestinal bacteria' 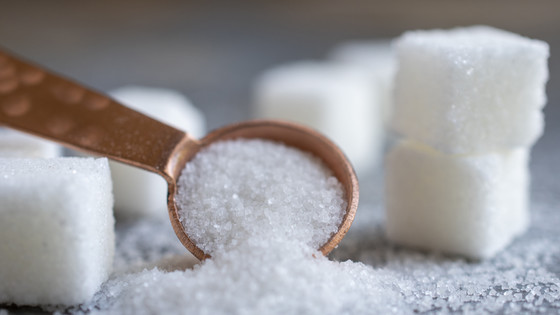 A collaborative research group from the University of Georgia and the University of Southern California has shown in experiments with rats that 'daily consumption of sugar-containing beverages in adolescence reduces learning and memory scores in adulthood.' Announced that it was done. The group suggests that the negative effects of sugar on memory may be due to 'changes in gut bacteria.'

Sugar not so nice for your child's brain development | EurekAlert! Science News
https://eurekalert.org/pub_releases/2021-03/uog-sns033121.php

The United States Department of Agriculture and the Department of Health and Human Services jointly publish ' Dietary Guidelines for Americans ,' recommending that 'sugar accounts for less than 10% of the daily calories.' It has been. The Centers for Disease Control and Prevention (CDC) also found that sugar in the calories consumed by Americans aged 9 to 18 exceeds the values recommended by the guidelines, most of which comes from sugar-containing beverages. I point out that. To test the theory that 'high sugar intake affects the hippocampus , which controls various cognitive functions in the cerebrum,' the collaborative research team fed young rats a normal diet and 11% sugar water. We conducted a test to measure the 'episodic memory ' that Kaiba controls. The results showed that rats fed sugar water in early childhood had weaker episodic memory than rats fed a normal diet.

We also conducted a test to measure 'basic cognitive memory' that simply recognizes what we have seen before, regardless of the hippocampus. As a result, there was no difference in cognitive memory ability between the rats fed the normal diet and the rats fed the sugar water. This indicates that high sugar intake in early childhood may interfere with hippocampal function. In addition, the research team confirmed that high sugar intake increases intestinal bacteria called Parabacteroides in rats. We also found that the more Parabacteroides, the worse the scores on the learning and memory tests.

Therefore, deliberately increasing Parabacteroides in the intestines of non-sugar rats resulted in adverse effects on both episodic and basic cognitive memory in rats. The results showed that 'ingestion of sugar from an early age and an increase in parabacteroides in the intestine adversely affects memory function in adulthood,' the researchers argued.

Emily Noble, assistant professor at the College of Family and Consumer Sciences at the University of Georgia, the lead author of the treatise, said, 'The challenge for the future is to elucidate how gut bacteria affect brain development. By clarifying how intestinal bacteria affect brain development, we can understand what the internal environment is necessary for the healthy growth of the brain. '