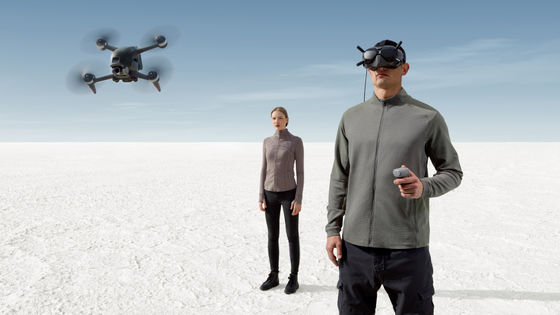 When I was a kid, many people would have thought, 'I want to fly freely like that!' While watching the birds flying in the sky. With a drone that can fly at a maximum speed of 140 km / h and a set of goggles that allows you to see images from the drone in real time, ' DJI FPV ' allows you to operate the drone from the perspective of actually flying in the sky. Is possible.

You can see what kind of drone 'DJI FPV' is by watching the following movie. The audio is in English, but it can be played with Japanese subtitles.


DJI FPV is a drone equipped with a high-performance camera that supports 4K ... 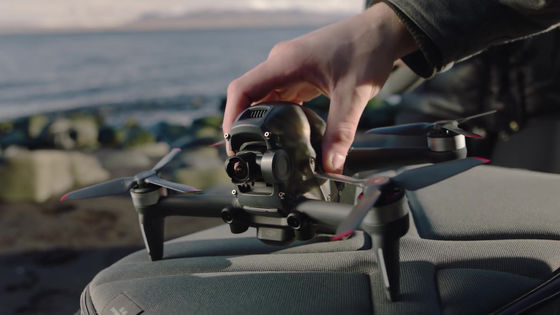 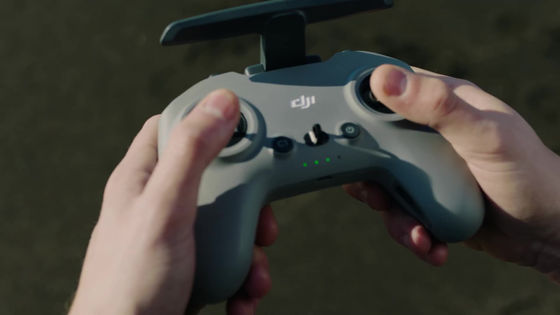 And it consists of goggles. 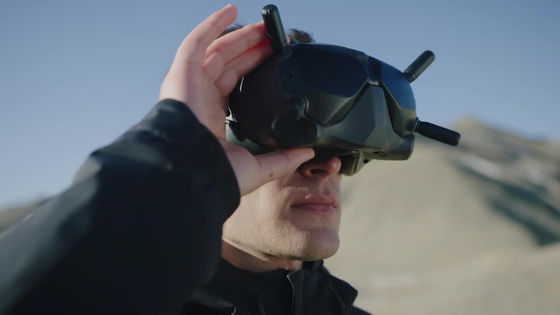 When a drone equipped with four propellers takes off ... 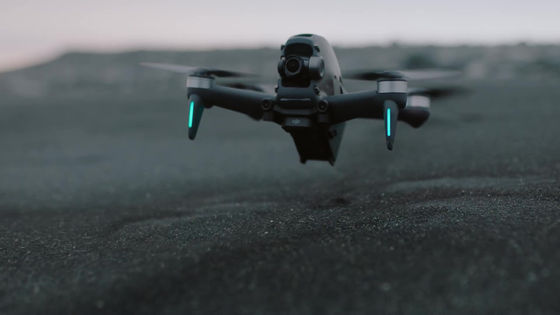 The video seamlessly transmitted from the drone is projected on the goggles. This allows the DJI FPV to steer the drone from a first-person view (FPV). 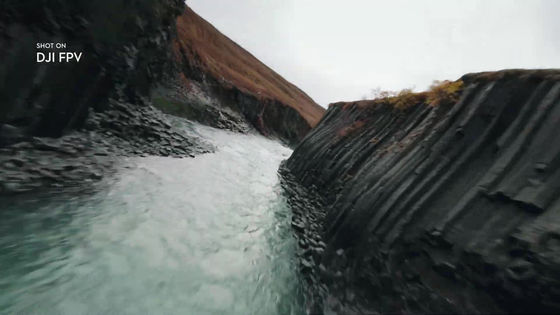 Although maneuvering a flying drone requires skill, the DJI FPV is equipped with three flight modes for anyone to handle. The first 'N mode' is ... 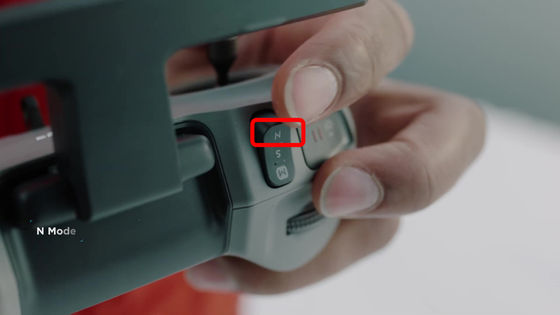 In normal mode, which is positioned as 'for beginners', it can be operated in the same way as a conventional drone. In addition to keeping the altitude constant by automatic hovering, the speed limit of 54 km / h and the obstacle detection function allow you to fly the drone safely. 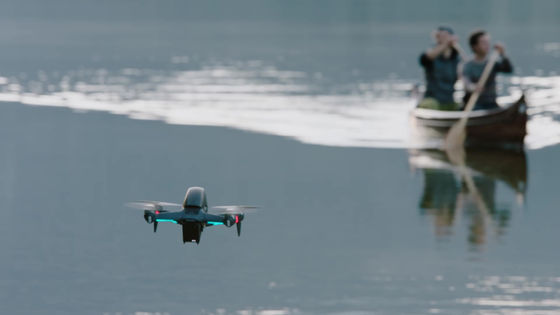 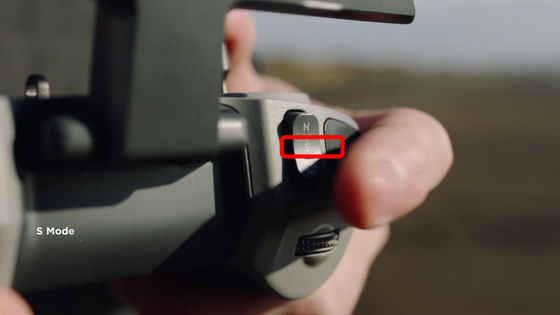 The maximum speed is about 97km / h, which is quite high, but the aircraft is automatically kept horizontal. 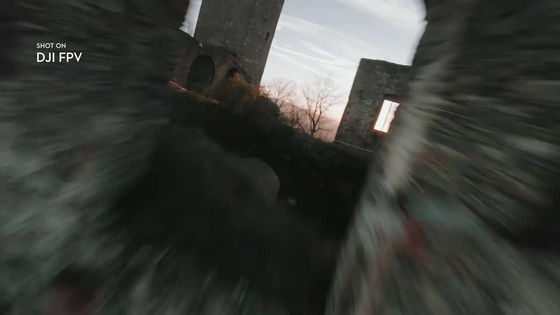 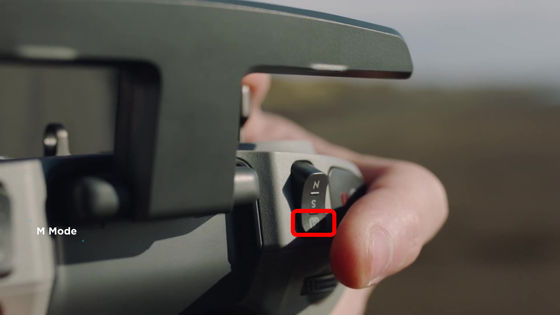 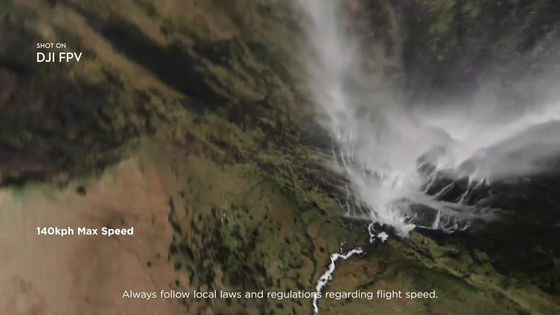 Since the function to maintain the horizontal state is automatically canceled, somersault is also possible. According to the IT news site The Verge, this method of operation is called 'acro' in the FPV world, and it takes hundreds to thousands of hours of flight time to learn. 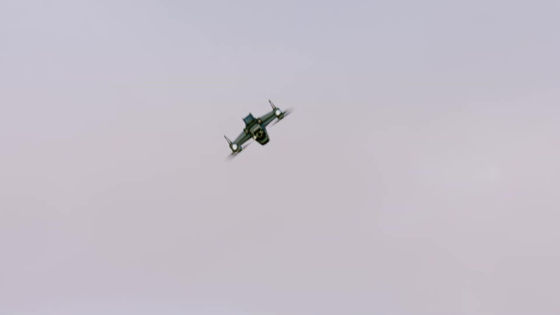 If you fly at this speed, you will be worried about crashing or hitting something, but if you press the 'emergency brake & hovering button' on the controller ... 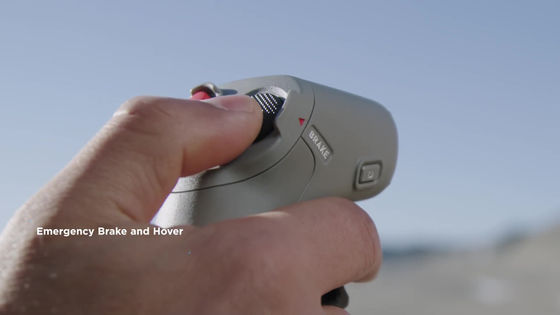 In all three modes, the aircraft will make an emergency stop and hover on the spot, so it can be used to avoid collisions in case of emergency. 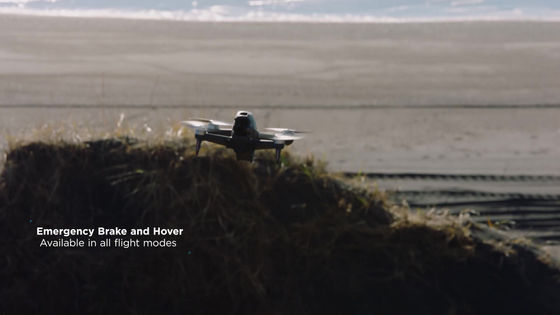 The controller also has an 'RTH (Return-to-Home) button' that automatically returns with a single push. 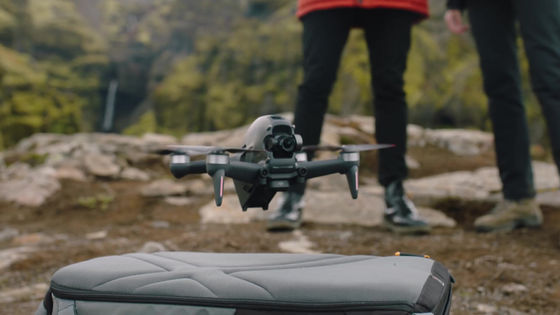 The power source is a replaceable battery with a capacity of 2000mAh, and the maximum flight time is 20 minutes. 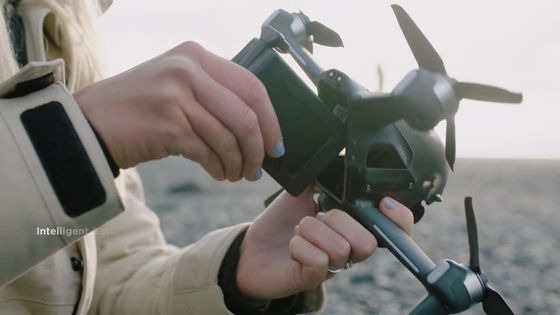 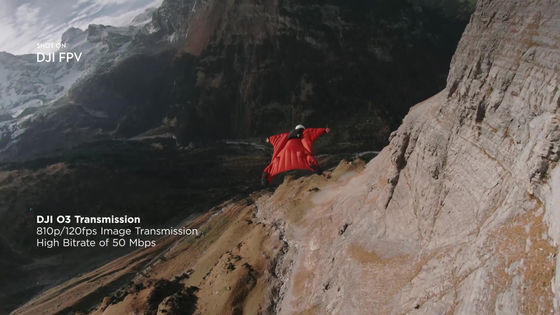 The goggles have a maximum field of view of 150 degrees, which is an ultra-wide angle, and depending on the setting, even the propeller of your own machine can be seen. 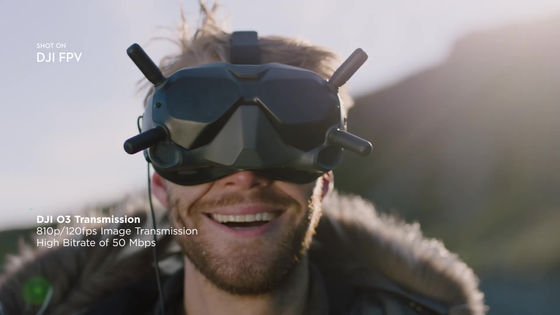 The Verge, who actually reviewed the DJI FPV, said, 'Since I have

used the DJI Mini 2 before, the challenge to FPV was not so difficult, but in M mode it is a scene that makes me sick. However, I'm sure I was completely absorbed in it, and every time I walked around the city or went somewhere, I said, 'Where should I fly the drone?' 'It would be fun to fly through that small gap.' I will think that. '

The DJI FPV Combo, which is a set of the main unit, controller, goggles, etc., can be purchased for 154,000 yen including tax. 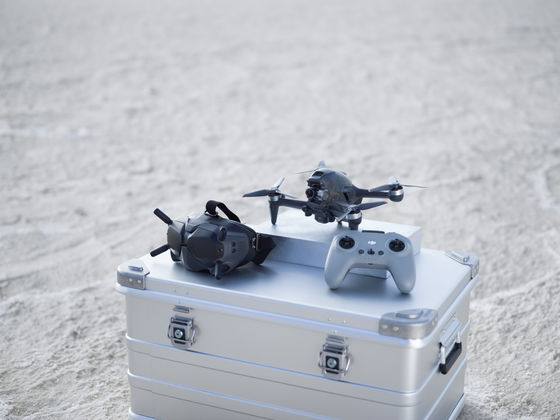