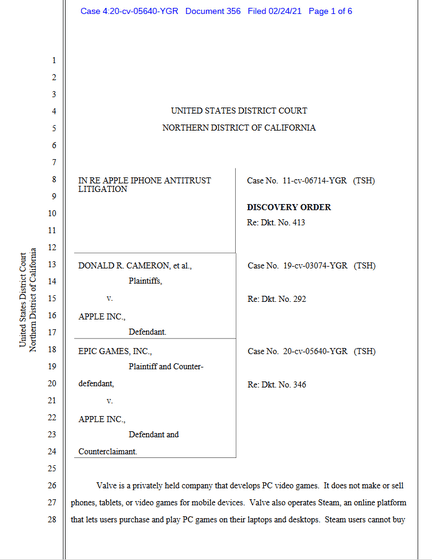 In August 2020, application to be delivered in the App Store app delivery store has appealed the point that it is not authorized to settlement means of third-party, Unreal Engine and Fort Night Epic Games is known for is the Apple lawsuit was. In the court battle, Apple said, 'It's important to establish another platform for delivering Fortnite that could be an'economic alternative'to the iOS App Store.' 'Epic Games.' Is extremely important in calculating the total market size of available digital distribution channels ', submitting data on PC game sales to Valve, which operates Steam, the world's largest game distribution platform for PCs. I requested. 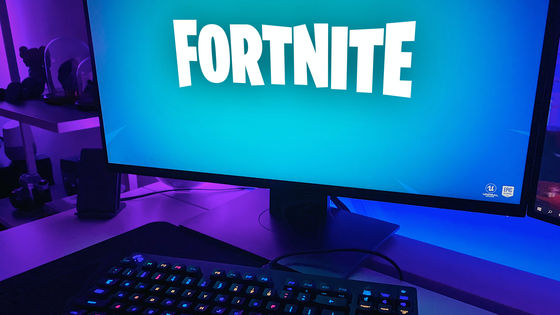 The data that Valve was asked to submit are: '1: Total annual sales of apps and in-app products, annual advertising revenue from Steam, annual revenue from external products from Steam, annual revenue from Steam, from Steam. 'Annual Revenue' '2: The name of each app on Steam, the date range when the app became available on Steam, the price of apps and in-app products available on Steam'. In response, Valve refused to submit because 'this information is exclusive, has nothing to do with Apple's case, is expensive to create, and is very difficult to create in the first place.' Was there.

However, on February 25, 2021 local time, a court order was issued to Valve to accept Apple's request and submit the data. Apple's allegations have not been fully acknowledged, and the only order issued to Valve is 'pricing and submission of sales data for'436 specific titles available on both the Steam and Epic Games stores.' .. Initially, Apple even asked for data on more than 30,000 titles and Steam's annual revenue data, so Valve's claim was partially accepted.

Judge Thomas Hixson of the Federal District Court for the Northern District of California, who is in charge of the case, claimed that Valve 'does not sell games for mobile devices and tablets and has nothing to do with the case related to app sales.' Any game sold on both Steam and the Epic Games Store is relevant. ' He said the contrast with Steam would be useful in considering Epic Games' claim that the App Store's 30% fee is anti-competitive.

Judge Hixson also took into account Valve's claim that 'creating materials requires multiple employees and hours of detention, which is a heavy burden,' and Apple claimed 'sales data after 2015.' Instead, we are ordering you to submit only 'sales data from 2018' when the Epic Games Store appeared.