US and China are already fighting for 6G hegemony Commercial services for the 5th generation mobile communication system (5G) will start in earnest in Japan in 2020, but the development of the next generation, the 6th generation mobile communication system (6G) , has already begun. At the time of writing the article, the international standard for 6G has not yet been developed, and it is still in the theoretical stage, but Bloomberg reports that development competition is already intensifying between China and the United States.

Forget 5G, the US and China Are Already Fighting for 6G Dominance
https://www.bloombergquint.com/technology/forget-5g-the-us-and-china-are-already-fighting-for-6g-dominance

However, Bloomberg points out that the United States is trying to regain its position as a technology powerhouse with the development of 6G. 'Unlike 5G, the United States will not easily lose the chance to drive 6G,' said Viclan Gandhi, senior industry director of information and communications technology at Frost & Sullivan , an American consultancy. 6G development competition will be more intense than 5G. ' Although the international standard for 6G has not yet been decided, it is said that ultra-high-speed communication with a transmission speed of over 100 Gbps to 1 Tbps and ultra-low latency of less than 0.1 milliseconds will be implemented. However, at this time, there is no modem chip that can transmit information at 1 Tbps, so it is considered to be far from being realized. 'Even as of February 2021, 5G services are only available in a limited area of about 100 carriers worldwide. It could take at least 15 years to achieve 6G,' Gandhi said. There is. '

However, researchers are already in place to do their best to advance 6G research. The Alliance for Telecommunications Standards (ATIS) of the United States is a 6G-related technology development promotion organization ' Next G Aliance ' jointly with major technology companies such as Apple, AT & T, Qualcomm, Google, Samsung, etc. to 'promote American leadership with 6G' Was launched in October 2020. The EU is also launching a 6G wireless project under the leadership of Nokia.

Gandhi said, 'Technological advances, especially futuristic and complex things like 6G wireless communication, need to be carefully developed. We believe that the state and private companies cannot start developing 6G right away. That's why the United States has taken the initiative in 6G development, such as at the Next G Alliance. ' 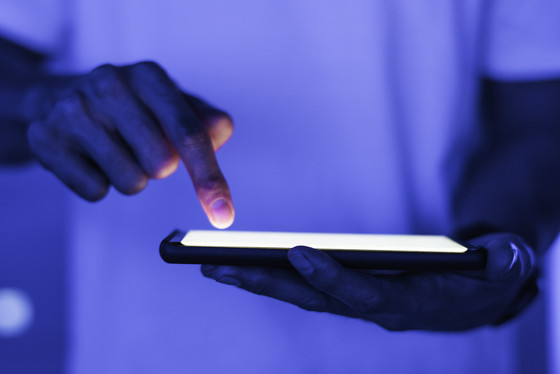 'China is monitoring and curbing the US and European markets in anticipation of a certain loss in the future,' said Paul Timmers, senior adviser to the German think tank European Policy Center . It shows that China believes that its technological development is inseparable from the national ideology. '