Who has been producing Steve Jobs' keynotes for 20 years, including the legendary iPhone presentation? 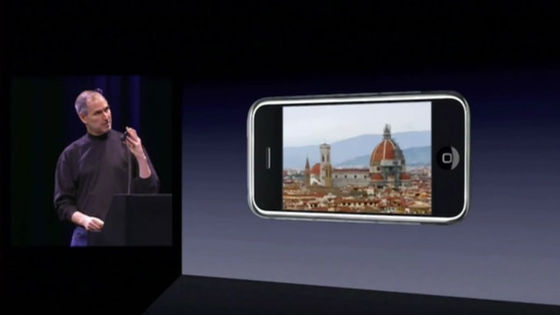 Speaking of Apple's keynote, many people will have many memories of the late Steve Jobs, such as the phrase '

One more thing ... ' used when announcing a new product. Cake co-founder Chris McCaskill interviews a person who has been producing such an impressive Jobs keynote for 20 years.

Steve Jobs founded Apple in 1976, but was dismissed from all operations in 1985 due to poor performance and poor internal relationships. After that, Jobs founded NeXT and showed success such as acquiring Pixar. In recognition of these achievements, Jobs returned to Apple in 1996. Wayne Goodrich is the person who has supported the keynote speech, which can be said to be synonymous with Jobs, for 20 years since the NeXT era.

Apple's 2007 keynote, when Jobs announced the iPhone, is sometimes referred to as 'the best presentation in business history.'


To Goodrich, who has produced such a keynote speech for Jobs, McCaskill said, 'There are many humorous aspects to Jobs' presentation, such as heroes, villains, and twists. The time you spend with Steve is the keynote. Did you influence the production of the lecture? '

Goodrich said, 'It definitely influenced! Steve's presentation at NeXT was primitive, and his subsequent experience with Pixar influenced the dramatic storytelling at the time of the iPhone announcement. Obviously, what most people are unaware of is that the 90-minute presentation has emotional ups and downs like a Pixar movie. The presentation has heroes and villains, action parts, humor and a twist of the plot. And so on. You have to be careful not to let the audience get bored. You have to manage the evolution to the climax. Steve understood this better than anyone else. ' I answered.

Also, regarding the presentation at the time of the iPhone announcement, 'I wanted to give a presentation so that the audience would be trapped in a magical moment and how things were done so that they could not think about it. At the time of the presentation, I wanted to show that the picture on the display also rotates automatically when the terminal is turned sideways, so instead of showing the actual iPhone that Steve had in his hand with the camera, only the image of the iPhone is projected on the screen. I decided to do it, but that alone wouldn't tell me exactly what was going on, so Steve's next to it was a big screen showing the magical behavior of the iPhone during the presentation. I placed the demo. When Steve turned the iPhone sideways, the iPhone on the screen also turned sideways so that the audience could see the magical moment. 'Goodrich said. 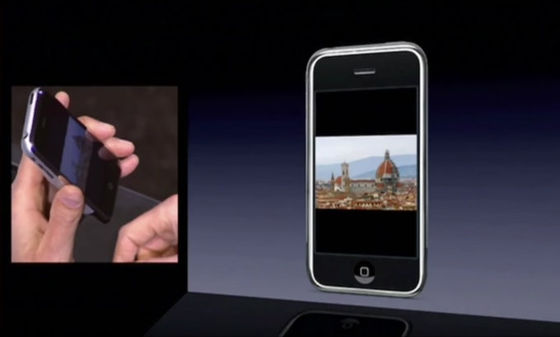 It seems that Apple engineers needed help to rotate the iPhone on the screen sideways in synchronization with the movement of Jobs on the stage. It seems that the engineers spent about a month devising ideas to achieve this.

Jobs' magical presentation seems to be based on his experience at Pixar, and by establishing a constructive feedback process, he said, 'We improved the quality of the presentation while incorporating the opinions of others.' Mr. In fact, the rehearsal was held one to two weeks before the keynote speech, and the slides and demonstrations used in the presentation were commented.

'When I was at NeXT, Steve was incredibly demanding and many could have a long-lasting relationship with him,' said McCaskill, who also worked for Jobs' founding NeXT. I couldn't do it. How did you work with him for 20 years? ”I asked Mr. Goodrich a question that seems to be a former subordinate. In response, Goodrich said, 'I have left work three times in the past. One of them sent an email to the Human Resources department and officially resigned. I said,'I'm fired!' The number of times he was yelled at was known to God, but he never left him. In essence, I wouldn't have wanted to leave him. He said he was a tough person but didn't want to leave Jobs in the end.

Regarding the opinion that Jobs makes strict demands on employees, Goodrich said, 'The anecdotes about Steve came mainly from those who did not survive around him. Those who became close to Steve are the rules. I knew, I knew how to work with him, I knew his core demands and what he was trying to achieve, so the people around me had problems with Steve. No. Someone told me early on, 'If you do something great, you won't get praise from Steve except in rare cases, so you have to admit yourself. A lot of people who aren't used to the relationship with Steve are coming in and trying to announce product plans and praise him, but they usually do a great job. Steve's decision was correct in most cases because he didn't. '

He added, 'Steve was a complicated person, but he always wanted the best of everyone. He was also a very caring person. He was my daughter 4 years old. I've known her since then and invited her to events and rehearsals, and I've asked her several times when she wasn't able to decide on the specific graphics the team would use. ' , Testifies that Jobs was a compassionate person. 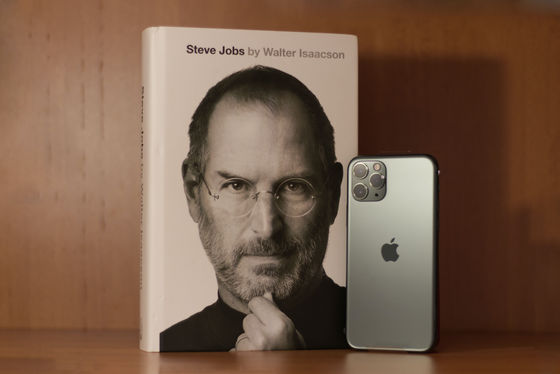 In addition, Goodrich said, 'Would you like to help me give a keynote like Steve?', And those who do, I wrote the script for the presentation and wrote the entire slide. I'm hoping to create one, which means I don't really understand what it really takes to make a great presentation like Steve. ' In addition, Goodrich talks about his interaction with Jobs when the iPad went on sale. At that time, Goodrich said that he was taking beautiful pictures of the iPad for release, but he said that it was 'very difficult' to take what Jobs imagined. The team of Goodrich and others was taking multiple photos, but Jobs wanted 'a beauty shot with a clean edge and the Apple logo in the upper right.' The problem was that the 30-pin connector on the long side of the iPad was reflected. The actual iPad was equipped with only one 30-pin connector on the short side, but when Goodrich and others were taking pictures, one connector was placed on the long side and one on the short side.

It seems that Jobs was satisfied with the photos taken by Goodrich and others, but when Apple's keynote speech approached, Jobs said that he was not satisfied with the photos on the iPad. is. However, Goodrich et al. Thought that 'there is no better way', so they sent Jobs the long side of the iPad processed with Photoshop. At that time, Goodrich's team thought that Jobs would laugh at the picture, but the actual reaction of Jobs was 'This is exactly what I was looking for ...' It seems to be. In other words, Jobs couldn't take a beautiful photo that he liked, so the 30-pin connector was removed from the long side of the iPad.