Oculus Quest now supports Facebook Messenger, allowing you to stay in touch with friends while wearing a headset 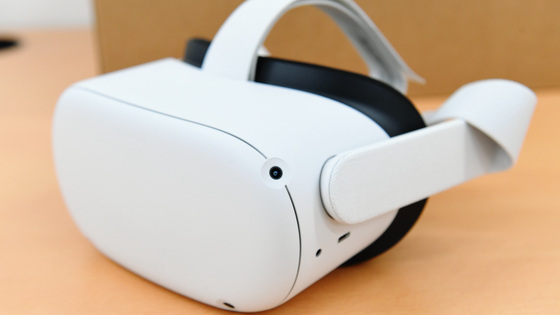 On February 2, 2021, VR company Oculus announced a software update that will be version 25 of the standalone VR headset '

Oculus Quest '. With this update, Oculus Quest is now clear that it supports Facebook Messenger , a chat tool provided by its parent company Facebook.

You can send and receive messages without removing the headset, and the message to the other party is 'input with VR', 'send a template of the message prepared in advance', 'input text from voice' 3 It can be created in one way. You can also create an Oculus Party from Facebook Messenger and join the same game with your friends and play with them. Even if you use Facebook Messenger on Oculus to interact with your Facebook friends, the existing Oculus privacy settings will not be changed. You can still use your existing Oculus username to send messages to your friends using Oculus Chat.

If you plan to lend an Oculus Quest to a friend or family member, you can always sign out of Messenger by setting up Messenger. As a result, Messenger messages to you will not be seen by your friends and family.

In addition, version 25 of the Oculus software update adds App Lab , a feature that allows you to distribute VR apps under development for free or for a fee, without the need for Oculus Store approval or sideloading . According to Oculus, 12 titles have already been distributed on App Lab as of February 2, 2020. Oculus says the App Lab was designed to help VR developers reach their fans early and build a community. It should be noted,

Oculus by Oculus platform overall profitability is soaring, according to, things that the revenue of a few hundred million dollars (about a few billion) by about 60 titles that have been provided in February 2021 .. Oculus said, 'One of the three paid apps on the Oculus platform is making more than $ 1 million (about 100 million yen),' said a stand-alone VR headset. Thanks to Oculus Quest 2, VR developers are making meaningful profits. 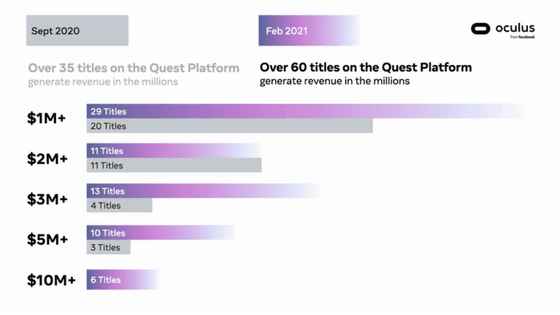