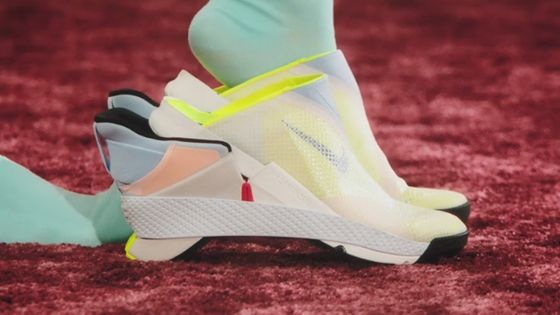 On February 2, 2021, NIKE announced a new sneaker ' GO FlyEase ' that can be put on and taken off without using your hands. GO Fly Ease can be put on and taken off with intuitive operation only with the foot, so it is convenient when the hands are occupied or when there is no time, and it is easy for people who can not tie shoelaces or hold shoes due to obstacles or injuries. It can be attached and detached.

Nike has developed the ' FlyEase ' model as a lineup of sneakers that are easy to put on and take off, such as slip-on sneakers with increased flexibility in the part where you put your feet , sneakers that are zippered instead of shoelaces, and heel parts. We sell sneakers that you can wear by pulling the band . The newly announced GO Fly Ease is a sneaker that can be put on and taken off completely hands-free, further developing the aspect of 'easy attachment and detachment'.

The GO Fly Ease, which is placed on the carpet, is shaped like a mountain-shaped sneaker, and when not worn, there is space in the arch. 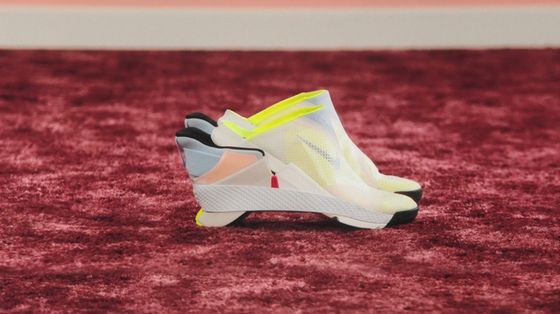 When a person inserts his toes ... 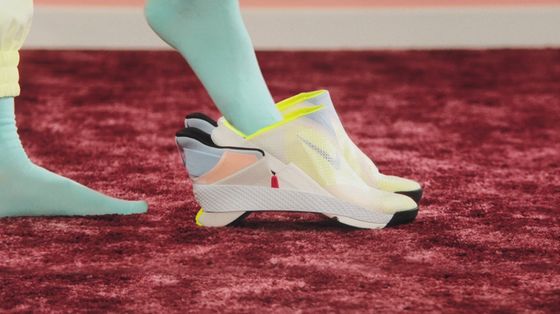 Sometimes the heels are pointing up, so I went into the toes and slurries. 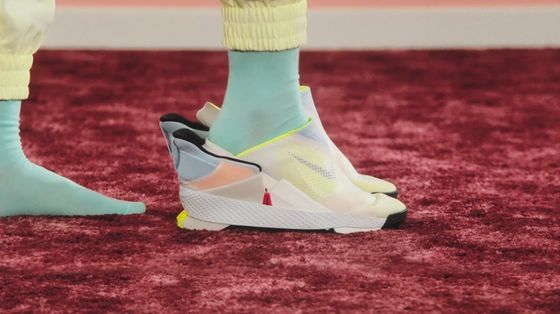 When you push your foot in as it is, the mountain-shaped shape transforms like ordinary sneakers. It fits your foot perfectly. 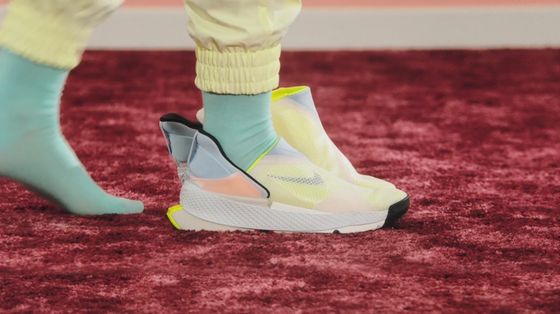 The other can also be worn hands-free ... 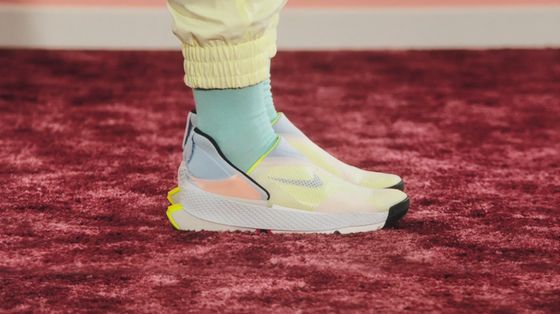 You can start walking without having to bend over or use your hands to put on your shoes. 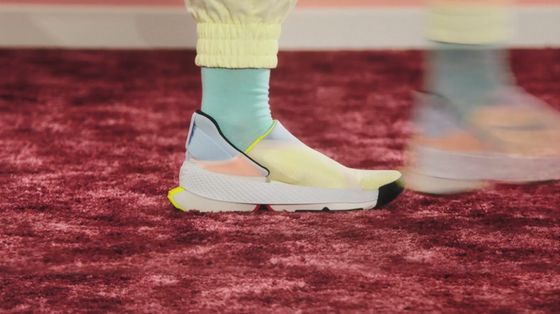 To take it off, just hold the heel of the sneaker with your other foot and pull it out. When not wearing the GO Fly Ease, it can be fixed in a mountain-shaped state, so it can be taken off without trampling the heel or putting an excessive load on the entire shoe. 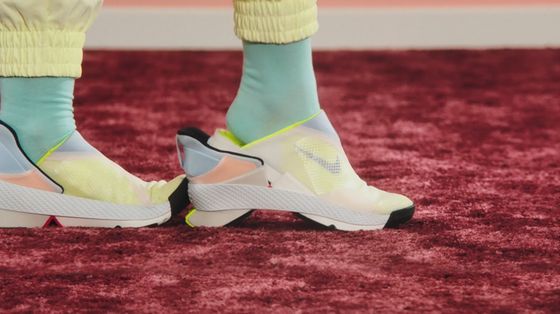 The GO Fly Ease is fixed in a mountain-shaped shape, making it easy to put on again even after taking it off. 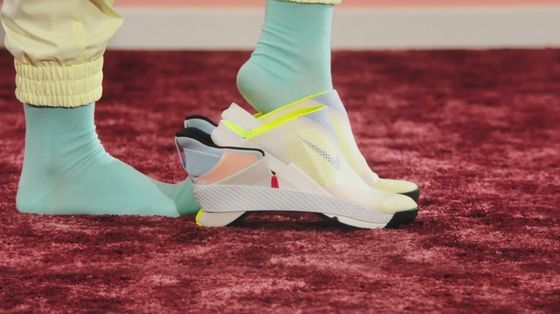 You can see the movie that the developers explain about GO Fly Ease from the following. Therefore, Nike's sneaker engineer Tim said that he started developing sneakers that can be attached and detached without using hands. 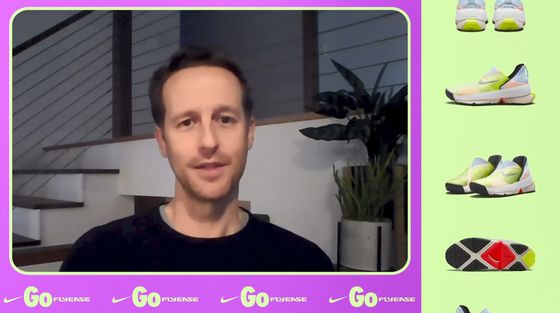 The prototype created by Mr. Tim is a dynamic one in which the part other than the insole of the sneaker is cut in half in the middle and the heel is fastened with a band. 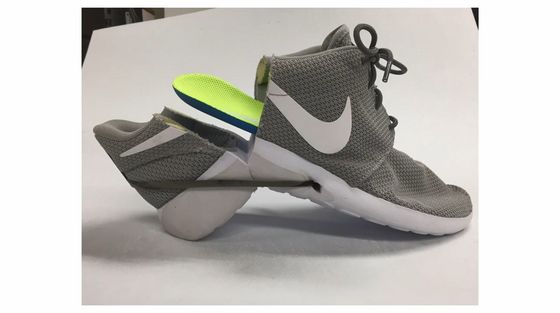 Designer Haley describes the prototype as very simple and smart. 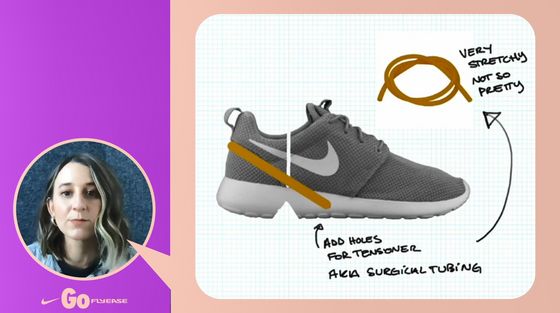 Actually, this prototype is difficult to look at, but it seems that it can be worn smoothly without using hands. 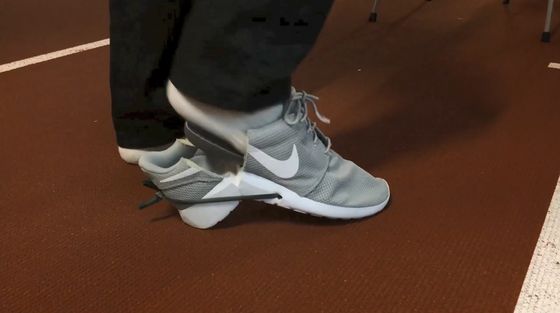 The GO Fly Ease was developed in collaboration with Tim, Haley, and Johnny, an innovator team. 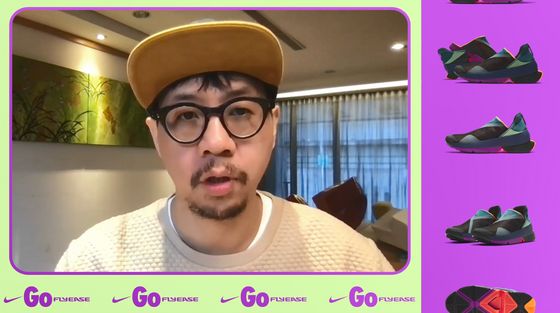 GO Fly Ease is based on very precise calculations ... 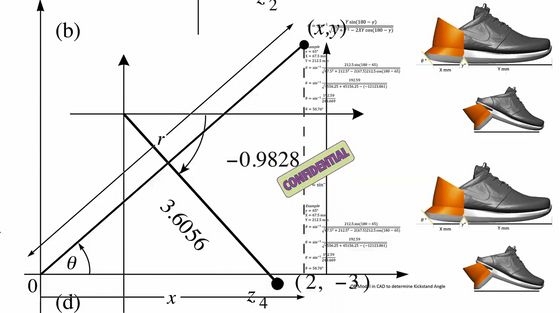 The development team exchanged many ideas. 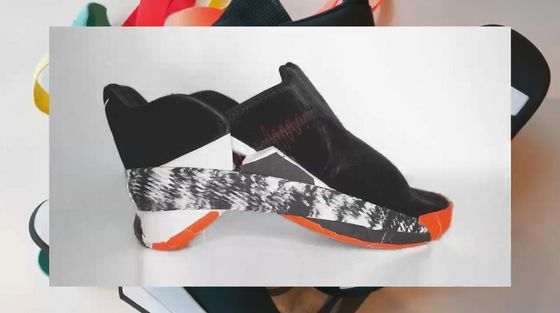 A flexible band called Tensioner is wrapped around GO FlyEase. 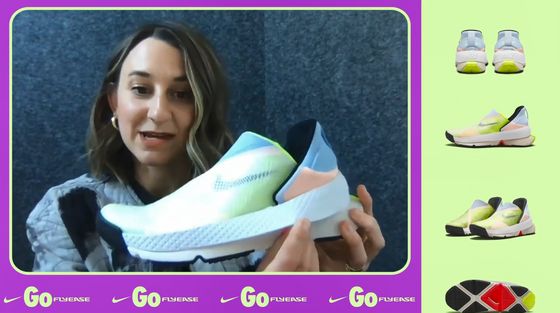 By the function of the tensioner, the shape can be fixed both when the sneaker is open and when it is closed. 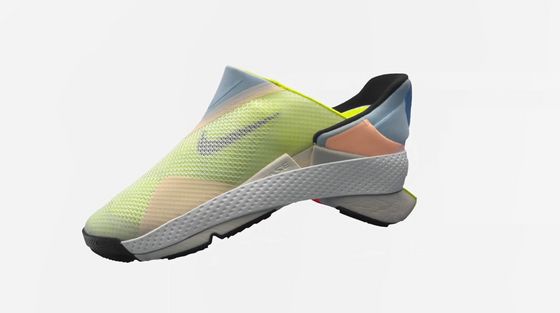 In addition, the hinges on the sole of the shoe allow the shoe to pop open and close. 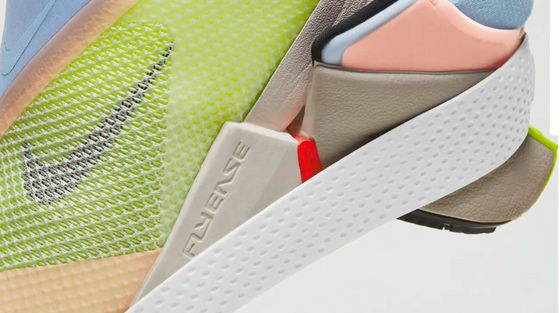 Of course, it's not possible to sell it as it looks like broken sneakers, so the development team had to stick to it. 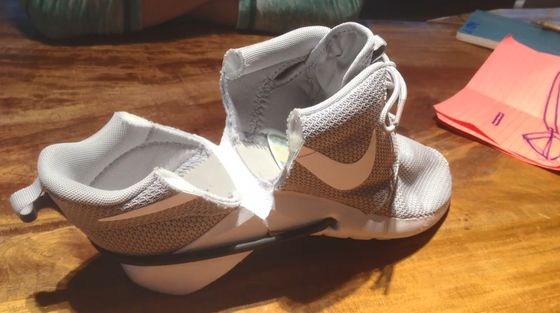 In particular, it was a big issue in development to balance the function of the tensioner that fixes the whole and the beauty of the appearance. 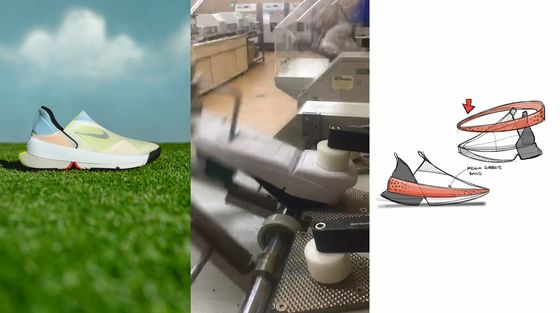 The GO FlyEase developed in this way can be closed ... 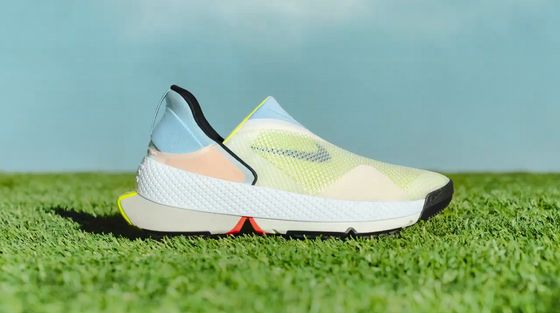 It is designed to look beautiful even when it is open. 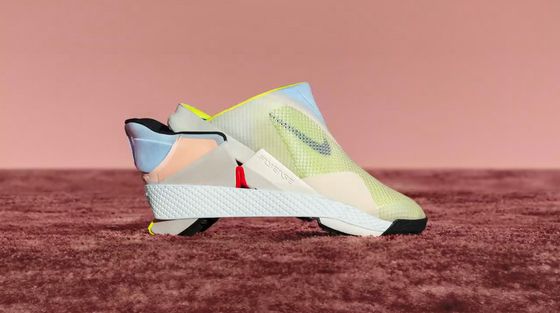