Subway is accused of 'no tuna in the tuna' 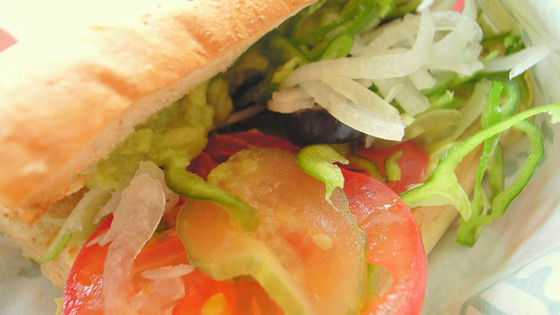 The sandwich ' Tuna ', which Subway clearly stated that tuna was included in the ingredients, was accused of 'actually no tuna.' As a result of scientific inspection, the plaintiffs claim that 'subway tuna is a mixture of foods other than tuna.'

Subway's tuna is not tuna, but a'mixture of various concoctions,' a lawsuit alleges --The Washington Post
https://www.washingtonpost.com/food/2021/01/27/subway-tuna-lawsuit/

Two people, Karen Danova and Nilyma Amin, from California, USA, filed this complaint. Both 'blend different mixtures to mimic the appearance of tuna. In fact, they don't even contain fish, let alone tuna.' 'Trick consumers in anticipation of the known benefits of tuna. He filed a lawsuit in the Federal District Court for the Northern District of California, alleging that Subway was committing fraud and misrepresentation.

Scientific testing is the basis for Mr. Danova and Mr. Amin's claims. Both sides said that as a result of component analysis of multiple samples at an independent research institute, it was found that the subway tuna did not even contain fish, but on the other hand, they refused to publish the components.

This is not the first time Subway has been accused of misrepresenting it. Subway was sued in December 2020 based on the results of a component analysis that '42.8% of the raw material for chicken strips is chicken and most of the rest is soybeans', and in 2013, 'Footlong' The length of the sandwich is 2.5 cm shorter than one foot (singular foot, 30.48 cm). ' Regarding this tuna case, Subway argued that 'our tuna is made only of salted tuna flakes, mayonnaise, and flavor protection additives.' A spokeswoman for the company said, 'These unfounded accusations are damaging to our franchisees offering tuna, which is not true, and our brand, sales force, and honest owners. It's an inappropriate attack that threatens the livelihoods of the franchisees it operates. The plaintiff's allegations are shallow, under-investigated, and legally and practically unfounded. '

A Subway spokeswoman commented, 'These proceedings are part of the trend that lawyers file suits against the food industry for marketing purposes.'